In life, we often find ourselves in places that we are not meant to be; places that we don't have a connection to or even relate to us in any way yet we find ourselves attracted to it. Maybe that's why heartbreak happens or even love. Is Love real or is it just a fantasy that we create for ourselves? If love is painful then why do we look for it? Why do we crave for it? Why?! Why?! I had so many questions regarding this issue but yet I did not have any single answer at that time.

"How does beauty contribute to love?" is a question I often found myself asking but I did not get the answer till I met her.

"Hey, Ryan are you ready for the camping trip?" David wiggled his eyebrows as he stood next to my locker. How can I forget about this "so exciting trip" that had everyone talking about it? It had been the hottest topic in school since the news of Beatrice's boob flash. Speaking of Beatrice, I hoped that the witch and her so-called "boyfriend" are not going because that would ruin my entire weekend.

"Ugh- Please tell me Beatrice and Andrew are not coming. I would do anything not to see their faces." I looked at him hopefully. "Come on David, My life is in your hands now. Give me the good news or you're banned from my friendship for a week." It is his party; so he can decide whether to invite him or not. Since he is my best friend, I prayed he didn't invite them.

"Well, you see Ryan, I tried my best to stop them from coming but-" before he could finish that sentence I knew what was coming.

"But they forced themselves anyway and he threatened to tell your parents that you vape, right?" I watched his face for confirmation.

"Yep, that's exactly what happened. Andrew and his girlfriend are both assholes. " He gave me sad eyes. "I'm sorry Ryan, I tried my best."

"Hey! Hey, it's okay. It wasn't your fault, okay? You are the best guy and I love you for all you have done for me." I patted him on his shoulder.

He did mean a lot to me. I met David when I was a naive 7-year-old boy. He saved my ass from a couple of boys whom I thought were my friends, yet they backstabbed me by spreading rumours to the girl I liked. Of course, whatever they told her made her stop talking to me. I didn't even know what the rumour was - what could they have possibly told her to make her ignore me? Then one day, out of nowhere, they all ganged on me and when David saw what was happening, he jumped in to help me.

David is a pretty scary guy when you first meet him but don't let his broad shoulders and toned body fool you because he's just an awesome, fluffy guy on the inside. This idiot and I had been friends for eleven years now.

"So I hope you're ready for the weekend though. We are gonna set you up with a cute girl with a nice ass." He licked his lips and gave me his usual looks that said: "And after that, I'm gonna find one that has a nice ass and bang it out all weekend." David had a weird fetish for girls with a huge ass. I don't even bother with him and his weird fetish at this point.

I rolled my eyes. "Don't you think they deserve better respect than that? There is something more to them than 'their big asses'. "

"I just hope you find a girl who whoops you into a good boy." I laughed at his repulsed face.

"Let's first find you a girl who can change your innocence." His lips twitched and then he let out a laugh that made everyone in the hallway look at us.

"Just kill me and take me out of my misery." I banged my head on my locker and David laughed at my misery. Ah yes. My life is a comedy for him.

"Are you excited that you are graduating soon?" Miya wiggled her eyebrows at me. It was her way of teasing me and she loved doing it.

"Aren't you graduating the same time as me? Why in the world are you teasing me for that?" I looked at her questionably.

"Well, you're about to go to college. Don't you think it's high time for you to lose your virginity?" She smirked at me. Damn! She was acting like I'm forty years old or something. I just thought it wasn't necessary to lose my virginity. I wanted to do it when I found one.

"Says the virgin herself." I gave her a mocking smile in return.

"Damn! Touchy." She winked at me. "So I heard from Drew that you're going to the camp, is that true?" She took her books and spread them on her desk.

"That boy spreads news faster than propaganda media. Maybe he should consider working for them," I groaned.

Drew was our school newsman. No rumour could pass him. Once he hears one, he spreads it faster than the blink of an eye.

"It's not a lie, dude." She nodded her head. "So are you going or not?" She lifted her eyes from her books.

"Yeah. I need a break from all this, you know? Besides, it's just the weekend." I shrugged my shoulders.

"Yeah, well what about Beatrice and her dog? Aren't they going too?" Her eyes darkened when she mentioned Beatrice's name. While what Beatrice did to me was bad and it affected me negatively, I believed that it affected Miya the most. I thought she had a crush on Andrew and when I tried to confront her about it, she denied it all.

"I know, and to be honest, at this point I should not let that control my life. I don't even give a fuck about it anymore." I gave her a reassuring smile.

"Yeah, fuck her and him! They do not deserve your love." She raised her middle fingers in the air.

"Miya! What in the world are you doing by raising your finger inappropriately like that?!" Mrs Moening screeched from across the room.

"Nothing Mrs! I was just showing Ryan how to fuck with people who mess with him." She called back without a care in the world.

"Ok! That's it! Detention for the rest of the week for you, Miya." The teacher pointed at her.

"Gladly Mrs M! Does it come with fries and soda? I would love that." She grinned wide at the teacher. Did she only ever think about food? I mentally shook my head.

"Oh for goodness sake! I can't take your attitude." The teacher grumbled and went back to her work.

"No one can. That's why I'm still single," she sang with a laugh.

Just as the teacher was about to reply, we were saved by the bell. So glad today was a short day. All the classes were cut down on time. The moment Miya heard the bell, she packed her stuff and dashed out of the room.

"Hey! Why aren't you waiting for me?" I shouted to her retreating back.

"Food can't wait!" she called over her shoulder.

That's Miya for you.

I met Miya when David and I joined Middle School. She had always been like an older sister to me. The one I could trust with anything. To be honest, she had always been the type of girl who wasn't afraid to tell you what's on her mind, and that's what I love about her.

"Ugh, finally school is done. I can't wait to wear my pyjamas and watch Netflix surrounded in snacks." Miya stretched her arms up as we left our last class.

"Well, for me I'm just excited to pack my clothes for the weekend." David gave a wink to Miya. The bastard always liked to tease her.

"You are the most annoying guy I've ever met," she groaned and gave him a slight shove.

"But you love me though," he sang as he wrapped his arm around her neck and raffled up her hair.

"Boy! What did I say about touching my hair? Do you know how long this takes to fix?" This time she fully shoved him and he lost his balance, falling over.

"You should never touch a girl's hair, David." I laughed at this perplexed face. "They are passionate about that." I petted Miya's head and tried to fix some of the mess he made.

"Aww, you're really sweet Ryan, unlike this idiot." She patted my cheek and glared at David.

"Damn Lady. I understand. Never touch a lady's hair. Now please stop staring at me like that." He got up and patted his jeans to get rid of the dust. "It always gives me jitters." He mocked a shocked expression as if he had goosebumps.

"So what are you two going to do at the camp?" Miya glanced at the both of us, specifically at me as we reached the park where I parked my car. In a way, she was warning me to be careful and not to put myself in danger or trouble. Maybe it was because of my past, or because I was too trusting that she was worried.

"I'm there, of course, he'll be safe," David announced.

"That makes me even more worried." She held her chest and pointed at him. "You're a wild one. So how are you gonna make sure that he's safe?" She gave him a questionable look. She was acting like I couldn't protect myself. The audacity!

"I can protect myself, Miya." I rolled my eyes at her.

"Aww, I know that, you big man." She grabbed my biceps to prove her point. "I honestly don't know why you wear sweatpants all the time."

"Now don't judge what I wear. It's comfortable." I pushed both of them out of my way to climb into my car.

"Aww look, he blushes when he's complimented." David laughed pretty hard at that.

"Get the hell out of my car," I groaned to both of them. They had been teasing me the whole damn car ride.

"Okay Sucker, we're leaving. don't forget to pick me up tonight." David ruffled my hair and got out of the car. Ugh! What a douche. I still love him, though.

"Be safe Ryan. Make sure to call me in case of an emergency." Miya looked at me, clearly worried, and patted my shoulders before she got out. David and Miya are neighbours, so I could drop them off at the same time.

"I will." I gave her a warm smile before I roared my car back to life and pulled off. Well, I couldn't wait to see how the weekend went. 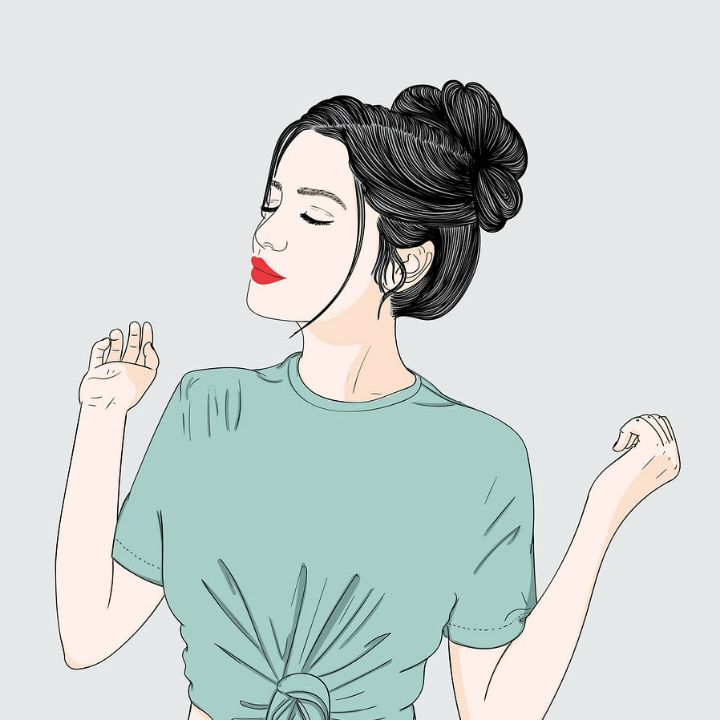 Hello Guys, This is your author, Jiana. Just wanted to let you know that I took down this book to be edited again. I really thank you for your patience and I hope your support for this book continues. Thank you :) Jiana Love

| Like
Comments (1)
adiwahyubowo
This is one of the best story I've read so far, but I can't seem to find any social media of you, so I can't show you how much I love your work
VIEW ALL COMMENTS