"From all the classes that this school has , did they have to put me in the ones which are on the third floor ! Only looking at these stairs makes me want to change my class . " said Kiara .

While going up the stairs she started to think about what Emily said .

'Why did your father lost his job ?.......These words keep bothering me even though it's been three years already . When will I be able to feel that childhood peace again ? ' thought Kiara a bit sad .

She saw through the window the sun shining bright .

" Things may be hard but I am not someone who surrenders to misfortune easily ." said Kiara .

She realized she was about to reach the third floor but a weird scene from the window cough her interest . She saw two tall men wearing old clothes and taking a girl , around the age of 17 years old by force .

' Kiara go on . This has nothing to do with you . Maybe they are discussing something .' thought Kiara but when she looked at the girl she realized that she was wearing a very expensive dress from the most well-known luxury brand "Farfalla rose " .

At that moment those men put a napkin in that around the girl's nose and mouth . Immediately she lost consciousness .

Kiara looked at her phone . The lesson was about to begin . At that moment she saw some other stairs from the window that could directly reach there . The thought of calling a teacher or someone might lead to a big fuss . She looked at the girl and again on her phone .

She went down through those stairs and without making any noise approached them without being noticed .

" Good now that she shut up is easy to carry her . Thanks to her we will get rich . Are you sure he isn't going to take cops with him ? " said one of the men.

" Yeah ! Her brother cares about her a lot and won't do anything stupid like that . He is willing to pay any price for his little sister's safety . We have to go to the secret place and then send him the bad news to him . " said the first man .

" Hahahahaha , yeah ! Now go take the keys of the van and bring it here cause I parked it in the front . " said the first man .

" Why parking it in the front ? It would be easily discovered that way . " said the first man .

"Don't worry thanks to all this mess created by those stupid students it wasn't noticed . " said the second man .

While listening to them Kiara thought that one of those men was familiar .

It was the gladiator guardian ! She was very surprised . Never would have she thought that that guy could be the kidnapper .

' You even dare to call yourself a guardian and even dare to tell me shorty ! I'm gonna make you pay for it by throwing you to jail . Just wait and see .' said Kiara in a low voice .

" Now go ! "ordered the so-called guardian . She decided to follow him and the moment he wasn't looking she entered at the back of the van .

" This van seems to be made of strong material . It will be hard to get out of here if they lock it ." said Kiara while looking at them .

The van started to move and in a few minutes, it arrived at the back of the school .

Kiara was scared of being discovered . She looked around , found a black blanket, and hurried to cover herself . The doors opened and he threw her in .

" Sleep well till we arrive ." said and closed the doors .

The van started to move . Kiara took out her phone .

"My brother will kill me but I need his help ." said Kiara and wrote him a message .

The moment they stopped Kiara understood that they had arrived at the secret place those men were talking earlier . She rushed and activated the GPS and send her brother the address.

Kiara knew she couldn't get out if the doors were closed so she decided to let herself be discovered by them . Then she got a brilliant idea . She texted her brother again to send her some photos .

The door was about to open .

" Take her to the magazine and be careful she's worth millions." said the first

At that moment , the first man saw Kiara who looked frightened .

" You ?! You're that shorty of this morning ! What are you doing here ? " said the first man in an angry tone .  After saying this he took a knife out of his pocket .

" If the reason doesn't satisfy me , I'll cut your throat . " said the first man with a threatening tone .

" Please , no ! I didn't follow you on purpose . It's just that this girl looked a lot like my sister and I followed to save her but the moment you put her at the back of the van I took a closer look and realized she's not my sister . " said Kiara , acting as if she was ready to faint from fear .

" You think I'll believe this shit reason ." said the kidnapper .

"Oh really ! Show me your sister's photo then . " said the first man with the knife tight in his hand .

Kiara took her phone out and showed him the photoshopped photos .The man looked at them carefully and saw that the girl in the photo and the princess were similiar .

"She isn't lying , they really look alike. Only because you showed the proof it doesn't mean that we are letting you go ." he said and was about to take the blanket .

" What a coward ?! I was just getting the blanket , my time is not worthy of being spent in beating a coward like you . "

" Take these two in the magazine and tie their hands . I have to think of what to do with this shorty . " said one of the kidnappers .

They took the two girls and locked them in the magazine .

"Wait here till I send the note to her brother . " said the first man .

"Yes , boss ! " after saying this he left with the van to deliver the letter .

"You will regret calling me shorty . Just wait and see what I'm gonna do to you !" said Kiara with a scary grin on her face when looking at the man who was left in the same room with them .

Comments (5)
dddnechols
magazine? isn't that something you read

Xiao Jian
Wow , she is brave Anastasia Romanov
She is rather daring Stjuarda gr6
She deserves a medsl for her acting skills 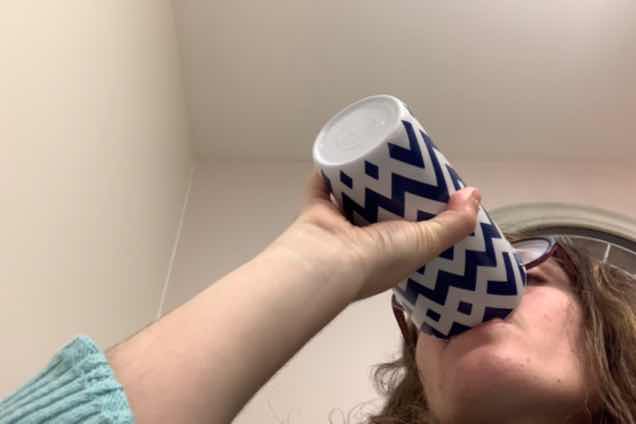 Antonia
Kiara......What will you do ?😅
VIEW ALL COMMENTS