"The lessons for today ended you may all go ! " said the teacher .

As soon as the lesson finished Sky found himself surrounded by a lot of girls. Emily was about to be squeezed in that huge crowd that was formed in the corridor. She managed to get out of there but when she turned she saw that Sky was about to lose his temper . He wasn't a very patient person.

'I can't let him explode or else the royal family will be in trouble ! Sky is half of its reputation.' thought Emily with a worried expression .

From afar she saw the bodyguards and made a sign telling them to go near Sky . When the bodyguards arrived the situation seemed to be cooled down a little . They started to push the crowd to give Sky some space .

" Now I have to go greet grandpa then I can find Kiara . Hope nothing bad happened . "said Emily and headed towards the chairman's office. On the way another bodyguard appeared and gave Emily a disc . He had a worried look on his face .

"Ms Emily please give this to prince Sky ! The postman said that the guy who gave him this letter said to tell the other party that it was important and when I read this note I thought so too . " said the bodyguard . Emily took the note . When she read it she couldn't believe it .

She saw the photo . Iris's beautiful dress was dirty and torn a little . Emily noticed that she was wearing the white silver necklace. This necklace was made of a special kind of silver material which didn't burn the vampires instead deprives them of their powers . Sky's grandfather has ordered for them to be made for each member of the royal family , including himself and Emily's family in order to keep the power under control . Once one of them wears it they can't take it of themselves unless they have the white gold bracelet . Each of them had the set of necklace and bracelet but the bracelet of Iris was confiscated by her grandfather Charls since she always tried to sneak out of the castle .

" Iris can't defend herself now . With that necklace she's just like a normal human . " said Emily and ordered the bodyguards to go and search for information about her whereabouts without being noticed. She thought that it was better to show Sky the photo but when she raised her head and started to look around he was nowhere to be found.

She turned around and saw Maurice .

" His highness had to go to the hotel because he received an important phone call from the company in California. Also he asked not to be distracted in any way possible. He also ordered me to accompany where you wish to go ." said Maurice .

" I see , ok Maurice thanks for informing me . I have some work to do so you can have the rest of the day free ." said Emily with a smile .

"Sky should focus on the work since he even asked not to be disturbed something bad must have occurred in the company. I better go and ask my grandpa for help . " said Emily and rushed with all her might to the director's office .

"Grandpa ! "she said and opened the door and closed it in a hurry .

Mr Karl started to read the letter and when he saw the photo he was really shocked.

"Iris ! Where is Iris ?! " his voice was shaking . Iris was like a granddaughter to him just like Emily .

" I don't know . I ordered the bodyguards to search in all the city without being noticed. They may have been keeping an eye on us . Sky went to the hotel to discuss with the company in California, apparently, a serious problem happened there . At that moment the cleaner entered the room and started to clean . He saw Iris's photo .

"Oh ! I saw this girl this morning sir , a really nice and educated lady . " said the cleaner .

Both me and grandpa turned our had towards him .

The cleaner looked a little scared .

"I saw her helping two men . One of them was hurt on his knee . They were dressed pretty bad and seemed like very poor people. I was surprised that they could enter inside the school grounds .

"Thank you a lot sir . " he said and walked happily through the door .

Mr Karl seated in the chair and started to look at his computer .

"What are you doing grandpa ? " asked Emily who was worried about Iris .

"If what the cleaner said was true then the surveillance cameras must have recorded something . "

Both Emily and Mr Karl started to look at the videos .

"What the cleaner said was true . Here is Iris and those two man . They are holding a napkin in her face and she falls unconscious . They seem to have used some kind of drug . "

" Your right grandpa . " said Emily while looking at the computer's screen .

Mr Karl then saw something  .

" Wait a minute...! Emily there is another girl ?! Maybe one of our students . Look she's hidden in here and is spying on them . " said mr Karl .

She went closer to the computer and when she saw it clearly she understood that it was Kiara the girl who was hiding.

' That's why she wasn't present today . I knew she wouldn't miss for no reason . ' thought Emily with a serious expression .

" I met her this morning . When I was arriving the guardian stopped me cause I was a little late and started to yell at me . Truly I was frightened but then she came and helped me . She's a really good girl . " said Emily .

" What are you talking about Emily ? I didn't hire a guardian . " asked mr Karl confused.

Emily was surprised. She  met him this morning and Kiara saved her . She stayed a few minutes in silence and then came to realize that it wasn't a coincidence that he stopped her for being late .

" Grandpa I think the kidnapper is the guardian . Maybe when he stopped me he may have thought I was Iris ." said Emily .

" We have to find them at all means before Sky hears about it or else he may do something beyond imagination ." said mr Karl with a frightening expression. Just the thought of Sky knowing about this made his face blue . 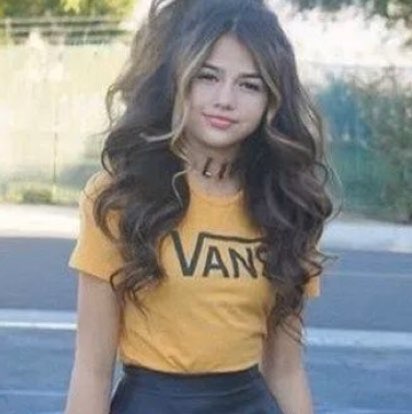 Hayat Danny
Be aware of the vampire 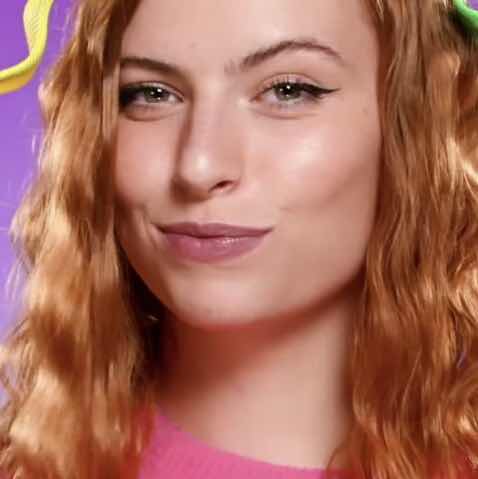