Leaving home early, I decided to head straight to Joe’s Diner, not bothering to send Zane today. Besides, I also had a meeting at 9:00 with Alpha David. Seeing as we have cleared his rogues, he wants my men off his territory now.

I was extremely tired. My wolf kept me up most of the night. Even now Ryder was starting to become agitated and restless, and I had been struggling to keep him contained. All night he kept telling me something was wrong but did not know what. Getting in my car, I drove quickly, ignoring the speed limit, not taking me long to arrive at the small diner. Parking the car on the curb out the front, I got out and went in. I was greeted by the owner, Zoe. She was a nice lady. I sat at the counter, looking around, trying to see if she was in. Zoe came over, placing a mug of coffee in front of me. Reaching for it, I took a sip. After about an hour, she still wasn’t in.

I looked at the time and saw it was 8 o’clock already. Zoe looked worried too. She kept glancing at the clock a few times, and she even stuck her head out the door looking towards the bus stop, but no Aria or Lily.

“I knew something was wrong. It’s been nagging me all night,” Ryder growled angrily in my mind.

“Shut up, you can’t know that,” I replied, annoyed, shoving him into the back of my mind. Feeling him still growling at me I got up and walked to the window looking out but no sign of her, so I walked back to the counter to speak to Zoe.

“Is Aria not working today?” I asked nervously.

“She was supposed to start at 6 this morning. I’m not sure what’s going on,” she replied. I could tell she was concerned, she kept glancing at the door and the clock.

“Is Aria usually late? Does she have a phone?” Zoe looked back at me before refilling my mug.

“No, never she is never usually late or misses her shift unless…” she hesitated then regained her composure. “No, she hasn’t got a phone.”

“Unless what?” I ask. I could tell she was going to say something before she stopped herself.

“No, it’s nothing you should concern yourself with.”

When Zoe went to walk away, I stopped her. I could tell something had her on edge, but before I could say anything, she stared me down.

“Look, I know she is your mate. It’s quite obvious to me, but really I can’t tell you anymore. She has enough on her plate without you causing trouble for her; you need to leave her alone,” she snapped before glancing at the door again.

“What? How do you know?” I shook my head. trying to wrap my mind around what just came out of this human woman’s mouth.

“My husband was a hunter. I know what goes on in this city; I may be old but not blind.”

“Was a hunter?” I asked, shocked by her admission.

“Yes. Joe, my husband, was a hunter until he realised his best friend was a Vampire. That’s when we realised Vampires and your kind aren’t much different from humans. Most just want to live in peace, so he quit, and that’s what got him killed. He died protecting his best mate when the Hunters came for him. My husband got in the way trying to protect him, they both died.” She told me this completely unaffected, not like she did not care, but like she had come to terms with it and accepted it.

I just stared, completely shocked. Most Hunters wouldn’t go and tell someone like me they were Hunters unless they were cocky or downright suicidal, but Zoe spoke as if it were a lifetime ago. I could tell there was no hate in her for my kind at all, just acceptance. I watched her go out the back, and I just sat thinking of what Zoe had just told me.

While I was lost in my thoughts, I felt a hand touch my shoulder. Looking up it was Alpha David and another man. Alpha David introduced him as his Beta Michael, we quickly shook hands before taking a booth in the far corner. Zoe came over and asked if we wanted to order anything, and we all just ordered coffee. I wanted this meeting over with as soon as possible so I could find Aria and Lily.

Looking at the Alpha, I could tell he was tired, and his breath smelt strongly of whiskey. Was he still drunk? I thought to myself. His clothes looked like he slept in them. He was wearing a flannelette shirt and jeans. His beta was dressed in a suit, he looked like he was angry with the Alpha over something. Whenever the Alpha would ask him something, it was short answers, and he practically spat the words at him. The Alpha was definitely drunk or extremely hung over because he wasn’t even paying attention to how his Beta was speaking to him.

Zoe brought our coffees over, and the Alpha started gulping his down before he spoke.

“Well, Alpha Reid, I just wanted to let you know your warriors did an excellent job and we haven’t had an attack the last 3 nights now, so if you wanted to pull your men back, you can. I really appreciate your help,” he stated.

“If you don’t need them any longer, I am happy to have them come back home. I know my men are missing their families. Even though they talk every day, it’s still not the same for them when they are used to being with their mates and children daily. You would understand; you have kids yourself, don’t you, David?”

His Beta stiffened, looking towards the Alpha. I observed as Alpha David clenched his fists tightly on the table then unclenched them, not bothering to answer me. Suddenly my wolf started to get all anxious. I was about to mind link Zane to send some of our warriors out to look for Aria and Lily when her scent hit my nose so quickly I thought for sure I imagined it, until she bolted past the front of the diner quickly, apologising to Zoe for being late before she took off to the back where I couldn’t see her.

Looking towards Zoe, I saw concern on her face before she followed Aria to the back somewhere. What the hell was going on? Straightening out my suit, I turned back to Alpha David and his Beta. At least she was safe.

“Glad you think so. Are you really that blind, Reid? I could see from the back of your mind. She is hurting, you bloody arsehole. Plus, I could smell it on her. I knew something was wrong,” growled Ryder. He pushed at me, trying to take over. To run to her, to chase her and make sure she was okay. But I would not give him the control he wanted. I could not let him rip apart the diner and scare everyone here or have Alpha David think I was challenging him.

“Yes, sorry, I’m fine. I just zoned out for a second, sorry about that.” We made small talk while we finished our coffees. Well, mostly Michael and I talked while David just looked hungover and didn’t know what day it was. After about 20 minutes, Aria came out. I kept glancing over to her, watching her. When she got closer, I got a strong whiff of her scent. I instantly got goosebumps all over me. Ryder was trying to push forward because she smelt terrible. I could smell blood on her. Aria’s scent was extremely weak, and I could smell something else.

“WOLFSBANE,” growled Ryder. He was pissed that someone had hurt our mate using wolfsbane. Just before she reached my table, she froze for a second. Both the Alpha and the Beta looked up to see who I was staring at. Aria quickly dropped her head but not fast enough, I could see she had a black eye and bruises along her jaw. She quickly filled our cups, and before taking off behind the counter, which made me feel relieved, the look that Alpha David gave her made me want to rip him apart. He looked at her with disgust. I didn’t catch the Beta reaction to her, he was looking everywhere but at me. I thought I saw his eyes glaze over though like he was mind linking someone.

“Well, since everything has been sorted, we might as well keep this meeting short. I will have my men off your territory straight away, and if I ever need anything, Alpha, I will be sure to contact you to collect that favour,” I said.

The Alpha nodded before getting out of his seat and walking out. His Beta Michael got up shaking my hand before saying, “Sorry about him, he had a rough night last night and a few too many drinks.”

“I figured as much. He smells like a bar.”

Michael chuckled before taking his leave. Walking up to the counter, I went to take a seat when I saw her just out of the corner of my eye, standing next to the sink in the kitchen. I watched as she took some pills when I felt Ryder push me over. Before I knew it, I was standing behind her.

She turned around and walked into me “You can’t be back here, sir,” she said nervously.

I looked down at her, then grabbed her and crushed her against my chest. Reaching into her back pocket, I pulled the sheet of painkillers out and read it. “Codeine. What are you taking these for?” I asked her. Werewolves heal fast, no need to take pain killers unless severely injured. She quickly stepped out of my grasp and snatched them out of my hand.

“That’s none of your business. Now please, you can’t be back here.” I could tell she wanted to get away from me, so I turned and walked back out and sat at one of the booths. Someone had hurt her. The evidence was all over her face, and I could smell blood on her like she was still bleeding, and she strongly smelt of wolfsbane. It must be on her clothes, or maybe she spent the night around it, because from how strong it smells, she should be dead.

Mary MC FARLANE
I love the story
Rebecca Herron
Scribd has for free
Rebecca Herron
I’m reading this book on another site for free. Scribd. But I really hate how she goes from being beat and abused to this ungrateful woman who thinks she is all that and a bag of chip!!! Pushing her alpha voice on friends, treating mate like his opinion doesn’t matter. All sighing a what 3 days.
MEGAN
Any where to read this without having to pay?

Sara Allyn
this is by far one of my favorite so far!!! I hate that you can't earn more coins for free. and that you only get one chapter ughhh... 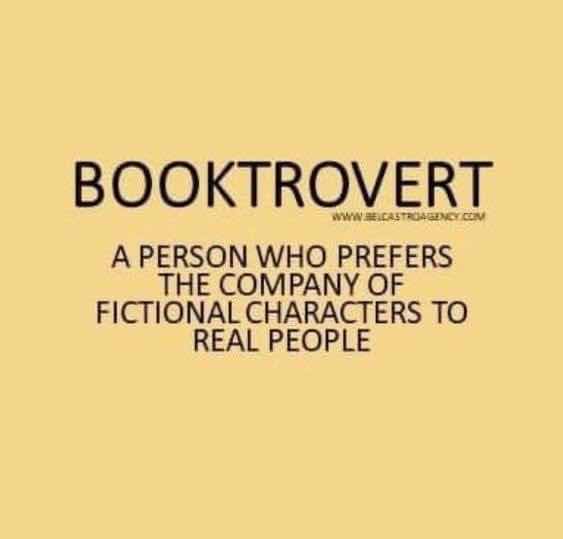 Pamela Pfaff
This is so far a very interesting read-I hope that the heroine gets the happiness she deserves-...............
VIEW ALL COMMENTS