The icy wind was fanning my skin, swaying a few mischievous strands of my hair to tickle my face. Another moonless, noisy night. Another uneventful night in my lonely life. Uneventful is good. I silently hope that every night would be as peaceful as this.

Taking a long drag off my Marlboro red, I inhaled the tobacco smoke until it reached my lungs, and puffed it out in the cold New York air. The cigar scent skimmed into my skimpy black dress, overpowering my lavender perfume.

Lurking, I am waiting for my so-called new friends to come into sight in front of this club. They’re already ten minutes late. Together with the long line of waiting club patrons from the alley where I stood.

Clubbing isn’t really my thing, but I made a promise to myself that I’d get out more when I moved to New York.

Maybe find a guy, have wild steamy sex with some random hunky who smells like forest pine. Hmm, that sweet smell that makes my senses go haywire. A one-night stand or perhaps get a dragon tattoo in the bum.

Is that what normal people my age do?

This is a new beginning for me so I want to do those normal things, crazy stuff. I left everything in San Andrés, in the hope that I could start over, somewhere where no one knew who I was.

After finishing my second stick for the night, my new found roomies finally arrived. All I know are their nicknames, Apple and Robin. Two sexy blonds who work at a real estate company in Manhattan. They posted a ‘wanted roommate’ online. The lodging was cheap, but there was no peace at night. Most nights, they’d bring their fuckbuddies and because of the thin walls that separate our room, I had to endure their stamina in bed.

Those ‘Ah.. right there’ that Apple used to scream and ‘oh… faster, Daddy’ that Robin always cries about. Sometimes, I wonder what’s so good about sex. Maybe I’ll have one tonight to know what it is.

“Lian” Apple wrapped her petite arms around my left as Robin took my right.

“You’re early,” Robin murmured as she nodded at the big bouncer. He let us in without even checking our Ids.

The way Apple and Robin lead the way through the crowds of sweaty bodies until we reach the bar tells me they’re regular goers in this establishment.

The dimmed light and colorful lasers of the club weren’t giving a good sight of the place. All I know is that it stinks of alcohol, sweat, smoke, and pot mixing with the DJ’s upbeat tune.

“Quick orgasm!” Apple practically shouted at the young bartender with ink-covered skin. He was a buff guy, willing to pass as a bouncer, but he gave a toothy grin in our direction. He placed three shot glasses filled with dirty brown liquid in front of us.

Drinking wasn’t new to me, but the mix was stronger than what I regularly take. It scorched my throat and sent a tingly feeling through my fingertips. Apple and Robin paid for a few more shots of colorful and funny dirty named drinks before they dragged me to the dance floor.

It reeks everywhere and everyone has somebody to dance with. Apple got a blond guy kissing her neck, massaging her breast like they were big dough, while Robbin found a brunette whose hands went under her dress to only she-knows-where.

I was long forgotten as they made out with each guy they found. This wasn’t the first time people neglected my presence. In fact, that feeling became as normal as taking a bath growing up. I was always the wallflower and I bet no one really knew my name.

It doesn’t affect me that much anymore.

I continued to get lost in the rhythm, dancing alone, my body sweating eagerly with each move I made. The song was nice, upbeat, and cool, though I couldn’t understand what the rapper was saying anymore.

Bumping and grinding to the people close to me, it startled me when a pair of rough, calloused hands stroked my outer thighs. The hands were warm, big, and good, as if it was soothing my tired muscles as it trails higher and higher. Leaning into the comfort it was giving me, I continued to sway my hips, making sure to grind my ass on the man behind me, persuading him to go for more, until the hands were now under my dress, sending a pool of warm cream on my panties.

I felt a warm breath on my neck, followed by soft lips and tongue, stroking the curve of my neck. A moan escaped my mouth when the lips nibbled my earlobes and the hands traced my lacy panties. The hands pulled the elastic bands of my underwear and it stung my skin; it let go, but it felt fucking good.

“I’ve been looking for you everywhere, Alexa,” the deep raspy voice whispered in my ears, his voice so sexy and alluring, even against the music, it was heavenly. And man, his spicy forest pine scent was so soothing to my senses, and that woke up my sanity.

I pushed the hands away from under my skirt and turned around to see the man behind me. He was a pleasant-looking man, no scratch that, he was a very attractive man. His lips are pinkish plum, well-carved nose, distinct high cheekbones, perfect Greek god chiseled jaws, but what scared me was his eyes. They were a deep dark and icy shade of gray that screams dominance and power, but I could feel intense anger in their depths.

“I think you’re mistaken, Mister,” I practically screamed against the music and turned my back on him.

The feel of his hands left electric shocks on my skin. I’ve felt nothing like that before. My anxiety was kicking in again and I needed to calm my nerves by finishing two sticks of cigarettes.

A bad habit to break.

The icy wind of New York kissed my burning skin when I stepped out of the club. Tapping the stick on my pack, I lighted it and took a long drag, leaning on the wall of the building. Lurking again, like the few people who were standing on the pavements doing the same.

The apartment is close to the club. I intend to walk home since I don’t have enough money for a cab ride. I have feet, I’ll use them to walk and I will have food with these few pennies in my pocket for tomorrow. The chilly wind of fall is giving me chills all over my body as I rub my hands up and down my arms with each step.

This city is beautiful even at night and very much alive. Even at this time of the day, the streets are swarming with pedestrians, but the goosebumps I feel on my neck are starting to creep me out. Maybe it was because of the cold night. I pushed that thought out of my head. I continued to walk, taking the shortcut through 43rd Street.

When I reached the hushed part of the city, the clicking sound of my worn-out stilettos on the pavement was humming against my racing heartbeat.

I can feel it again, the feeling of someone following me, but it’s not possible. This is the only city where he has no connection because it was swarming with people stronger than him, much viler than him.

Deep inside, I knew I couldn't be wrong. My senses are on high alert because of the fear he inflicted on me. Someone was definitely on my trail. My adrenaline suddenly kicked in. Run or die. Those were the only two options left for me.

I took off my shoes and looked for a place where I could easily get away from here. There’s a bus stop just a few blocks away from here, but the first ride would be at four a.m. I have to stay hidden until then.

Coming to New York was a mistake. Cursing myself silently for this foolish decision.

The sole of my feet was bruising quickly with each step I took on the concrete rough streets and I sighed when I saw a garbage bin at the far end of the alley, I ran for it in an attempt to use its height to reach for the building’s fire escape. I jumped to reach the metal ladder, but a gunshot sliced through the silent night, freezing me in my trance.

“Alexa,” that voice, that same one from the club spoke. “Stop running or I’ll blow your brains out.”

Hi love, thank you for checking out my book. Don’t forget to follow me on lnstagram Castiel_lj. 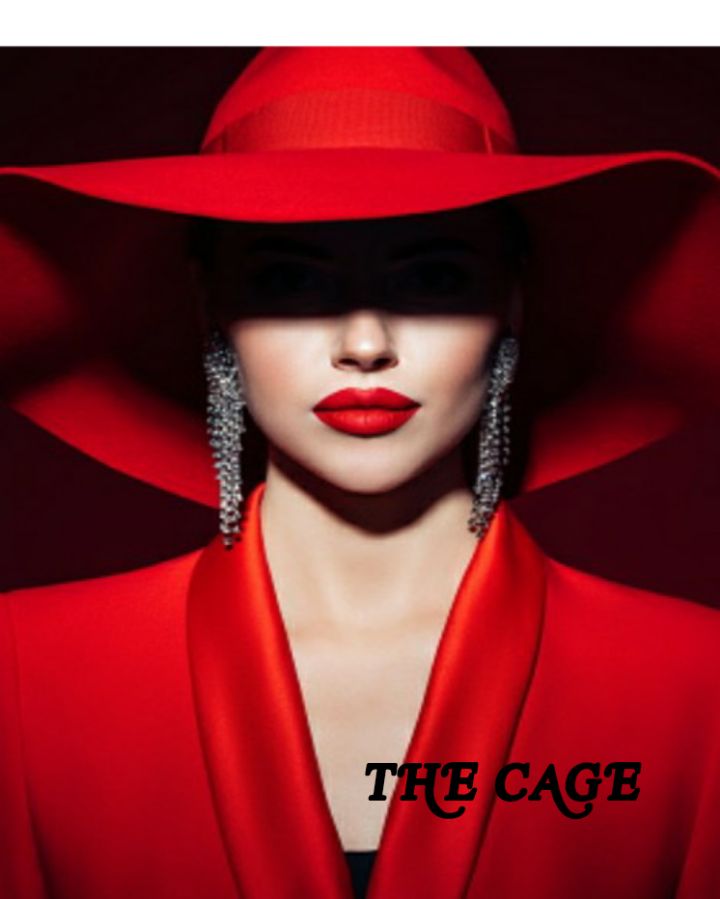 RED SCARLET
interesting story.. i like it
VIEW ALL COMMENTS