I can't remember the last time I slept like a baby without worrying about Dante's minions. For the last five years I slept with one eye opened and last night I slept with both eyes closed. It was nice to have a complete eight hours sleep, but I think I overslept for an hour or so. No one can blame me though, I was sleep and peace deprived, besides Ace’s king-sized bed is so soft that it’s fit for royalty. My muscles were able to relax, I think I’ve regained the years of my life I lost with running in just one night.

Stretching my arms with a little yawning sound,  I opened my eyes, the gray ceiling met me, and the smell of spicy lavenders and pine - ah wait. Bed? I’m in bed? no, no, no, God no! - I know that scent. That minty, spicy, and woodsy cigarette laced perfume.

''Oh no'' I sat up and realized that I was in an actual bed and not the couch. I clearly remember sleeping on the couch after taking one of Ace’s pillows and duvets. He must've lifted me from the couch but no, why would he do that? Maybe Agatha was the one responsible for this bed-couch confusion then. Yeah, maybe she was the one. She has to be but how will it explain this masculine scent around me.

Maybe it was his shirt, well, he didn’t give me any clothes to wear so it’s only logical of me to use what’s available in the closet.

I found myself studying the other side of the bed, it was really messy, maybe it was just me. But I know I am not a messy sleeper, I sleep in one position or two and that is it. This is not by choice, I grew up sleeping in a very narrow bed so my body was trained that way.

Did we sleep together? Well, I still feel the same down there. Oh shut it, Lian!

So many maybes! This confusion was making me dizzy, my head can't stop thinking about that Italian mafia Don. deciding to ignore this little tightening in my belly at the thought of him, I stood up, made the bed, and headed for the bathroom.

As I hum 'somebody to love' and danced like Freddie Mercury, I took off the shirt over my head and pulled down the superman boxers I found in his closet last night. Before I could twist open the knob of the bathroom door, it opened by itself and made me stumble forward on my feet. Making me lose my balance.

The thought that Ace might still be inside his room left my mind long ago, not until strong wet arms gripped my shoulders and steadied me. He was only wearing a white towel wrapped around his waist - dangerously low - and the tattoo's covering his chest looked heavenly.

I looked up and saw his icy gray eyes raking my body. God, I'm naked! I covered my boobs with my right hand while my left covered my sex but that didn't seem to faze the lust enveloping his cold eyes as they turned to a darker shade of gray - almost black.

A yelp escaped my lips when my back hit the bathroom door roughly. Ace caged me with his arms on both sides of my shoulder while his body hovers over mine. My futile attempt to cover my body was long forgotten when he held my wrist and pinned them above my head.

''If you want me to fuck you, you just had to ask, gattina'' and his lips were against my neck just like that. There was a time when I stupidly imagine him kissing me, once or twice in my dreams but never like this. There was nothing gentle about the way he was kissing me - assaulting me.

My throat felt dry like Sahara, no words came out of my mouth as I felt his lips on my skin. His tongue soon licked the length of my neck until he was nibbling my earlobes.

''S-stop'' I forced my wrist out of his hold but he was too strong and the fact that my knees were getting weak wasn't helping at all.

I am trained for this kind of assault growing up, kickboxing, muay Thai and even a little bit of kung fu, but my mind can’t think of a way out of his hold. Being in real danger is a lot different when things are being laid out in front of you. Scenarios after scenarios were given to me then but this is real.

If I don’t do anything, this man would get what he wants from me without having to sweat for it.

This is wrong, I don't want him to touch me but my stomach was turning knots with every graze of his mouth against my skin. His knees nudged my legs open and I felt cold cloth pooled around my feet and soon his hard shaft was pressing against my stomach.

''You smell so fucking good for a slut'' one of his hands let go of my wrist only to be held in one while his other calloused hands kneaded my breast.

Slut. Whore. That's all I was to him.

An involuntary moan sounded from me as he pulled my nipples roughly, elongating my already hard bud for him. My body was doing the exact opposite of this situation.

''A-Ace... S-Stop.'' I stutter as my eyes closed when I felt his hands traced the length of my now wet sex.

''Stop?'' his voice was deep and dangerous ''but you're soaking, gattina.''

''P-please'' a tear escaped my eyes due to my state of helplessness. I've always fought, I've always been strong and my will to fight was slowly weakening with his assault on my body.

Is this it? Years of running away from Dante and I'd lose myself to a person who I didn't love?

I've always known that this is coming. One way or another, someone will touch me in ways a caveman would. Somewhere, sometimes, I dreamt that the person who'll take my virginity was someone I love. Stupid, I know, but a girl like me can only hope.

Ace's hold on my wrist loosened, I looked into his icy eyes and they held confusion, anger, lust, and something else that I can't put a finger on.

I dropped on the floor when Ace turned his back on me without care to glance back at the mess he made. I hugged myself and felt all the emotions I've bottled up erupted inside me.

This proves that I was weak, still. So fragile like a child and I needed my Mom. I've never missed her so much as I miss her now.

''Mama...'' Lianna hugged her knees against her chest as she continued to sob that two-syllable word. Her naked body curled like a shrimp. Her soft tanned skin was inviting me to continue where I let off but I can’t do that, that’s not me. No matter how much I wanted to fuck her senseless, I can’t hurt any woman that way.

Lianna continued calling her mom and she won't stop crying.

What have I done? But why was she crying like this? She's a whore. A fucking slut. Isn’t that her job at Dante, isn’t that why she was sold to the Russians?

Having all these questions in my mind, I strode to the walk-in closet, threw over a shirt and jeans on my body, and stormed out of my room.

I need to punch or shoot something. That whore puzzles me like she’s a maze that I need to get out of, a crossword puzzle in a foreign language that I need to decipher and complete.

This isn’t good. She’s been under my ownership for two weeks and she’s done this much damage in my mind.

As I drove off to my office in Manhattan, images of my encounter with her stilled on my mind. She smells so fuckin' good. The feel of her skin, her silent moans. She's not Alexa. She's Lianna and I want her to be mine. Just thinking about her gives me a hard-on.

"What the fuck is happening to me?!" I punched the steering wheel of my GMC. She's just a whore. I kept repeating that in my head like a mantra. Just a slut who I needed for my plan. Her feelings shouldn't matter to me. I'll fuck her if I wanted to because she belongs to me now. 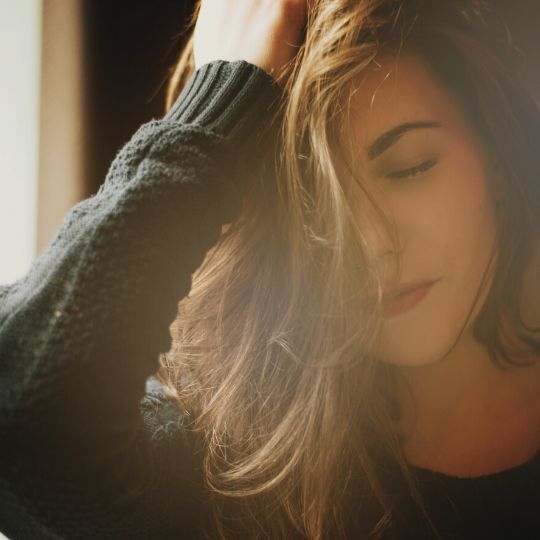 Castiel
Rena 😘😍💕 thank u, Babe, you found my book 🤭🤗🤗🤗
RG
Oh gosh can’t wait for next chapter
VIEW ALL COMMENTS