I blink and lift my gaze to the older man sitting in front of me, staring at me, patiently waiting for me to answer his question. I study his appearance, grey hair, but not completely white. He has streaks of a darker shade running through the strands—his eyes a startling green, cool and glorious. For an older gentleman, he was handsome. He’s sporting stubble of a greying beard. He is a silver fox in every sense of the word. I shift in my seat and cross my legs, sitting upright, hopeful this will give him the impression that I am confident and accomplished.

“I believe my greatest quality is that I’m headstrong. While some may consider this a flaw, it just means I never give up. However difficult the task at hand may be. Once I put my mind to something, I won’t stop until I achieve it.” I say confidently, looking him directly in the eyes. He nods slowly, holding my gaze for a beat before he leans forward, and his full lips quirk ever so slightly.

“I like that answer. All I have heard all day is that they are confident, ambitious, and trustworthy.” He says and leans back in his chair, dropping his pen on his desk. “I like you, Miss Hart. Are you able to start Monday?” I resist the urge to squeal and press my lips together. I smile politely.

You can freak out when you leave Shay. Keep it together! “Yes, sir.”

“Excellent. Come in on Monday morning at nine o’clock sharp, and Heather will show you around and get you on the system.” He says, rising from his chair and holding out his hand. I stand and take his offered hand, squeezing it gently.

“Thank you so much. I appreciate this opportunity, Mr Hoult.” I tell him, picking up my handbag. He escorts me to the glass door to his office.

“Welcome to the team, Miss Hart.” I smile up at him politely, thank him and leave his office. Once outside, I heave a sigh of relief. I got the job. I will be working for one of the most prestigious architectural firms in the world. Granted, as an executive assistant to the CEO, but still. I will work my arse off, learn everything I can from him, and finish my degree. One day, I can show them I have the talent and skill to be an architect at one of their firms.

After a crappy couple of months, things are finally starting to look up for me. Having to drop out of university, unable to afford the tuition fees and provide for my brother and mother has been challenging. I had to put my career on the back burner and take care of my family. We lost my father to a traffic accident eleven years ago now, just after my sixteenth birthday, and I have been the sole provider for them since. I have an older brother, Sam, but he’s unable to hold down a job for longer than a couple of months due to his ADHD and anger management. He does try, but he’s unable to concentrate for long, which often results in poor performance. My mother hasn’t left the house since my father died. He was the love of her life, and when we lost him, we lost a massive part of my mother too. She’s terrified to leave the house and hasn’t been able to face the world without him.

I have a good feeling. My life is finally about to get a little easier.

I rush up the stairs to the apartment that I share with my two best friends Jo Sinclair and Aimee O’Connor. They’re my lifeline, and I’m so happy I have them in my life. The moment I slide the key into the lock, the door is practically ripped open, and they both stand there, hair in messy buns on top of their heads, both in oversized sweatshirts staring at me expectantly with wide eyes.

“Well?” They say in unison.

“What?” I question, looking between them. I know they’ve been dying to find out how my interview went if the fifteen voicemails and fifty texts I got earlier was any indication.

“Bitch, how did the interview go?” Aimee utters after she swallows her mouthful of lucky charms.

“It went well,” I reply, trying to walk in, but they both block my way. “More…” Jo drawls, narrowing her honey-coloured orbs at me in scrutiny. I huff and shrug my shoulders.

“Well, he seemed interested, but there were so many more suitable applicants there with more experience, so…” I watch as both their faces fall, and I fight the urge to smile.

“Oh, well, it’s their loss because you’re amazing, bish,” Jo says, wrap- ping an arm around my shoulder and guiding me into our apartment. “Something else will come up. I know it.” She adds positively, like the good friend she is. I look around our cosy apartment. Three decent sized bedrooms. An open plan lounge, with a small kitchen to the left, and a decent-sized bathroom with a walk-in shower. Our apartment, conveniently based in the city of London, isn’t flashy by any means, but near enough everywhere was ten-fifteen minutes away by train. I loved it, and I love living with my girls. If I didn’t get this job, I would have had to move back home with my mother and brother, and I didn’t want that. They are the only family I have. My parents brought me up in a strict household. They were very proud people, they valued traditions, respect, and culture above anything else, and they instilled those qualities into Sammy and me growing up.

“Yeah. I guess you won’t have to find another tenant to move into my room after all.” I tell them as I take my jacket off and drop it on the sofa.

“Don’t talk like that. Something will come—wait, did you say won’t have to?” Aimee mumbles, setting her bowl down. I smile, and their eyes go wide like saucers. “You got it. You got—YOU GOT THE JOB?!” I nod, they both scream and launch themselves at me, and we all tumble onto the sofa in a heap of arms and legs.

“I got the job! You’re stuck with me bitches!” I laugh when they both poke my sides tickling me until I’m crying with laughter.

Jo hops up onto her feet, “We’re going out tonight to celebrate. I don’t want to hear excuses. We’re going!” She says, running down the corridor toward her bedroom with her sock-clad feet sliding along the wooden floor. Aimee follows her, and I stay lying on the sofa, staring up at the plain white ceiling. The knot I have had in my stomach for months finally vanished.

“Bish, get your juicy arse off that sofa. We’re going to get smashed!” I hear Jo call out from her bedroom. Laughing, I get up from the sofa and come face to face with Aimee, who steps out of her bedroom. We both look at the bathroom door and back at each other before we make a run to it. I bump Aimee out of my way with my hip before I slide into the bathroom and close the door swiftly. I laugh when I hear her curse on the other side of the door.

“I do have longer legs than you, Aimes.” I tease while I strip off for the shower.

“Yes, and I hate you for it. Hurry up, and don’t forget to shave your hooch. You never know what the night might bring.” She sniggers, and I roll my eyes and grin as I step in the shower. “It’s about time you dust off those cobwebs and get some action, girl.”

“You know damn well that my hooch is waxed clean, and I’m quite content with my ‘cobwebs’ thank you very much.” I pick up an empty shampoo bottle and throw it against the door when I hear her cackling on the other side. “Get lost. Let me shower in peace.”

Many hours and three bottles of prosecco later, we roll into a bar called ‘Luxe’ in central London. The girls forced me into wearing a red mini dress that hugs my natural curves nicely. My long dark hair curled loosely and left out. Jo and Aimee were also in dresses. Aimee chose a silver sequin dress that showed off her natural d-cup breasts, while Jo was in a strapless white bodycon dress. The atmosphere was something else, music playing at a loud volume, the bass of the song playing was vibrating through my entire body. We head over to the bar and order a round of tequila shots, and then another, followed by four more rounds of pornstar martinis. Jo kept her promise of getting us smashed for sure.

While I’m dancing with Jo, my eyes catch a pair of attractive yet startlingly vivid green eyes watching me. Damn. He is the most beautiful man I have ever seen. His gaze on me is intense while he sips the amber liquid in his glass. He and his friends have girls swarming around them. I see a leggy blonde sitting beside him lean over and whisper something in his ear, his eyes narrow however they were still on me. Tearing my eyes away from his, I turn and continue dancing with Jo.

Aimee comes over to us with three shots of green apple sours. “Drink up, Bish!” We clink our glasses and take the shots. I wince when the liquid burns my insides. Justin Bieber's ‘Despacito’ starts thundering through the speakers. I’m laughing hard at Jo whispering something in my ear when I back up against something warm and firm. Jo’s eyes go wide when she sees whoever it is behind me. I give her a wary look, and she presses her lips together and smiles, backing away. 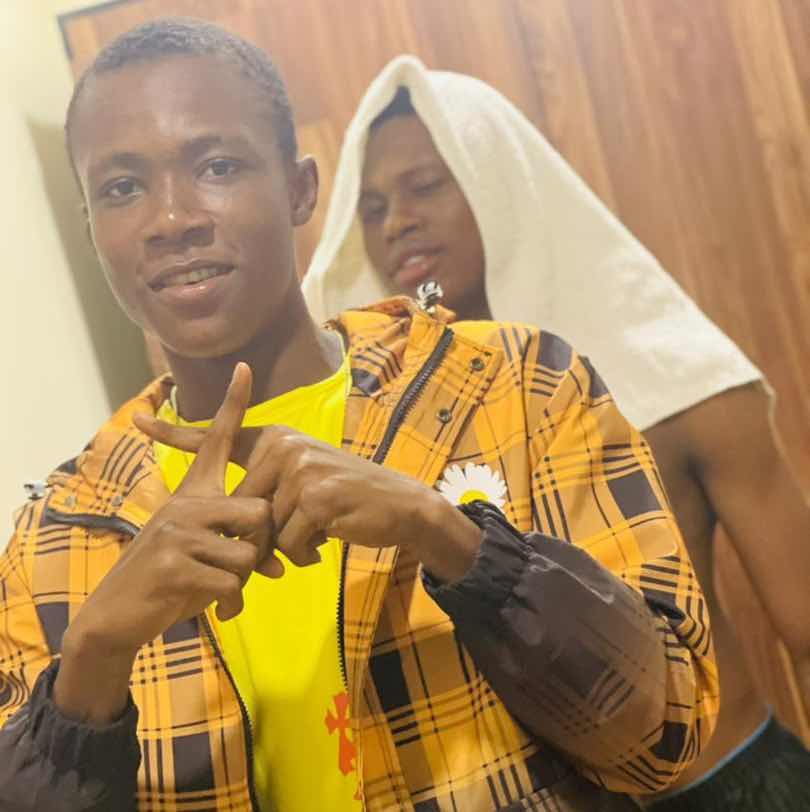 Wilson Ihuoma
Hello how are you doing?