Sally made triple sure she was up early Monday morning. The interview wasn’t till 11, but she was leaving nothing to chance. She showered and shaved, did every skin care regiment known to man and took the time to tease her curls into stunning locks that she pulled into a high ponytail.  After her pampering she ironed her favourite interview clothes before dressing carefully.

Her skirt and jacket were a matching dark charcoal grey, tight against her hips but flaring a little at her knees. The button up shirt was jade green, offsetting her red hair and complimenting the green flecks in her eyes.  For today she had black heels on, but if she did get the job she’d be checking the dress code, she didn’t want to be stuck wearing heels all day if she could help it.

Sally kept her makeup lite, she didn’t like what it did to her skin when she wore too much.  Makeup made her feel uncomfortable so she made use of mascara and lipstick and hoped like hell it wasn’t going to be one of those places that insisted all female employee’s wore make-up.

Sally felt like a million bucks and she hoped the confidence worked in her favour.

Yuki was skulling the last of her coffee when she came out, and she let loose a whistle. “If I didn’t like dick so much I’d totally bone you.”

Sally rolled her eyes. “I’m not after a boneing, I want to get employed.”

“I’d employee you any day,” Yuki waved her hand, “they’d be crazy not to hire you on the spot.”

“Thanks for the stamp of approval,” Sally laughed. At least one of them believed it. She unearthed her black purse from the couch, making sure she had the things she needed.

Yuki, also in the midst of collecting her things, gave her a confused look. “Isn’t the interview at 11? You’re going to be crazy early if you go now.”

“Thought I could walk you to the station, if I stay here I’ll go crazy. And then I’ll probably make myself late,” she added, and it was true. She’d end up prowling the apartment for things to do, get caught up in a stupid chore and then leave too late.

“This is true,” Yuki smirked, “probably better to be insanely early then late anyway.” She grabbed her keys, shoving the last slice of her toast into Sally’s mouth.

“Eat it, you can’t be cranky at your interview.  Let’s get going before you chicken out.”

This was also a possibility, but with a mouth full of toast she couldn’t really bitch about best friend’s knowing too much.

Sally arrived in the foyer of North Industries almost 45 minutes early.  She knew she was crazy early, but she couldn’t bring herself to hang around outside any longer. Even if she somehow didn’t come off as a weirdo, she was worried she’d start sweating so much she’d ruin her hair or outfit and then she’d have to run home and risk being late.

So instead she walked in with her head held high as possible whilst taking sneaky glances at the clean lines of the foyer. She didn’t know much about buildings but it seemed nice and welcoming with high windows that let in heaps of light. There was a large walkway that circled the room, leading up at least five floors in a smooth path.  People of all sorts moved to and fro throughout the foyer, all with a purpose and many dressed to impress.  The front desk was against the opposite wall from the windows and Sally headed there first.

She summoned up a polite smile as she reached the front desk. A lady with coffee skin and warm eyes glanced at her, offering her own frazzled smile. She was heavily pregnant and was trying to type something on her computer whilst talking smoothly into the headset.

For a moment Sally watched her pat her pockets before she realised she was hunting for a pen. Quickly she fished one out of her purse, passing it to her. The grateful look in the woman’s eyes soothed Sally; if nothing else came out of today at least she’d helped her out.

“Thanks,” the woman turned to her, switching off the head set. “Mr North prefers I put everything onto the system, but I’ll be danged if my memory works if I don’t write this shit down.”

Sally grinned, a woman after her own heart, but she didn’t say anything against the CEO. Never a good idea to be heard dissing on the boss. “Just glad I could help.”

The woman hummed her thanks before asking, “now, what can we do for you?”

“I’m here for the PA interview at 11,” she said, handing over the business card Yuki had given her.

“They’re happening on the third floor, the seating area is the first thing you’ll see when you get off the ramp,” the pregnant lady pulled herself to her feet, grabbing a small tablet from the shelving behind her. Sally was surprised when it was passed to her. “Fill out the questionnaire on this while your waiting, it also has some company reading material since you’re very on time.” This was followed by a smirk and a wink, again making Sally chuckle.

She thanked her, taking the tablet and heading towards what could only be the ramp.

“Oh, Sally?” She called above the din, making Sally turn back for a moment, “welcome to the family, you’ve got my vote!”

Sally couldn’t be more frazzled if she tried. Thank goodness for five years of customer service. Some things you just learned to bottle behind a genuine looking smile. Even though she was early, there were still a handful of other applicants ahead of her.  They had already finished with their tablets and were talking together. Even though they had to be exaggerating, trying to size up the competition she guessed, they all had experience as Personal Assistance’s elsewhere. By the sounds of it, Sally was the only one without. And more applicants kept arriving, faster then they emptied out.

Focusing on the questionnaire, it was straight forward. What would she bring to the team, what were her qualifications and where would she see herself in the company in five years?

The articles were far more soothing then anything else. They allowed Sally to loose herself in the writing, even though it was obviously promotional. It made her excited to be a small part of such a large, gentle beast.

A young man held open the door to the interview room, his hair a spiked black and gauge rings in both earlobes. She could see tattoos peeking out of his long sleeve shirt, and wondered vaguely if this was Mr. Tattoos that Yuki talked about. She stood, bringing up her customer service grin and stepped around the other applicants.

He offered her a charming smile with his hand, “I’m Tyler North, I’m the Human Resources Co-ordinator and will be one of your interviewers today.”

He was polite and his hand shake firm, but Sally could see the twinkle that attracted Yuki in his eyes. Didn’t hurt that he was toned in all the right places and moved with an easy confidence that made Sally envious. She wondered if he was any relation to the owners, it wasn’t like ‘North’ was a unique last name, but it seemed too much of a coincidence.

“It’s nice to meet you Mr North,” she moved with him into the interview room. “My friend Yuki has many nice things to say about you.”

He appeared to get a little swagger in his step as he took up one of the three seats behind a large wooden table, obviously glad that Yuki had spoken of him.  Sally took the chair in front on the table, placing the tablet on it and putting her purse at her feet.

Before she could further the conversation, the door behind the desk opened, admitting the pregnant lady from the front desk. Sally fought to keep the surprise from her face, which obviously didn’t work as the woman smirked, sitting in the second chair and reaching over the table to shake Sally’s hand.

“I’m Kyra Dane, the current PA you’ll be replacing if you make the cut.”

“Do all personal assistance work the front desk?” Sally didn’t mind, anything was better then check out girl right now, but she was confused as to the exact position she was applying for. She certainly had not expected Kyra to be one of her interviewers at this point.

“Usually no,” Tyler grinned, “and whomever takes on Kyra’s position certainly won’t be expected to take on that level of extra responsibility for a while. When we are working on a major project, job titles become a little blurry.”

“Tyler’s right, though, it’s not something that would be excepted from anyone new to the company,” Kyra added.

They both paused as the door opened again, letting in the most beautiful woman Sally had ever seen.

She stood tall, even in her flat shoes, her long, toned legs disappearing beneath a sand coloured skirt.  Her hips curved and Sally longed to dig her fingers into them. She tried not to stare at the heavy breasts in the jacket, lifting her eyes quickly to the smooth chocolate skin, rounded face and full parted lips. The woman sucked in a deep breath, staring at Sally with dark gold eyes.

For a moment Sally felt everything stand still. If asked she would have sworn she knew this woman inside out, even though she had never seen her before in her life.  All she wanted to do in this moment was walk over to her, push her against the door and kiss the living daylights out of her. The shear physical response to her was like nothing Sally had ever felt for another person and she couldn’t help but be completely mortified at the arousal that suddenly pulsed through her.

The woman’s nostrils flared as if she was breathing her in.

Then suddenly, what ever this was broke and she turned her eyes to Tyler for a moment before turning back the way she had come and closing the door behind her. Leaving Sally in her seat and strangely forlorn that she was gone.

Author's note: I am planning to post chapters on Monday, Wednesday and Fridays, with the occasional Sunday. Thank you to everyone who has read so far. I hope you enjoy this as much as I am. ~ Mel 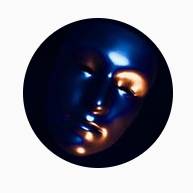