'While the people of Orilon were still trying to uncover the mystery behind the animal attack that resulted in two dead, they had to witness another incredible event last night.'

The reporter cleared his throat and took a brief peek at the paper in his hand before continuing, 'Apparently, Orilon experienced a 'blood shower' but before any of you jump to any conclusions, we want to inform you that our town's renowned scientist, Rayna Cooper has done her research on the matter and she has figured out that it was all a result of a complex scientific phenomenon. We will come back with a detailed explanation after a short break.'

Damien yanked the remote out of Nate's grip and switched off the TV. He briefly acknowledged that the flatscreen TV place in the living room stuck out like a crow in a flock of pigeons. The furniture from the 1800s didn't go along well with the modern-day electronics. The chandelier peeked at him from the ceiling above, polished as ever.

He looked away and glared at the figure of Nate lying idly on the couch. He decided to ignore that annoying view and instead snickered, "The council is on crack! They really made the scientist say it is a… a what? A complex scientific phenomenon?" He continued laughing and the sound of his laughter filled the brightly lit room, "No one is going to believe that."

"Don't extend your beliefs to the world. They aren't aware of the reality." Josh who was settled on an armchair raised his eyes from the grimoire in his arms and held Damien's gaze as he continued in a monotonous tone, "Everyone believes in Science. It's the only reasonable and sensible thing on the planet— certainly more believable than the concept of magic."

Damien nodded silently in agreement. If he ever decided to go and tell any human the truth about his identity— the fact that he was a vampire, they would laugh at this face before declaring him mentally ill.

As he thought more over the matter, his eyebrows knitted together in confusion, "Why did the council intervene in this anyway? Blood raining over Orilon is not a vampire-related problem."

Josh sighed before continuing, an amused smile plastered across his face, "Maybe they have decided to take care of all supernatural issues and not just those pertaining to vampires." He pushed the reading glasses in their appropriate position and went back to reading the spellbook.

"I wonder why they haven't solved the blood-drained bodies problem yet." Damien drew in a sharp breath as he remembered vaguely confronting the teen couple in the woods.

It was bad-timing for them but good-timing for him. He was only roaming about, searching for a bunny or a deer to feed on as he contemplated the mess that his life had become. The two youngsters swooped in the middle of his dinner. They were easy preys that he couldn't let go and ended up being the dessert.

In the moments that he tore into their necks and drank their blood, all sanity left his mind. All the rules made by the pesky vampire council didn't matter to him. All he thought of was, if he was indeed going to be dead in some days, he might as well enjoy his last days being well fed.

Josh's firm tone hit his ears, "They are probably waiting for the person who created the problem to clean the mess up." He refrained from directly looking into the vampire's eyes, afraid of letting him see the anger that burnt inside of him.

Although said in a regular blank tone, the words were like pinches to Damien. Josh was still clearly very pissed at him. He couldn't care less.

"Listen to what I got to say," Nate turned on the tanned couch and propped himself up on his elbows, his light brown eyes shone under the faint light given out by the chandelier fixed above him.

Fixing an accusing glare on Damien, he continued, "A blood shower on the same night Damien brings home a girl he thought was 'too pretty to kill'. Coincidence? I think not."

Damien tossed the remote in his hand, targeting Nate's head but he ducked just in time and missed getting hit, "That wasn't the reason, idiot. She can resist mind-control. I told her to not scream and she did. Made me half-deaf in the process." He reasoned but received an eye roll from Nate.

Damien darted his gaze to Josh. No one could read with an expression this serious with a posture as firm but then again, Josh looked like that all the time.

"Why do you think it rained blood, Josh?" His voice sounded like that of a confused child, asking his mother what would happen if he kissed a girl.

Josh took his time to close the grimoire carefully. It was delicate and had to be handled that way. The pages held on the leather binding with much difficulty, ready to give up any second now. One day he would find the time to transfer all of its contents into a new one.

When? He had no idea.

He removed his reading glasses and gently kneaded his eyes while considering the question being asked. Only a while later, he answered, "It is an omen. A bad one, specifically. I have read about such occurrences and I think it means that something bad has happened or is about to happen."

Nate who had been carefully listening to their conversation remarked, "The girl you got here last night, the one who is sleeping in the dungeons below, I'm sure it's because of her." He still sounded sarcastic and that annoyed Josh more than often.

"Or I think it's because our enemies have finally found what they are looking for," Damien concluded, his gaze unfocused. One side glance at Josh and he sensed the tension rising within him too. "The girl has rested enough. If what we think is true then there's no time to waste. Let's go get some answers." He marched towards the spiral staircase; Josh followed him shortly.

"I'll tag along. I want to see who this beauty is." Nate smirked and sauntered behind the pair. 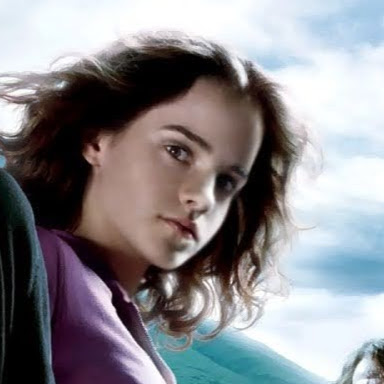