Eira sat in complete silence on the metal bed, resting her palms on the edges on either side. She threw away the fear and panic and drew a blank expression across her tanned face, intending to keep it that way for the whole time until was asked to say something. Her heart however raced erratically, threatening to jump out of the ribcage.

As her supposed kidnappers approached the cell she was locked in, the temperature around dropped several degrees. Her fingers began to shiver irrevocably but she couldn't be sure if it was them or the fact that she was horribly and absolutely afraid.

Their faces were concealed in the darkness. She could only see faint outlines of their figures. Sounds of more footsteps hit her ears.

"Did you place the candles as I asked?" One of the figures questioned authoritatively. He wasn't the one who had attacked her.

For a moment, silence lingered in the air along with the smell of three different male perfumes. Eira resisted the urge to cough. Her nose was one sensitive part of her body.

The word echoed through the room, bouncing off the three brick walls. Suddenly, her surrounding was brightly lit. Just like that. The light scorched her eyeballs, shutting them close forcefully.

A while later Eira opened them slowly and took in the looks of those who were responsible for locking her in there.

Three males, none older than twenty-five and stuffed with muscles. One blond, one brunette and one with raven black hair.

For a moment, she couldn't decide if it was a daydream or a nightmare.

She jerked her head away from them to find the source of sudden light and found several candles placed at regular intervals along the edges of the room.

How had she not spotted them before?

"This is my first time holding someone captive and I can't say I'm not surprised. Can she talk, Damien?" The brunette with chocolate coloured eyes fixed on her face asked.

They opened the door which squeaked and entered, one by one.

From the looks, she considered they were wealthy. So, she wasn't kidnapped for money. Did vampires even need money?

"She screamed into my ears last night, Josh. And if  I'm not wrong I heard her talking to a grave." Every word that escaped his lips stung her neck at the spot where his mark now rested. She felt rage burning inside her veins.

"Do you know what we are?" Josh, as she now knew his name to be, asked addressing her.

Deciding it was the perfect time to speak, Eira parted her lips, "Vampires?" She purposely sounded tentative. The acting classes she took back in freshman year seemed to be of some use here. Even though the notion of vampires actually existing seemed absurd, she was certain.

"What if she's just immune to mind-control?" The third guy, marginally handsome than the other two, who had only been a spectator all this while questioned. His face appeared oddly familiar to Eira but she couldn't recollect where she'd seen him before.

Josh, who hadn't taken his eyes off Eira, continued to stare at her as he shook his head lightly, "Not possible. Not unless she's a supernatural being."

That only seemed to spark his curiosity, "What if she's a werewolf?"

Josh looked clearly annoyed. He darted his eyes to his left where the blonde-haired guy stood and passed a disappointed glare, "Werewolves cannot enter the house. You were there when I performed the spell."

"Anyone else thinks we're wasting our time here? Let's just snap her neck and get done with this." Damien interrupted with a annoyed voice. He took a threatening  step forward—a growl escaped his lips, making Eira's heart jump to her throat.

Josh held out his arm and stopped him. Eira's lips parted briefly to let out a sigh of relief.

"You will do no such nuisance. You've already done enough damage and believe me, you're going to be the one undoing it. While I take care of this one," Josh pointed a long finger at her, "you will go and make sure Detective Feller gives an appropriate report to the news channel." He said with a dismissive nod.

"We're wasting time, Josh. Time we do not have. I say—" Damien began complaining before being cut off.

"You've said and done enough." Josh hadn't shouted the sentence, only delivered it with a calmness that sent a shiver down her spine. "From now on, we do it my way. Leave. Both of you."

For a moment Eira was convinced they would argue but instead both of them walked out like obedient kids.

With a wave of his hand, the metal door shrieked and closed behind them, making a squeaky sound again.

Josh was a man of patience but just like everyone, he had a limit too. There were trillions of nerves in his body and the two vampires he lived with, sometimes managed to get on every single one of them. He hoped the girl in front of him turned out to be better.

He sighed heavily and extracted from his jeans pocket the bundle of herbs he'd collected earlier from his room.

One second. Within one second of entering the room, he'd sense the aura emanating off her. The one that distinguished her as his kind. As much as the thought delighted him, he knew it was just as terrible.

He muttered the incantation again, "Incendia." The end of the sage bundle burst into flames, blazes of red with orange. Smoke drifted off it and he walked around the dungeon, knowing utterly well that her eyes watched him carefully.

Once he was satisfied that the smoke had reached all corners of the room, he blew off the flame and tossed the bundle away.

She's either brilliantly witty or terribly naive, he thought to himself. She hadn't said anything more than was asked, precisely only a word. He wasn't sure what conclusion to draw from it.

"You're either brilliantly witty or terrible naive." He said, settling his eyes firmly on her. The long dark curls of her hair stuck to the side of her face. The dungeons of Carters Mansion were probably colder than the town of Everwinter on most days. How had she managed to sweat as much?

"The former." She said with a straight face.

From the condition she had been, he hadn't expected her to reply and was taken back, "You're confident."

"Only careful with a desire to live a long life and die as an old woman with weak bones someday." Came another stern reply.

A smirk formed on his face. He threw it off immediately, "I give you the opportunity to ask any questions you desire. But only for now. Because once I place my offer, I'd want an answer in only a 'yes' or 'no'. Understood, Eira?"

She nodded and asked the first one, "How do you know my name?"

"Stop!" The calm facade she had up vanished within a second. The fear was evident over her diamond face. Josh was experienced in these matters. He knew it had dawned upon her that it was no dream or nightmare. This was the reality and from the face she put up next, he only understood she only decided to be more careful ahead.

"How did you retrieve that information?" This one seemed significant. Her voice had gone back to the former, calm tone.

He gave a curt nod. The question seemed fair to him. "Mind-control. Understood?"

Eira considered the question for a moment and later shook her head, "Not completely." She said.

Josh opened his mouth to explain but a question rushed into his mind. What if she declines his offer? Passing such information to someone who cannot be made to easily forget about it was a great risk. In the future, it would pose as a great threat to his kind and all the supernaturals in Orilon.

But then he took a glance at her. Her eyes were filled with curiosity and he was saw in them his own reflection. He trusted his instincts in that moment and they told him to trust her with it.

He said the words with a calm composure, "Vampires have the power to control minds of humans and make them do certain things. To forget something they've seen or to even make someone spill their darkest, deepest secrets."

She asked after a while of contemplation, "And why am I here?"

He was glad she'd finally asked the question. Damien was right. They didn't have time to waste. The full moon would appear again after a fortnight. If they were indeed right and their rivals had found the mystical relic, their end was near. Unless...

It was too much for her, he knew it. She had been kept in the dark for years now and the notion was cruel to him. But denying her the right to know it now was also wrong.

"Me and my friends are in a perilous situation. Believe it or not, you are the only one in the town who can save us." Josh confessed.

Eira snorted. Her face straightened the moment they saw his serious eyes on her.

"Sorry to break it to you but I'm just a human. There's no way in which I can help you in any situation. Besides, even if I could, why would I?" She felt a sudden braveness rush through her veins. In no way would she have said the last part otherwise.

She was tied in a dungeon and had no idea how far away she was from Orilon, her hometown. Bella must have already filed a missing report in the police station and well, Caleb? She didn't want to think about that douche.

When Josh began, she had no idea how much his words were going to change her life, "I'll come to the second part later but I'll correct the first one. You see, last night Damien tried to control your mind to not scream and you did, which means he failed. Which means— you're not a human."

A lump formed in her throat and she asked in a low voice. "Then, what am I?" 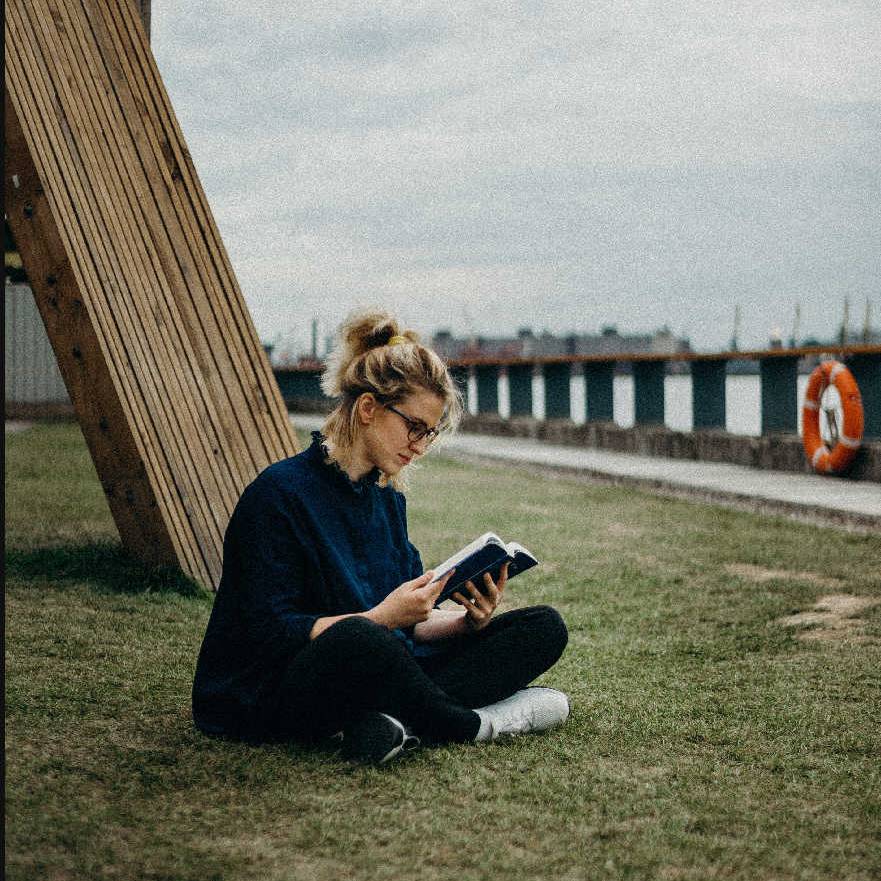 Alexis Porter
What an addicting book so far!
VIEW ALL COMMENTS