Alexander Wolf stared at the trembling man in front of him. He was genuinely annoyed that instead of spending his time drinking and gambling at the bar, he had to deal with this pathetic old man.

Fucking James Brooks. He was about his father’s age, but this mumbling idiot did not deserve his pity, nor his respect. He was like a bug that needed to be squashed beneath his feet.

“Please, Alexander, I just need a few more days, that’s all!” he cried. Tears were streaming down his face. Why didn’t he think about the consequences before borrowing all that money from him?

Alex shoved the barrel of his gun in his mouth. “You had exactly 155 days to pay off this debt. Today is day 157, which means I was more than generous since I granted you two extra days. And now you are telling me you have no money? Tell me why I should let you live?”

James stared at him wide-eyed as he waited for his answer. Oh right, he can’t speak since his mouth was full. Alex took the barrel out and placed it on James’s temple. There, now he can speak.

“Well?” Alex asked and looked at him intently

“Look, I have some money. Just not all of it. I have about 300 thousand dollars in my bank. I will give you all of it!” James swore.

“See, there is a tiny problem. You are about 400 thousand short on this debt. But since you offered your entire savings, I will grant you the privilege of choosing your death. Would you like me to shoot you in the head or your heart?” Alex said in a cold and harsh tone.

“Alexander, please don’t kill me. There must be another way. I will do anything if you give me more time. I will pay off the debt, I promise!” he pleaded.

This old man was acting like a pathetic loser, and it was pissing Alex off. He was tempted to pull the trigger and end it once and for all, but it was kind of fun to toy with him. He did not have anything else to do on his agenda, so this is going to be his entertainment for the day.

He got up and started to look around the house while James sobbed on the floor. It was a big house with expensive furniture. This fucker was living well with the money he borrowed and had the audacity to refuse him when he asked for it back. Why didn’t he sell the house if his debt was this bad? Some people have no brain.

He picked up a framed picture that looked like a family portrait. It was a picture of younger James with his wife and a little blonde girl who looked about five years old. Hmm…maybe he could threaten to kill his wife and kid to mess with him even more, Alex thought. Not like he would actually do it but sometimes threatening the family gets the job done. At this point, Alex was willing to do anything to make this old man cry.

“Who’s this?” Alex asked and pointed at the picture.

“Bring them out,” Alex ordered.

“My wife passed away,” James said. His face was as pale as a ghost when he realized Alex was about to target his family.

“Then bring the other one, shithead,” Alex barked. “Your daughter, bring your daughter.” His patience was wearing thin.

“Pp..please..leave my daughter out of it. She has nothing to do with this. She is innocent!” James cried.

“Did I fucking stutter? Bring the girl out, or I will drag her out myself,” He glared at James, which brought him up to his feet.

“No, please, I will call her. I told her to stay upstairs,” he said.

“I didn’t ask you to describe your daily routine. Call her down right now!” Alex said.

“Saoirse! Would you come downstairs for a minute?” James called. No one responded for a minute.

“Saoirse, honey, please…daddy needs you!” James called her again. His voice trembled like he was about to cry again.

What the hell kind of name was that? How do you even pronounce it? Alex thought irritably.

“Daddy? You told me to stay in my room?” A sweet, melodic voice answered from upstairs.

“It’s okay, sweetheart, there is someone who would like to meet you,” James said.

Alex looked up as he heard light footsteps coming down the stairs.

Something ignited inside of him as he stared at the girl in front of him. This was no five-year-old child. This was a full-grown young woman who looked about nineteen to twenty. And she was the most beautiful little thing he had ever seen.

She was no taller than 5 feet two with a petite figure. Not exactly voluptuous but not fully flat chested either. She had big green eyes and a head full of blonde wavy hair, like a little fairy. She had full lips that looked soft and kissable. She seemed really shy and uncomfortable around him, which turned him on even more somehow.

“What’s going on, Daddy?” she asked after hesitating for a moment. “Did they hurt you?”

“I am fine, sweetheart, don’t worry about me,” James groaned.

Alex walked over to her and picked up a lock of her hair with his finger, then twirled it around playfully. She flinched as his fingers brushed against her neck.

“Tell me your name again,” Alex ordered her.

“Um…Saoirse…but my dad calls me Suri,” she said.

“Suri…you are a slight little thing, aren’t you?” he whispered. “How old are you?” he asked.

“Um…nineteen,” she said. Her voice was trembling like she was scared. I guess he could not blame her since he just assaulted her father right in front of her.

Ah, young and sweet. Alex wasn’t usually into girls that were that young, but he will have to make an exception for this one. She was just too beautiful and perfect. For some reason, he felt extremely drawn to her.

Comments (7)
Sybil Clarke
Jensen should have died he’s evil to Kisa and she’s spineless and stupid. She only have strength to be rude to Gilbert everyone else abuses her and she allows it. 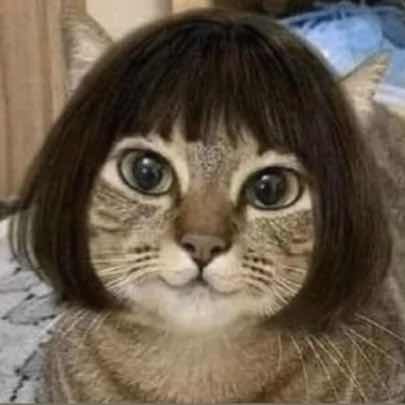 Bella Jersey
One thing Alex was right could sold house and all the things in it. I am nervous Alex like virgin Suri.

Bella Jersey
Suri is that like Memoirs of a geisha? 
VIEW ALL COMMENTS