Violen was trapped in uncertain anxiety. Either she must be happy or feel anxious about the situation she is experiencing. Happy because it was Daren who gave her the letter, or worried that she didn’t usually get messages like that

Violen was still staring silently at the letter that was on the table. She was busy sipping the orange juice, while she only looked at the letter doubtfully. Lesley, who was sitting in front of Violen, accompanied her best friend, who always visited her cafe after returning from college. And now, her friend is trapped in anxiety that makes her furious.

“Until when are you just staying like this?” asked Lesley, rolling her eyes lazily.

“When are you going to read this letter?”

“Oh, God. Stop that violen. You came to me gasping for breath. Tell me this is a letter from Daren. And now? Are you just silent? You’re the one who said that you haven’t finished reading this letter”.

“That, it’s because I saw the first sentence. Daren’s name is written there”.

“I will read it.” Lesley took the letter quickly. Not even Violen had time to stop it.

“No, no, no,” shouted Violen, closed her eyes tightly, and lowered her head.

“What makes you worry so much like this? Okay. I’ll read the letter,” said Lesley, she waited for Violen’s reaction, but Violen was just silent and didn’t seem to protest at all.

“Hello, violen. It’s me, Daren. I don’t know how to say this. Do I sound weird? Can we get to know each other? I mean, even though we are in the same class, but we never chat. So here’s my phone number, call me when you’ve read this letter.

Violen was still silent. Her head still bowed even though Lesley had finished reading the entire letter.

“What?” Asked Violen still with her head bowed

“I’ve finished reading this letter,” Lesley spoke in a deliberately raised tone. Hope violen understand the meaning of his words

“Raise your head and look at me,” asked Lesley.

“Okay,” said Violen lifting her head, but she still closed her eyes.

“Open your eyes. And look at this”

Violen opened her eyes slowly. She glanced at something that was pointed out by Lesley. Lesley pointed to the telephone number printed on the letter had read earlier.

“This is the telephone number of your crush. This is Daren”

“What if not?” Asked Violen, her face still looked doubtful

“Just try it, you can call it. You know his voice, don’t you?. Besides, who doesn’t have a job to tease you like this? trust me this is Daren. I’m so sure, Sweety”

“You just need to be confident, okay, you don’t need to doubt anything. Everything will be alright”

Violen nodded in agreement at Lesley’s suggestion. Her heart was beating erratically when she saw the telephone number that was written in the letter. Violen feels that she is playing in a dream world. sHe didn’t dare to conclude that the situation she was in was real. Behind it all, somehow, her heart still feels awkward.

Violen took a towel to dry her hair after shampooing, she rolled the towel on her head, until now her hair was covered. With just a few curves, Violen lets a towel perch on top of her head to dry her hair. She has a hairdryer, and she has a hair straightener. But the tools are only neatly stored in the cupboard.

Violen took her cell phone. Her cell phone had been ringing. But she chose to ignore it. Why? Because as he thought. When she saw the cellphone screen, the person calling her had been her Mom. There were 21 missed calls on the net.

“Okay, what should I do with you” said Violen looking at the letter in her hand. Violen put the letter side by side with her cell phone. She walked to the window of her room and saw the scenery outside, hoping to calm her heart, still worried.

In the next second his cellphone rang. Violen glanced at the screen of his cell phone. If it were her Mom, she would choose to ignore it again. But at that time, Lesley’s name was printed on her cellphone screen.

“Have you contacted him?” asked Lesley matter-of-factly

“Why? Are you out of your mind? You want him to wait too long?”

“Aarrghhh” complained violen and turned off his cellphone. Violen looked back at the scenery outside the window. She was trying to pull himself up one more time. But again her cellphone was ringing. Lesley’s name was printed on her cellphone screen.

“Have you contacted him?”

“Not yet Lesley. Why are you making me even more confused? “

“I don’t want you to waste this opportunity. what if it’s really Daren? “

“What if not Daren? How about someone who just wants to be with me?”

Violen grumbled and turned off her cell phone again. This time she had the intention of not answering whoever called her. The letter with pink paper stole the attention of the violen also. Even the color of the stationery was making her nervous. The next second, the violen chose to ignore the letter and leave it lying on the table.

Violent activities as usual. She was grappling with day after day that barely changes. Even if something changed, that day, the violen couldn’t control her feelings. She remembered himself in the same class as Daren. What if Daren asked her about the letter? What if Daren is disappointed because she doesn’t contact Daren ?. Ridiculous thoughts danced through Violen’s mind.

Step by step, her feet brought her closer to the classroom. The closer she was to her classroom, the tighter her chest became. Violen felt as if her body was crushed by something weighty.

“Huff” a sigh of relief when she managed to sit on her bench. As usual, she slowly swept the classroom with her eyes. Her pupils were perfectly rounded when she saw Daren, who was now sitting with her friends. You can see that they are cool chatting.

“Does he realize my presence?” said Violin to herself. Violen was silent in silence. sHe couldn’t bring himself to start a conversation with Daren. So pretending you don’t know is the best option.

Time passed, although vicious anxiety was still the same. sHe chose to stroll behind Daren. She was staring at the man’s back when all the students left the classroom.

“Why is he acting normal?” Violen said to herself while her eyes were still staring sadly at Daren’s back, now walking in front of her.

Violen was lost in thought until suddenly something hit her and knocked her down. Violen grimaced in pain, and she saw the thing that had just hit her. And there Bryn stood smiling arrogantly.

“Upss, I didn’t know you were in front of me. You’re in my way, “Bryn said without feeling guilty.

“Of course. As you usually do,” grumbled violently softly.

“What? What did you just say earlier?” Bryn asked in a gruff voice

“No, there is no” replied Violen. Fear has already taken hold of violen

“You bitch” Bryn just walked away from the violen, leaving the violen still sitting on the floor

Fierce eyes are looking for someone she hopes to help her. Unfortunately, Daren seems oblivious to what happened to the natural violen. Daren continued walking without looking back. A little feeling of disappointment now scratches Violen’s heart.

The night was cold, while the moon hung beautifully above the ceiling. Violen sat on the balcony of her room, wrapped around the blanket. Her mind is still trapped in a world of restlessness. Lesley, who has been accompanying Violen, sits beside her while picking up a can of beer. To warm her body.

“So, you feel everything is really strange?” asked Lesley.

“Violen, we will never know if we haven’t tried. You’re acting like this because you’re not confident”

“Is it true? I’m just afraid. What if it’s people who prank me. Daren didn’t seem to care. Do you know? like he didn’t realize he had sent a letter for me”

“Maybe he’s not sure”

“Maybe Daren waited for your response first, because he gave the letter to you right ?. You should have shown him you read it. How does he know you’ve read the letter if you don’t give any response yourself”

Violen fell silent at Lesley’s explanation. And her mind says what Lesley said is the reality. Why did she expect that Daren would give the response she imagined, if she could, Daren was also waiting for a response from her

“Ahhh, I don’t feel the taste of college. How sweet is the life of the couple there,” complained Lesley sipping a little beer.

Without replying to Lesley’s words, Violen quickly got up from her seat. She was looking for something that made Her sure to call the telephone number listed on the letter. Satisfied she had copied the number onto her cellphone, she sat down next to Lesley again.

Without thinking, she sent a message to the owner of the number.

‘Daren, good to read your letter. It’s me violen’. That’s the short message Violen sent right away. sHe bit her fingertips holding back the feeling of chaos waiting for a reply from the message she sent. It didn’t take long for her cellphone to ring.

“Oh my God,” Lesley screamed. sHe approached the violen. Now they stare at the cellphone screen to read the reply message. And the sentence that says there is’ hey, you finally contacted me. I’m waiting for you violen”

A sentence that could make Violen endure happiness cannot be expressed in words, and Lesley, who hugged her friend happily. 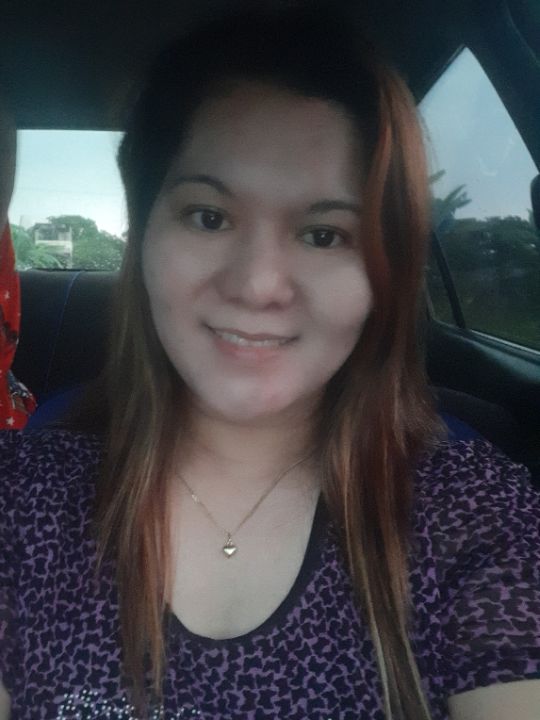