After taking enough cash from the nearby ATM which I have been saved for years, I hurried inside the campus mainly to avoid getting late. Today I will show him who I am. He may be one of the lists of 'don't mess' but I don't care.

I am going to pay my debt which he caused me and shove the balance amount to his face with that I will teach him a lesson. What did he think? I can't make a payment? Then I will prove to him how he wrong he actually was.

Fixing my mind full of various scenarios of how to make him suffer like he did yesterday to me, I started to walk towards the college campus.

I smiled when I thought of me punching his pretty face hardly as a wrestler woman before throwing the remaining cash on his face. How his reaction will be?

Absolutely, it will be like a fish; his horrible face going to be fun today. Hahaha...

When I entered the campus I looked around the surrounding. The infrastructure of the campus was breathtaking. In the corner of the campus, a beautiful garden was fixed which was covered full of green scrubs and beautiful flowers including Lilly, my favourite.

Such a wonderful view.

Yesterday I didn't get a chance to admire the beauty of this nature but today I will enjoy the view... ohooho look like not anymore.

In front of me, the curious students were gathering around the entrance. I don't know why, but I too get curious. I just penetrated through the bunch of students and my eyes widen in shock when I saw what was happening in front of me.

Curiosity may kill a cat, that's what happening here. He is hitting someone vigorously, taking the hell out of his life. But no one took any steps to stop him, instead, they are taking videos and enjoying the show.

The guy was bleeding so badly, but he didn't stop his attack. I feel pity for him. If I hadn't been his target yesterday I would help this poor boy. Yeah! And in no time I would become his target today. Haven't I told you destiny is always my side?

All of a sudden the college principal and the correspondence came into the entrance but they didn't utter any words, Instead, he was the one who gave the order.

"Suspense him." He barked before storming out of the place with the rage-filled body, not before glancing at my side. If anyone had stood in front of him, he would burn them with his anger.

What? But it's not his college to take his own decision however he wants, right? After all his dad owns this place, not him. Someone, please remind him.

One by one the crowd totally dismissed and my guts were completely fell down.

The guy's name is Paul who was the final year student here. Paul went to the cafeteria and ordered a tea to drink but Karl snatched the tea from him and asked him to get another.

As a senior, Paul got angry and he raised his voice against him saying, "If you want one go and get by yourself." Seems a bad move, isn't it?

That's it. He poured the tea on his face and smacked the cup in his head. Not getting enough satisfaction he started to hit him. The rest of the story is history which we already knew.

Thank God! I'm glad at least I was not in his shoes. The thinking of what would have happened if I had executed my evil plan to him brought a shiver down my spine.

He would definitely sue me out of this country if I did as I planned. So I just paid 9975 Rs to the cashier and ordered a cup of coffee with the remaining balance and sat alone in the cafeteria thinking about how to avoid confrontation from him.

"Sheila you are under critical time, even time is not helping you. Everyone is watching your every step, so behave." I warned myself for my welfare.

But as I expected, he didn't appear anywhere near me for these short days.

The time flew fast in its own way. I am not complaining just overwhelming. Because today is Friday then the weekend will kiss my forehead.

I know everyone likes the weekend and I'm not an exception because I get some peaceful sleep only on those days. I don't know what other people normally do.

As I was spacing out of my own thoughts, I didn't hear whoever was calling my name. It came as a faint whisper so I ignored the sound.

"Sheila!" Someone called my name with a force to shut my whole system. Who was calling me this time? I furrowed my brows and realized my teacher was staring at me.

I just faked a smile and stood there. Such an embarrassing moment. But what I heard from him brought confusion to my mind. The professor said, "Someone wants to see me and have been waiting for me in the waiting room."

Who will be? I have no friends here because of that stupid clumsy devil boy.

By remembering him, for these past four days, I haven't seen him or simply says encountered with him. Well, I am glad because whenever I saw him I practically drag myself into trouble.

I don't know whether I am the trouble maker nor he was just making me trouble.

I excused myself and went to the waiting room to see whoever is wanting for me there. Well, I am not that much popular in college.

And when I reached the waiting room, the heavy atom bomb bombarded my head. The devil, my almighty Satan, was standing right in front of me with a huge smirk plastered on his face.

Gosh!! How badly I wanted to wipe that smirk off his face.

Wait... first of all, why is he standing here?

OMG!! Does he want to meet me? But why? I did nothing wrong.

"Are you there?" He asked annoyingly.

"Huh!!" I replied with a crispy tone.

"Listen, doll. I never repeat myself. Today I have a football match. So you are coming with me for coordinating the match and don't forget to bring a drink and water for everyone and remember one more thing, don't get delay. I usually hate those types of people. Got it?!" He raised a question.

I just nodded my head as a response. "Good! You can leave now and don't forget what I said to you." with that he left.

Is he serious, why he wants me there? I am not his slave to bring him a drink and water. If he wants, he will buy by himself.

I am almost standing here in the past one hour with drinks in one hand and water on another hand. Yeah! Yeah! Whatever you are thinking is right. I only said I won't make it here but I'm afraid of my life. What if he bites me? They don't have any medicine for human bites.

Like he demanded I reached the ground on time. But what makes me annoying is, he didn't even come to get his drink from me, instead, he gets his water and drinks from the group of girls who were standing beside me wearing nothing but the most revealing clothes.

Now I feel useless because he doesn't need anything from me. He just wanted to make fun of me and succeeded with it. Now I get the point.

I tried my best to hide my tears which were threatening to come out. Everyone is making fun of me and he is simply enjoying the pageant.

He made me wear his sweaty ugly T-shirt and everyone started to take a selfie with me as I'm a model while some of them already posted the selfie on their social media.

Now, this is his turn. Because he took a drink from my hand and poured it from my head to toe. I'm fully soaked wet with the juice and hearing everyone laugh made me want to cry louder but still, I controlled myself.

I don't know what I did wrong to deserve this.

Finally, he came near me and said the one word that I never wanted to hear. He said how lucky I'm to wear his T-shirt because everyone in the college is dying to wear this.

Idiot, I mentally cursed him.

It's getting too late, almost reached 8 pm in the evening, yet, here I am wandering around the ground following with this stupid evil boy. It seemed to be his habit of playing football every Friday evening.

Everyone ready to go to their home and most of them already left. Here that devil boy and his useless friends are packing all their stuff, but that devil boy made me carry all his stuff.

When we reached his car he shoved the bag into the passenger seat before turning his attention towards me. "As for how much I wanted to be your ride, I can't because I am not fond of any creepy creator like you." He drew me closer by my waist and planted an ugly kiss on my forehead. With that, he hopped into his car and took off without glancing me back.

Ewww!! I wiped my forehead where he planted a kiss.

I don't need his attention but how heartless he is. It's too dark outside. Thank God! My hostel is near to the college, otherwise, I would go crazy. "Once I cross the road, I will reach my hostel." Repeating this as a mantra I started to walk.

Again today was a big day. I jumped on the bed and my mind relaxed by thinking how tomorrow and the day after tomorrow is going to bring some peace inside. I can relax and sleep peacefully.

No Karl, no devil.

Sleep consumed me the minute my head came to collide with the pillow and I find myself drowning into a peaceful slumber.

Comments (2)
Ruru Haku.
Check your grammar. Your sentences give headaches!!!! 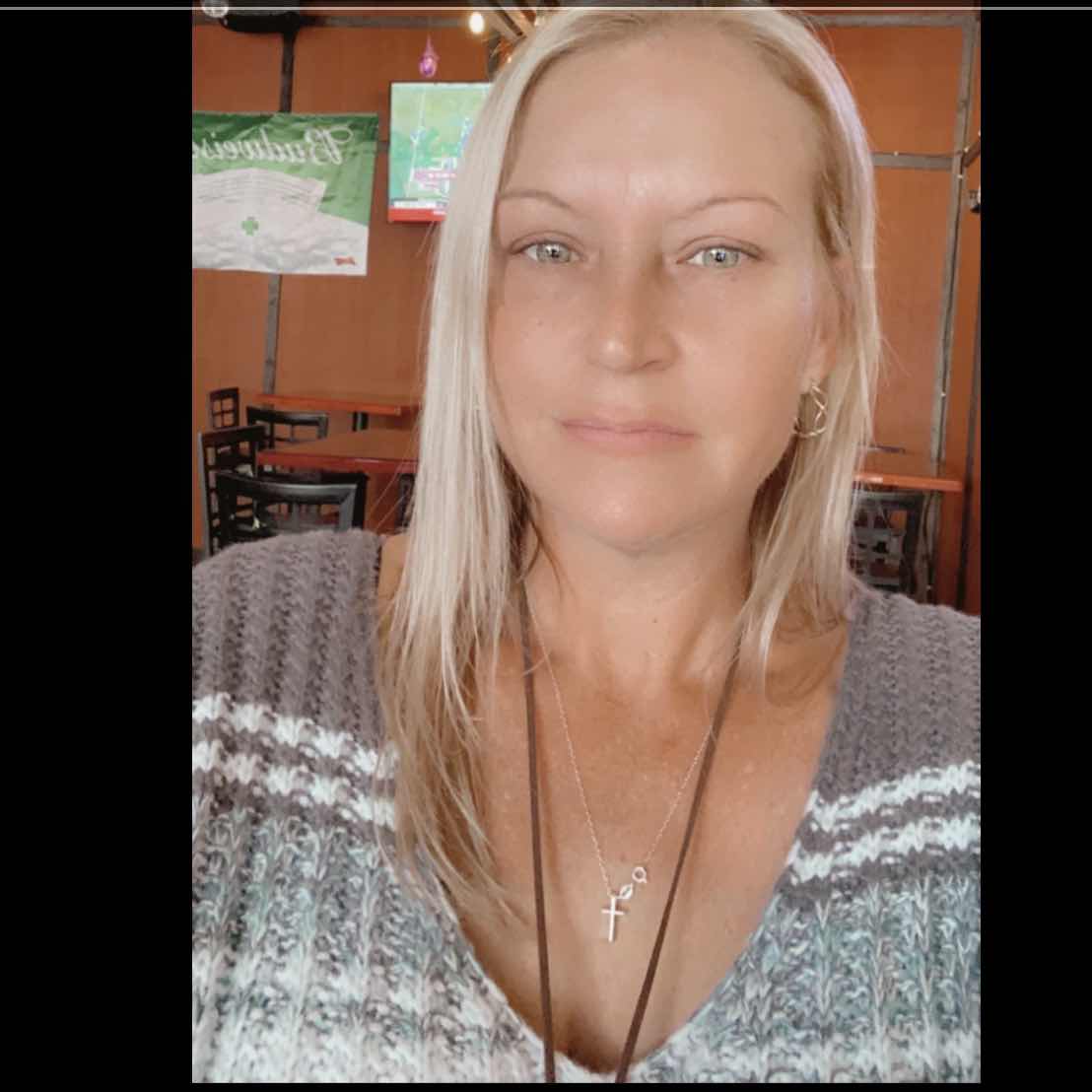 Tyra
Oh “The Devil” would have already been kneed in the crotch!! Poor Shelia!!
VIEW ALL COMMENTS