"Wherever you hide, I'll find you. When your name is on the Noxious list, you will die. Even in a cruel way."

On the 21st Century Likeside Estate, Greenwich, Connecticut stood a luxurious three-story house owned by Sean Johnson. House in Georgian architectural style away from the crowds. Because Sean really wanted to keep his privacy and safety.

A black Maybach 62 sedan stopped in front of the house. The two cars that followed also stopped behind him. A man wearing a black suit walked out the front door. The man opened the back door. Sean who was still busy with his cellphone walked out. He stepped in followed by the other bodyguards. Two servants greeted the host at the door. But the man continued to walk in without noticing them.

Like the outside of the house, on the inside the Georgian design is also thicker. Soft light gray color with intricate ornament. The room looked symmetrical and what stood out the most was the selection of the elegant Sash windows. However, the classic British style must be broken by the existence of an elevator which is part of the modern world.

But Sean never cared if he had damaged the beauty of the classic house. Because for him modern equipment is also very helpful to him. Just like the elevator was used so he could reach the third floor quickly. Where the bedroom is on the top floor.

The elevator opened and Sean stepped into his bedroom. The bedroom door is different from the other doors. The door was made of iron with a device on the side that detected Sean's palm. No one could enter the bedroom without using Sean's palms.

After placing his palm on the screen, the door opened, detecting Sean's palm. The two men who were still guarding Sean stopped at the door to the room and stood guard there. That man finally put his phone on the table and took off his suit and shirt. Taking a shower will make him feel fresher.

However, while enjoying the splash of water, suddenly the fire alarm went off. Sean turned off the tap and grabbed a towel to cover her lower body. He walked outside and used the intercom to contact his security guard.

"There's a fire in the kitchen, Mr. Johnson."

"How did it happen?"

"We're looking into it. Mr. Johnson shouldn't come out of the bedroom. You'll be safe in there while we'll take care of it."

Sean also put on his clothes. He wore casual clothes with his t-shirt and long gray training pants. He was sure there was something wrong with the fire. Her vigilance increased. That man did not know there was another threat he would face soon.

At the back of Sean's house, Kay, wearing black trousers and a tight black jacket, was pulling a bow. Both hands wearing black gloves. She aimed the arrow at the upper wall near the window on the third floor. After the target was right, Kay released an arrow tied with a rope slid up through the wall. That woman pulled the rope tied with the arrow to determine its strength. After feeling sure that the arrow was stuck firmly, Kay took a deep breath and exhaled.

"Let's do it." With quick movements, Kay walked over the wall with the help of a rope. The rope held her body from sliding down. In a moment, that woman had reached the window.

Kay took out a small object like a toy car and kissed it. "I trust you, Tiny car."

Then that woman put the toy car on the window pane. The toy car moves along the edge of the glass while emitting a hot laser capable of forming a line through the glass. Kay took out another object from her pocket. A square with rubber that can stick to the glass with a ring holder on top. After the little car had finished doing its job, Kay took the little car back and pushed the glass. With the ring holder, the glass doesn't fall and makes a sound that can attract everyone's attention.

Carefully, that woman placed the piece of glass on the floor and jumped in through the window. She turned around. No one there. As Kyra expected, most of the bodyguards were downstairs.

Kay also stepped to the right according to the instructions of her sister. "How many bodyguards are left?"

"I have to divert one's attention to avoid making a fuss."

"You can use Kim's sighing voice." Kyra chuckled at the idea that came to mind.

"Why should I?" Kim suddenly answered.

"Make yourself useful, Kimisima. Because only you know how to sigh." Kyra began to like the call.

"I can do it. Not with a sigh." Kay shook her head at the little argument between her two sisters.

"Why? Is it because that sigh reminds you of a wild fantasy with your Italian man?" Kim chuckled.

"I'm going to throw a Tiny car at you to split your brain, Kim." Threatens Kay.

"You make it sound terrible, Kay." Kim made a sound like shivering with fear.

"I think I can fight them at the same time. Will you make a bet?" asked Kay when she reached the end of the hallway. She had seen the situation. And it's very easy to knock out two people at once.

Kay sneered at the time her siblings mentioned. "Seriously? You think I'm that slow? Five minutes for an extra large pizza."

Kay took the small knife on her waist. She took a deep breath and exhaled. "Let's get started."

Kyra who is in her room starts to spin the stopwatch to find out how many minutes it will take Kay to kill Sean.

Kay stepped out of hiding and ran towards the two bodyguards. She threw down his dagger and stabbed it into the neck of the man closest to him. Both of the man's hands were about to pull out the knife on his neck. But because the knife had pierced both carotid arteries, blood going to the man's brain immediately stopped and caused death.

Seeing his comrade dead, the man with the dark hair grabbed a gun and wanted to shoot Kay. But Kay quickly kicked the man's hand until the gun in his hand was released and thrown upward. Kay jumped for the gun and fired the gun into the man's head. When Kay's feet touched the floor, the man's body fell to the floor.

"The bodyguards have been eliminated."

"Time is not over, Little sister."

Still carrying the gun, Kay took off her right glove. She placed her palm on the detection screen. Because using Sean's artificial hand, so access was accepted. As the door opened, Sean pushed Kay's body against the wall. The man looked surprised to see a beautiful woman in front of him. He thought he would meet a big guy  who was ready to kill him.

"Who are you?" Sean curious.

"I came from a dark world for you. Noxious."

"Noxious?" Sean looked completely shocked. The man had heard of Noxious. A cruel beauty. But he thought it was just hearsay.

One corner of Kay's lips lifted, creating a murderous smile. Makes anyone who sees it will feel goosebumps. There was no doubt that her eyes were unique. As if that woman wouldn't stop until her job was done. Kay's hand between her and Sean's body was releasing the slide which was the top of the gun.

"I'll still kill you. Wherever you hide, I'll find you. When your name is on the Noxious list, you will die. Even in a cruel way."

Kay's two hands that were holding two parts of the gun were raised. Stabbing it on both sides of Sean's neck. Instantly fresh blood immediately flowed profusely. Makes the man's body stagger backwards before finally falling to the floor.

"Shit! Four minutes and forty seconds. I almost got my ice cream sundae." Kyra grumbled at the time indicated by her stopwatch.

Kay threw away the gun and took back her dagger which was still stuck in the neck of one of Sean's bodyguards. Took a tissue in his pocket and wiped the blood stuck to the knife. There is no guilt in Kay's eyes after killing three lives. The woman walked towards the window where she entered into the house.

Kay was already holding the rope and getting ready to go down when he heard the sound of approaching footsteps. Until he saw the guards who were looking at him.

Below, Kim was waiting for her on the blue Lightning LS-218. At the bottom Kay jumped behind her sister. Kim rode the electric sports motorbike at high speed. Behind them the guards shot at them. Thanks to Kim's shrewdness in riding a motorbike. So that they avoid bullets. Finally they are on the street and free from pursuit.

"WE DID IT!" Kay and Kim shouted simultaneously.

They did their job successfully. and after this they will feast to celebrate their success. As Kyra guessed, her eldest brother always did her main job well. Even if you saw the timing earlier it was truly amazing.

Kay is very sadistic huh? It's terrible to imagine him killing. In the blurb, Kay is like an Autumn Crocus flower. Purple flowers are very beautiful but dangerous. In that beautiful flower there is a colchicine compound that can cause death. Who said that?

writing this chapter is not easy. Because Marry has to research the murder and the tools used by Kay. So hopefully many will like this story. 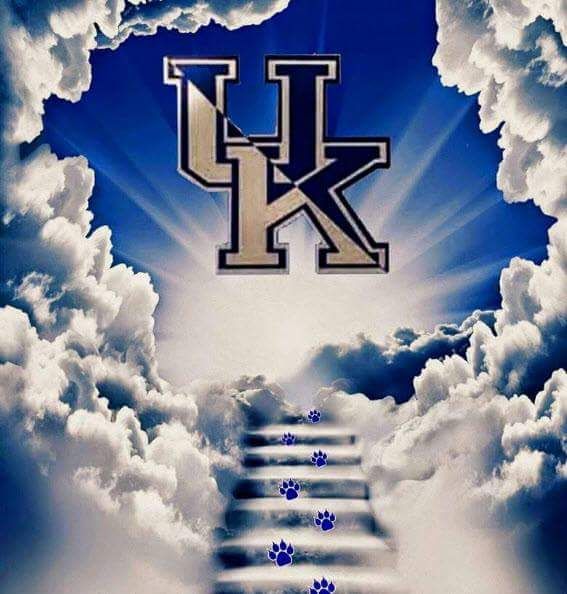