Aunt Flora is what one would refer to as eccentric. Most keepers are a bit eccentric. It is not easy being different, the ability to see and deal with the supernatural comes with some drawbacks. One of them being loneliness. Aunt Flora has a phantom lover, that is what she claims. I have never seen him though. Werewolves do not have the power to see ghosts, but she is very sweet, so I humoured her.

Currently, she was shaking her head when I told her about Mark's proposal.

"Your mate won't like it," she replied, shaking her head.

Aunt Flora was 50, though she looked around 35. She was pretty with her short red hair and elegant dressing sense. She reminded me of Jacky Kennedy. Though I think an aunt is prettier.

"Nonsense, all wolves want their mate, it is known. Poor Mark, he will be so broken-hearted," She said with a gloomy face.

"Why would Mark be heartbroken?" I asked, surprised.

"He is not your mate. Once you find your mate, you will no longer be with Mark." She said matter-of-factly.

I rolled my eyes, "can I go for a run? Lana is getting snarky." I said, referring to my wolf.

"Yeah, go ahead, just stay away from neighbouring property," she waved her hand dismissively as she was having a conversation with her boyfriend!

I wondered how she explained the presence of a wolf on her estate. Probably, she claimed to own a giant dog.

I stripped off my clothes and shifted into a brown wolf as I ran into the cold night. The first snow of the year was falling, and the field was covered with a dusting of white powder. I did not feel cold, though. My thick fur protected me from the English winter.

The flight announced its landing and I squirmed sleepily in my seat. I was finally home. One good thing about Florida is that it enjoys the mildest winters in the United States. The days are typically sunny and warm, while the nights are a little cooler. I collected my luggage and, as expected, my entire family was there to greet me.

"Alice!" Emma ran towards me as Martha, Thomas, and Linda followed.

After a round of hugs and kisses, I was bundled into one of the several waiting cars, and we started for home.

"Look at you all grown up and glowing. Show me your ring," Linda asked.

I blushed and displayed my ring. The ladies oohed and aahed as expected.

"Look at that giant rock," Emma commented, "looking forward to the wedding now." She winked.

I shuddered. I was still reeling from the shock of being engaged, a wedding would have driven me off the edge. My wolf was extremely impatient, eager to find her mate.

"We haven't decided on the date yet," I said," we are taking it slow." I breathed deeply, trying to brace myself for further prying questions.

"Well, we are eager to meet this Mark of yours. Do invite him to Florida, our beach weddings are wonderful." Martha quipped.

I could not imagine Mark among the pack of wolves. Trying to change the subject, I inquired about Linda's twins, my lovely niece, and nephew.

"How are the kids, Linda? I hope they haven't forgotten me," I said.

We conversed until we reached the gates of the Jade moon pack. In the modern age, pack life has changed significantly over the years. Most modern packs do not live in one house anymore and have turned the land over to individual families.

This also made things legally safer since it was less questionable for multiple families to own a couple of hundred acres versus one individual to own thousands of acres. All the lands were still considered Pack's, since all the families were Pack, they were just more discreet.

Jade moon Pack had a similar arrangement. A row of houses surrounded by lush green forest and a private beach. We still had a safe house, a combined kitchen for the unmated or people who wanted to eat together. Gyms, schools etc. everything necessary for a small township was on the campus.

Many pack families had outside interests and jobs as well. Even though living separately, the Pack was a tight-knit community. Everyone relied on their pack mates for companionship. Some packs were very conservative. They did not allow anyone to leave, kept their females locked in. Attacking packs for capturing their females was common in earlier times, especially by rogues. But times have changed.

Most female wolves were the textbook definition of bare feet and pregnant! They stopped school as soon as they found their mates at around 18, and all they did was pop out pups. Yet another reason why I did not want a mate. However, Jade moon was different Moon's father always encouraged education and most youngsters went to college.

Having grown up together, most wolves were true friends instead of just pack mates. There were still mandatory Pack meetings, held on the full moon of every month, which were attended by everyone. It was a well-knit, safe community, except for the fact that I was sent away at the age of 9.

I had no idea why I could not stay after my brother took over the pack. I had come around to accepting this arrangement, and I was not interested in returning anyway. I am what they call an urban werewolf. I was greeted by Clara and Johnathan, my five-year-old niece and nephew, as soon as I reached Alpha's mansion. My brother owns the biggest house in the pack, which sometimes doubles up as a safe house and accommodates visiting guests from other packs. Beta Thomas's house is right next to it.

"Hey, sweethearts how are you," I laughed, hugging my niece and nephew.

"You look good Rick," I said, hugging him back.

I settled down in my old room overlooking the pool. It had not changed much. My room was still the same. Perhaps, if I had stayed back, I would have liked living here. I still do, it is just that memories of my dead father, my mom going mad with grief, haunts me.

For some reason, I cannot recall anything about my father's death. Although it happened right in front of my eyes. Psychiatrists call this repressed memory. Sometimes, traumatic events may be stored in the unconscious mind and blocked from normal conscious recall.

I am not sure if werewolves are capable of repressing memories. At least I was.

Emma was taking me to a beach house party on Saturday, a few days after my arrival. A party meant shopping. According to her, I had not brought any bathing suits with me, so it made sense.

We drove to a mall in the city and started browsing through various shops.

"I hope this won't be another meeting at the Alphas party," I asked.

I had no interest in going to such looking-for-your-mate parties. I was engaged to Mark, that is it.

"There might be a few Alphas, but it's just a normal house party, you don't have to look for anyone if you don't want.... unless..."

She shrugged and went back to her shopping. Suddenly, a chill ran through my spine. We were not alone. I sniffed the air, trying to get the scent of someone, anyone, but it was too mixed up. The mall was crowded, and it was hard to pinpoint one person. Dismissing the thought, I paid my bills and left the mall.

The summer house was a typical detached house situated along the shoreline. It was being hosted by Emma's friend Lucy. She belonged to the Reds pack. They were distinguished by their red hair, hence the name. Her pack was well-off, and they had several homes.

When Emma and I reached the place along with Bobby, the party had already started. There was a large living room in the middle of the house, and in each wing, there was a long hallway leading to many bedrooms. Now that the place was packed, people were cramped together. A few hours later, the party was well underway. Everyone seemed to be enjoying themselves, and I could hear many people talking and laughing in between the music. At the other end of the living room, some people had even started dancing. They had to move several large sofas to create them. They had to move several large sofas to create the space, but it seemed to be phenomenally successful, allowing the people that attended dancing classes to show off their technique. I was not one of them, so I simply looked at the couples dancing. A few guys had shown interest in me. I had a good conversation with them and subtly told them that I was engaged.

"Alice, come and dance with us," Emma shouted and waved at me to join her. I just shook my head and lifted my glass to indicate I was happy where I was. My wolf had suddenly woken up from her slumber and she was agitated.

"Calm down dear," I soothed myself.

I was walking by the pool glancing at a group of boys and men throwing a ball back and forth.

Something bumped into me, knocking me off balance, causing me to fall into the pool along with what seemed like a wall of hard muscles. He smelled divine, a mix of musk and grass, and mint.

I was grabbed and tucked into a broad chest, an arm wrapped around my waist and one arm around my head. Pressed deep into his chest, only one thought rang in his mind. 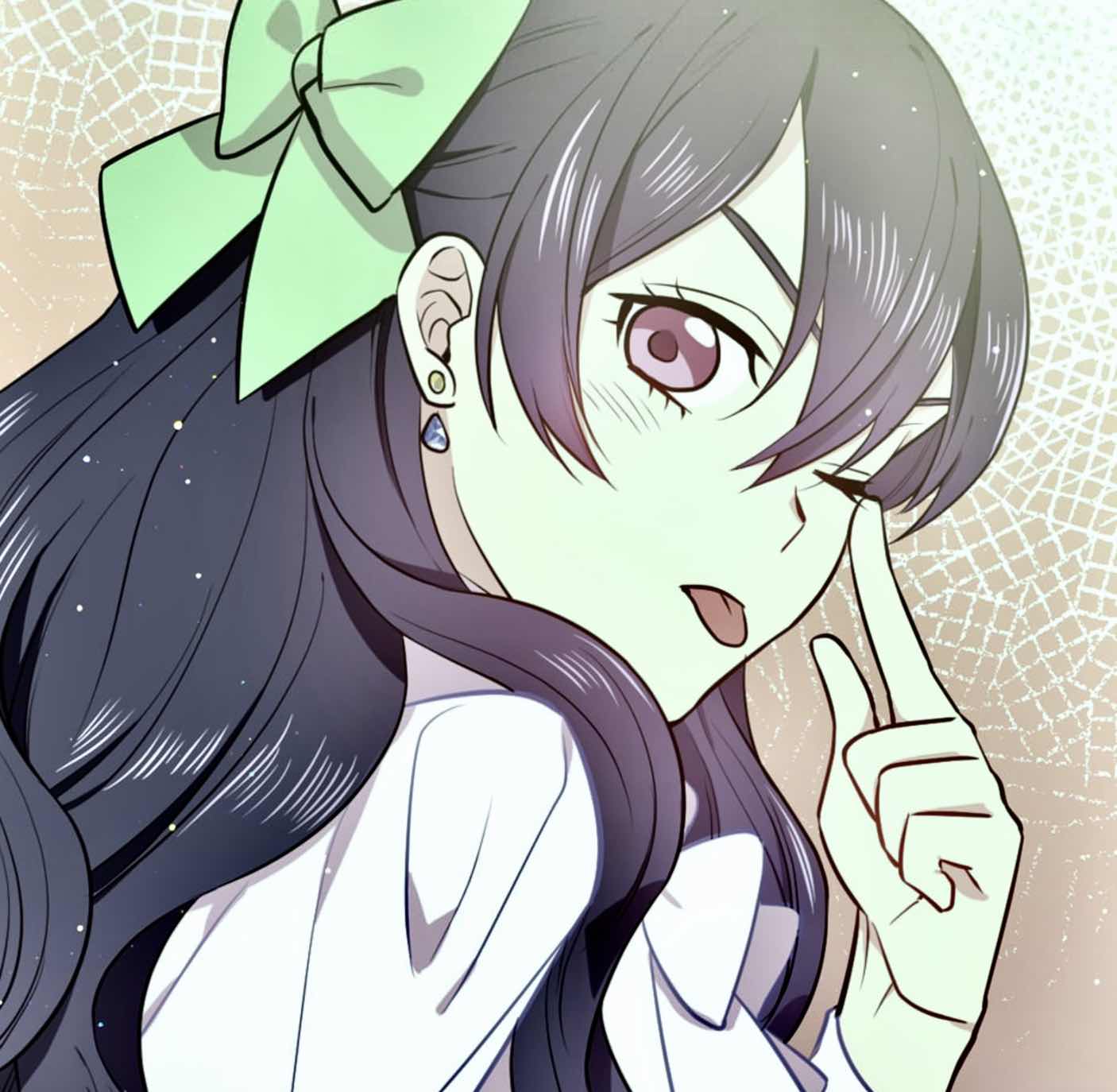 Misa
I thought I was just sleepy at first, glad someone else sees that the chapter paragraphs are duplicated.

Melissa Tynan
waste of money on that chapter paragraph repeated 3 times to fill chapter...
yoland millbourn
You need to proofread as you wrote the same chapters twice but the story is very good can’t wait to see what happens next
thelancasters873
Oh oh bye bye Mark! Poor Mark. Give him my number haha

Henrilyn Gacayan
now they met,
Cynthia Allmon
What will she do now? Reject him? She said she would but will it be as easy as she seemed to think!
Solein
Inquired**
VIEW ALL COMMENTS