Chapter 2: Refuse To Be Weak

I‘m now in a mess. Why is this happening to me? Who did I offend? Is the Moon goddess angry at me? I'm now a crying miscellany. What? Even men are allowed to cry. Soon, I will probably end up in the packhouse running errands, scrubbing floors, and kissing the Alpha’s feet with each passing day. Wolf or not, Omega or not, I refuse to be weak. I won’t let this take the best part of me.

I refuse to be weak, with or without a wolf, I will do everything And I mean everything. I don’t care about Moon goddess or what the fuck she thinks she is doing. She just made a mess out of my life by turning it into a living hell. Still, I refuse to be restrained by it. I refuse to be broken By life itself.

With this new determination, I let out the breath I had been holding in for a long. I wiped my tears. The following day, when I woke up. I found mom sitting on my bed, and it seemed like she was. She was observing me when I was sleeping.

“Morning, mom”, I greeted her, acting as if nothing had happened.

“Morning Vince.” She whispered and lay a kiss on my forehead. “Tomorrow is Andrew’s Alpha

The ceremony and he had decided to select Rachel as his chosen Mate.” She informed me, on which I Nodded.

“I should pack my thing to shift in the room, which is allocated to Omegas,” I murmured.

“Vince,” She cupped my face. “You being an omega won’t stop me from loving you as you will always be my little prince charming, and I won’t let anyone harm or bully you. I have talked to your father, and he agreed to let you keep living with us; you don’t have to move to anywhere, and like other Omegas, you don’t have to work as a servant. But you have to work on weekends and when there is any ceremony in the packhouse.” Mom declared openly, giving me an assuring smile.

I hugged mom. I wasn’t expecting my mom to be this understanding. Most families waste no time sending their pups to the Omega’s quarter the minute they turn out to be an Omega, and here, mom still chose to love me.

“But son, it would help if you had not rejected Rachel.” She added, on which I broke the hug. “She was crying a lot, you know, your father is hell mad over this fact. To undo your mistake, Andrew came Forward to select Rachel as his chosen mate.” Mom said in a disappointing tone.

“Mom, that’s not the truth.”, I explained. “Rachel was the one who rejected me,” I said and Narrated to her everything that happened last night. “I am going, telling the truth to father.” after saying this, I was about to leave the bed when mom held my wrist.

“I doubt that he will trust you.” She said. “I don’t want him to insult you in front of others about it. So, please start working for the Alpha’s ceremony.” She suggested and left my Room.

It will be a long ride, but at the very least, I know I have my mom with me, and that’s the only thing that matters. The only thing.

I entered Omega’s quarter and found them distributing the tasks which they have to do for the ceremony. They sensed me and looked at me. The expression in their eyes was saying that they Knew me being an Omega now; after all, news like this travel like fire in the forest.

“Morning, Alpha Vince.” One of them greeted me and welcomed me with a warm smile.

“Please call me Vince.” I requested and returned the smiling gesture. “I was here to help you with work for the ceremony.” I let out to all of them to answer their unasked question.

“Do you know cooking?” A brunette girl asked in an excited tone.

“Great, then. Vince will help me in the kitchen.”, She decided.

“That’s not fair, Emma,” The guy who welcomed me winced in disagreement. “Vince will help me with my work.” He said, and after a minute, everyone was fighting with each other, and I was the reason behind it.

“Guys,” I shouted as I could. “How about I will help everyone for 1 hour?” I asked on which They agreed.

I started sending out the invitations to neighboring packs. There were a dozen packs, and I started working on it with the help of Ashton. After that, I helped Emma in cooking the dinner of the packhouse. Once everyone ate and left Their mess on the table, I helped Julian clean up the dishes.

After completing all chores, I went back to my room. I took a shower before sleeping, but even though I was tied to work, Sleep was far away from my eyes. My mind recalled the memory of Rachel in Andrew’s bed.

I left the bed and walked toward the window. I looked at the moon, and then my eyes Landed on Hailey. She is Rachel’s younger sister. She was sitting in the garden all alone and Staring at the moon. She is like a sister to me.

“Hey,” I grabbed her attention and went outside to sit beside her.

“Hey, Vince.” She returned a slight smile. “I‘m sorry for what Rachel did.” She asserted in a low tone.

“It’s not her fault. She did all this because of Andrew. I am sure, he would have brainwashed her. God! I hate him.”

Hailey snorted. “Really? And what about Rachel? Don’t you hate her?”

Hailey stared at me as If I had grown three heads on my head. Then she asked, “What...what Could you have done that would drive her to reject you? And she even slept with your brother.”

I sighed. I stared at Hailey for a long time. And then, I replied, “What she got from Andrew i.e. Luna position. She would never get from me.”

Silence took place, a long, deafening silence. I know she might be thinking of me as the stupid asshole trying to defend that mate who Cheated on me. I stared at Hailey. Her thoughts were not visible on her face.

“I don’t know what to say. I think your mind already knows the truth, but your heart is not ready to listen. That’s why listen to me carefully, Vince. Rachel never loved you. She just loved the fact that she will become Luna after mating with an Alpha, but unfortunately, she came to know that you won’t be crowned as an Alpha, so the first thing which came to her mind was to seduce your brother who is going to be an Alpha.”

I started at Hailey for a long moment. I couldn’t believe what I was hearing. It means all these five

years, she just pretended to love me because she thought that I will become Alpha someday. She Never loved me for me, even for a single second?

Bella Jersey
That hurts but Andrew got what he deserved. I loved how all the omega wanted him to help them and they still called him alpha

Bella Jersey
Yay for mom!! Rachel is in so much trouble 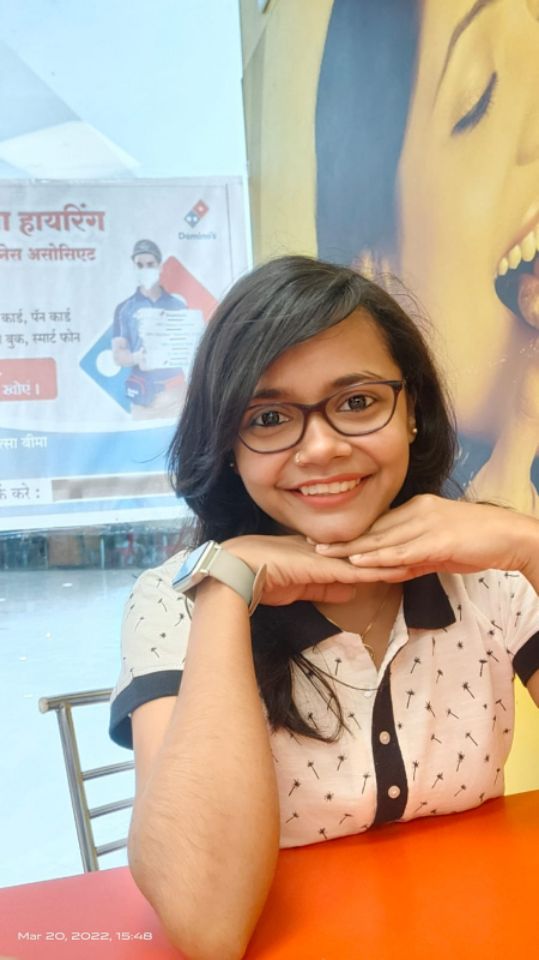 Prachi Singh
Thank you for your lovely review ❤

Jane Walker
Ouch! What a b*tch! Is it petty that I want his brother to fail big time? Make his dad look bad! I can’t wait to see his 2nd chance mate, I hope she’s kind, gorgeous and powerful! Karma’s coming! Amazing story, fresh take on wolf-less plot!