On days like today where the sun was high in the sky, made me realize how much dirt was truly in our little town. Dead patches of grass lingered in pitiful clumps, but the majority of the ground consisted of dry tightly packed dirt. Most of the houses in this town were ancient, standing on their last legs but somehow managing to scrape by. Wealthier families could afford to have their houses remodeled, pristine shingles lined the roof, and their front porches glistened invitingly. The center of town was normally bustling. Small families with screaming children meandered from store to store, finally stopping by our little gas station and continuing on their way. Connor and June’s regular friend group was absent from the streets, meaning they were either at Stella’s Diner or swimming in their luxurious pool.

Zack gripped Adley’s hand with a smile on his face, telling her all about the latest car book he had read. Zack absolutely adored cars, which meant he thought of Aiden as his big brother. Zack had begged and pleaded with Aiden to let him visit the shop and help work on the cars. Each time Aiden would tell him to wait until he was older, until he could be helpful instead of a hinderance.

“Rachel!” Zack called out, pulling me from my thoughts. “What do you think I’ll look like when I finally shift?”

“Well, my hair’s brown! So, my wolf will probably be brown too.” Zack shrugged.

“It doesn’t work that way.” Adley chuckled, looking down at Sean in amusement. “My hair’s blonde, but my wolf is silver.”

“Maybe some other time, bud.” I shook my head as we approached Gerald’s Antique shop.

The sign on Gerald’s was made of thick oak, the letters carved out by Gerald himself. Over time the rich color of the wood had faded and cracked, looking like the rest of this ancient town. Various antiques lined the large glass windows. An antique lamp with an ornate design on the brim, a wooden rocking horse in the same shape as Gerald’s store sign, and other various objects lined the windows. While I wanted to call them dusty antiques, they were anything but. When I worked at Gerald’s shop, he had me dusting antiques at least seven times a day. While these objects were old and in poor shape, they were not dusty.

The bell atop the door jingled as we walked inside. A small family roamed the store, their children touched what they could when Gerald wasn’t looking. Apart from being as old as the town itself, Gerald hated when people needlessly touched his antiques. More times than I could count, Gerald had chased tourists from his store for running their grubby hands all over his merchandise. Old windchimes hung from the ceiling in bunches, while old bits of furniture lined the room. I could never figure out how Gerald came about all of this stuff, and how his stock never seemed to dwindle.

Perched behind a chipped wooden counter, Gerald stood surveying the customers in his store. With hair the color of snow, and eyes the color of damp earth, Gerald was harmless at the best of times. A werewolf, like everyone else in this town, he had long ago stopped shifting. As you get older, the shifting process becomes harsher on your body. Even with his frail state, I knew Gerald wasn’t someone to mess with. The loaded shot gun perched under the counter was proof enough.

After nodding a polite ‘hello’ to Gerald, I led Zack over to the wobbly table of painted wolf carvings. One white wolf stood atop a mountain; head raised as it howled at an invisible moon. Another carving showed a brown wolf, hackles raised as it prepared to pounce at an unseen enemy. After reminding Zack not to touch, his eyes roamed each wolf with excitement.

“This one.” Zack grinned widely, “This is my wolf!”

Zack lifted the carving into his arms, his eyes bright as most children are. Zack picked a carving of a black wolf, standing on four legs as it peered at me. Its eyes were painted a bright shade of yellow, but faded over time. There was something unnerving about the way it stared straight ahead, eyes locked on me. Its eyes were soft, and I couldn’t escape the overwhelming feeling of loneliness that assaulted my brain. I peeled my eyes away from the somewhat depressing carving and led Zack over to the register.

“Get your money out.” I murmured, setting the carving on top of the register.

“Good to see you again, Rachel.” Gerald smiled, punching a few buttons in his ancient register. While most of our stores propelled into the future of debit cards and chip scanners, Gerald’s Antique Shop remained the same. “Cash Only”, a huge sign taped on to the register read.

“Nice to see you too, Gerald.” I smiled politely, forcing back the horrifically boring memories of my time working here.

Endless days and hours dusting old antiques, listening to Gerald’s stories about his youth. While some of the stories I enjoyed and found entertaining, most were boring and repetitive. Gerald had lived in this town his entire life, making his memories unexciting and somewhat bleak.

As Gerald rang Zack up, my eyes scanned the little bits of jewelry Gerald kept on the counter. Countless necklaces and bracelets lined the counter, but only one caught my eye. A thin silver chord with a gleaming crescent moon. The crescent moon was made from some kind of crystal, throwing shades of white and deep blue as the sun caught it. Gerald often had beautiful pieces of jewelry, but I had never seen this particular necklace here before.

“How much for this necklace?” I asked, pointing at the stunning piece of jewelry.

“Ah, beautiful ain’t it?” Gerald grinned, flashing his teeth before looking down at the necklace. “Just got it in last week. Pretty sure the crystal is man-made, but it’s sure nice to look at.”

“It’s beautiful.” I nodded, leaning down to grab Zack’s money from his hand. Gerald popped open the register and leaned down to hand Zack his change. Clutching the strange wolf carving to his chest, Zack grinned up at Adley.

“I’ll make you a deal, since you worked for me and all.” Gerald grumbled, lifting the necklace and placing it on a thin sheet of wrapping paper. “I haven’t had the time to properly price it, so I can’t tell ya an exact price. My knees have been acting up again lately, so take the necklace and if I need your help with anything, I’ll give you a call.”

While the whole conversation struck me as strange, Gerald had never been what I’d consider ‘normal’.

“That works for me.” I nodded, hoping he wouldn’t try and rope me into another summer job. I wasn’t sure I could spend another summer dusting old antique for seven dollars an hour.

“Here ya go.” Gerald smiled, placing the carefully wrapped necklace in my hands. I stuck the necklace in my back pocket and the three of us left the shop, stepping back into the blistering heat.

We walked back to my house, keeping my Mom company as she flitted around the kitchen. After an hour or so, Adley made her way back home. The sun began to dim in the sky, making the heat not as sweltering as it had been. After eating dinner, I retreated to the backyard to fight of the impending boredom that came with the end of yet another day.

I sat on the old swing set Dad had put together when I was nine. The bright yellow paint had long chipped and peeled off, and the swings creaked miserably. Somehow, the old thing was still standing strong. I pulled myself from the swing once the sun began to set and Dad called out from the back door.

“Come on in, Rachel! We’re locking up!” Dad called out, as he had many times before.

I trudged into the house and up to my bedroom, glaring at the staircase that creaked under my weight. My bedroom resembled much of the house, filled with random bits of furniture and color. Mom had painted my walls a light shade of purple, a color I had grown to hate after ten years. My bedframe had cracked long ago, so my mattress now sat on the floor. An old vanity sat in the corner of my room, crayon marks covering the sides. The bathroom was in similar condition, the tub stained from seventeen years of use. The water never seemed to get hot enough, but we never had the money to look further into it.

I slipped into the small shower, peeling off my sweat stained clothes. After washing the dirt and sweat from my body, I wrapped a towel around my waist and wiped away the fog that stained the mirror. My flaming hair was darker when wet, my mossy eyes bright and vibrant in comparison to the dull trees and shrubbery of our town. While Dad and Zack turned a brilliant shade of bronze under the bright sun, my porcelain complexion remained the same. As I ran my fingertips over my shoulders, I could feel a crude sunburn coming on.

As I scooped up my dirty shirt and shorts, I noticed the back pockets were empty. The necklace I had placed within them was gone. I toyed with the hole in my back pocket angrily, tossing the shorts into the trash can with a frustrated grunt.

‘Great.’ Rayna grumbled, ‘We promised Gerald a favor for that necklace. We’ll be dusting antiques for a month once he finds out we lost the necklace.’

’Then let’s not let him find out.′ I grunted, leaving the bathroom with one last glare directed at my torn shorts.

After getting ready for bed, I searched the kitchen, front yard, and back yard for the necklace. After coming up short, I couldn’t help but be a little bummed. The necklace really was beautiful, but what could I expect from shorts older than me? Rather than wander the town in the middle of the night, I plopped down on my lumpy mattress and glared up at the ceiling, thinking about places far away from my little town.

Lush forests full of gossamer canopies, with buttery sunlight streaming through. Deep salty oceans and glistening beaches, crystal lakes, streams and rivers. There was an entire world out there, one beyond this boring little town, and one day I would see it all. 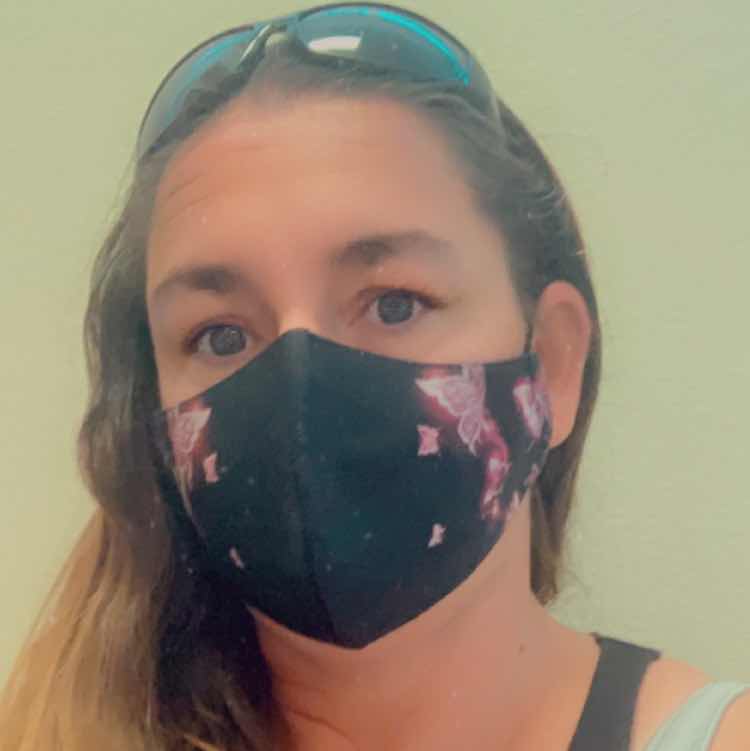 Rachel
There’s a few errors with Rachel’s younger brothers name. One minute it says Brayden, then it says his names Zack and another slip up says Sean.

Natalie B
is the brother's name Brayden like it was 1st written, Zack like it was mostly written, or Sean like it was in Gerald's shop??!
Eve
Interesting
Lorna
Keep it up

Lovely Pearl Lee Amorganda
I enjoy it. Getting excited with the next episodes