The scorching heat of the sun burned down upon the green fields, the sweltering haze clear to the naked eye. The grass was long, reaching high towards the blazing sun, as the soft yet scarce breeze danced across the meadows like a soothing rhythm. A rhythm that was a stark contrast to the agonising screams of a woman in childbirth. For there was a small hut in the middle of these fields where a woman lay on a wooden bed, her eyes were stinging with tears of pain.

"You are almost there," The elderly woman who was assisting with the labour, encouraged her soothingly, her eyes flitting to the sun in the sky.

"I must hurry before the eclipse…" The woman on the bed cried in pain, her light blond hair sticky with sweat.

"We cannot control the hands of time nor the cards of destiny, place your faith in God." The elder woman said, looking towards the handsome young man who stood in the corner. A rich navy cloak over his shoulders was the only thing giving away his wealth. But despite that, he held an aura of importance around him. His sharp grey eyes held pride as they gazed at the woman who lay on the bed before shifting his gaze to the elder woman.

"Catherina... How much longer?" He asked quietly.

"My king, there is no timer on these things, but I believe when the blood eclipse graces our lands, the princess will be born." Catherina replied gravely.

The younger woman looked at her defiantly, her red irises holding denial and refusal.

Catherina simply smiled gently. The fate of this child was preordained, but she said nothing, not wanting to overwhelm the woman any more than she already was.

The skies darkened as a red glow blanketed the lands; minutes had passed, but it felt like hours. The rare blood moon blocked out the light of the sun, and everything seemed to be still as if awaiting something special…

The king now held the woman's hand, kissing it gently as a scream tore through her body. Moments later, a blinding light emitted around the entire hut, as a soft cry filled the air.

"Congratulations, your majesty, it is a girl." Catherina announced, clipping the cord and wrapping the child in a woven blanket as she turned towards the king who was standing still.

A storm of emotions swirled inside him; relief, happiness, and the knowledge that the child which his love had given birth to was not ordinary. The woman on the bed closed her eyes, turning her face away from the child and man.

Tugging her hand free as the king reached for the child, he took the bundle carefully. Looking back at him were two eyes blazing red and gold – brighter than the sun. The king was forced to look away from their intensity.

Catherina left the room, giving the parents of the child privacy. After all, even they did not know how special this child was, and she could not tell them, for the time was not right.

"Do you not wish to hold her?" The king asked the woman cradling the child in his arm. She closed her eyes, sitting up, her back towards him.

"No. Take her and leave." She said quietly, her heart breaking into a thousand pieces. She knew no matter how hard she tried, once something was broken, it can never be whole again. The moment her child was determined to be female, she knew she had to let her go.

The young king looked at the back of the woman he loved with all his heart. Could they not flee? Live together as a family?

"Things do not need to be this way." He said quietly, looking down at the cooing baby in his arms, feeling his heart fill with warmth. How could you love something you had just laid eyes on?

"There is no other option." She replied coldly, her voice sounding icy.

If she had known his identity, to begin with, she would have avoided this. But it was too late.

"Do you… have a name for her?" He asked softly.

He knew the weight of their decision and the sacrifice they had to make for the safety of their child and the future of the kingdom.

"Layana." The woman said, as she gazed out the window.

Her trembling hands were clutching the bed tightly. Her pale blond hair looked almost white in the sunshine, the light of the sun was now slowly returning to normal. Her voice did not betray the pain in her eyes. Those red eyes spoke a thousand words, but she dared not turn to look into the eyes of her beloved.

She heard the sound of a door and turned to let out a strangled sob, her hand clamping over her mouth as she saw the room was now empty.

He had taken her and left. The pain overcame her as she began rocking her body as she cried tears of anguish.

The king closed his eyes, hearing the painful cries of a woman who had lost the man she loved and her child. Taking a deep breath, he strapped the child to himself and mounted his horse.

There was no other option…

The three mixed together, tainting the very air one needed to breathe. The taste of fear lingered in one’s mouth, while death and blood, illuminated by the setting sun, filled the horizon.

A young boy, barely 5 years of age, walked through the streets that he once called home. Where once the streets should have been lit by glowing lamps, and bustling crowds as they bent over merchandise from the variety of vendors. A place where men should have been gathered, drinking and joking, and women gossiping as they hurried home. The smell of fresh home-cooked meals should have filled the air. There was now nothing but dead bodies.

The bodies of those he called uncle, aunt, and friends littered the streets. Discarded like a child would discard a ragdoll. Each one was covered in nightmarish wounds, as they were cut down wherever they had been standing.

He saw a young girl who had been playing with her teapot and cups, was now bent over the small table, her head hanging on to her neck by a sliver of her skin.

An elderly man who used to sneak the young boy sweets sat in his rocking chair, staring ahead, eyes wide in horror. A large gash that was still leaking blood ran down his torso.

The little boy's lips trembled in fear. His father had told him to not come home today, commanding him to stay in a cave away from the clan territory, but it was getting dark, and he had been scared.

To the little boy, this was worse than a nightmare. No child should see this, suffer this or experience the horror that this little boy was. He broke into a run, his small mind telling him to find his parents. After all, he would be safe there. His father and brothers were strong.

He ran as fast as his little legs could carry him. Adrenaline fuelled him, his heart pounding, as the sound rang in his ears, too loud in this town, which had become as silent as a graveyard.

He had just made it to the large grey stone castle that he called home when he heard the sound of thundering hooves.

"Make sure none are left alive!" A man called

The little boy froze in fear. His dark grey eyes that held innocence stared up at the approaching horses that thundered to a stop as their riders pulled the reins. The neighing of the horses, loud in the air.

The boy's eyes widened in horror. Was this a punishment for disobeying his father's order?

In the confusion of his small mind, he stared at another body that lay on the ground not far from him. The arm had been cut off and a sword was stuck in the young boy's chest. A boy who was barely thirteen. The little boy's eyes welled with tears as he recognised the body of his brother.

As a soldier jumped from his horse, raising his knife, the boy screamed. His fear and horror were replaced with anguish and rage. His entire body was filled with an immense aura. The sky above them crackled with lightning, followed by the raging roar of thunder. Lightning struck the earth, creating large cracks, throwing the men from their horses.

The child didn’t move. His dark eyes were now crackling with a light as bright as the lightning that circled him, spreading from his entire body, striking the men down and killing them instantly. Silence fell, as the little boy fell to his knees, staring at the burnt bodies of his attackers. The grey cloaks bore the royal crest, a crest that sat high upon their castles and flags. A royal crest that House Storm had promised to serve.

Tears spilled down the boy's cheeks as he ran towards the castle. He did not stop until he saw the bodies of his parents and seven-year-old brother, covered in blood as they lay there dead.

"Mama?" He called, his voice shaking in fear. Though soft, it echoed in the large hall.

There was no answer. The little boy ran to his mother, tugging at her once pink dress, now soaked with her own blood and that of her husband and son.

"Mama no! I need you, mama! Don’t leave me, I’ll protect you." His small voice sobbed.

He closed his eyes and cuddled against his mother's body, lifting her heavy arm and draping it over himself as he heard shouting. His heart pounding in fear and sadness, he only wanted her warmth, her love, and her soft whispers telling him it was going to be ok. Even though something deep in his mind told him she was never going to wake up, he still clung to her tightly.

When the men came to do a final sweep of the rooms, none noticed the little boy who was alive. He clung to the body of his mother, never to feel her warmth or love again.

He did not notice when the men began to pour oil over the grounds. Only when the burning flames grew stronger, the heat and smell clouding his senses, did the boy realise what had happened. Fearing that his parents would get burned, he grabbed his mother’s legs, trying to drag her away from the fire. He stumbled, falling back and sobbed, but got up and tried again.

However, his efforts were futile as he flames were growing and spreading fast. He whimpered as he saw his brother’s body catch alight. The smell of burning flesh stung his nose, and the boy knew that he needed to leave. His father's final words echoed in his mind.

"Stay away from home tonight, Declan. And no matter what happens, survive. Survive and avenge us, and tell no one the truth of your powers."

The boy's fear-filled eyes now hardened with determination. Despite the tremble in his tiny hands, and the thumping of his heart, he raised his head and nodded. 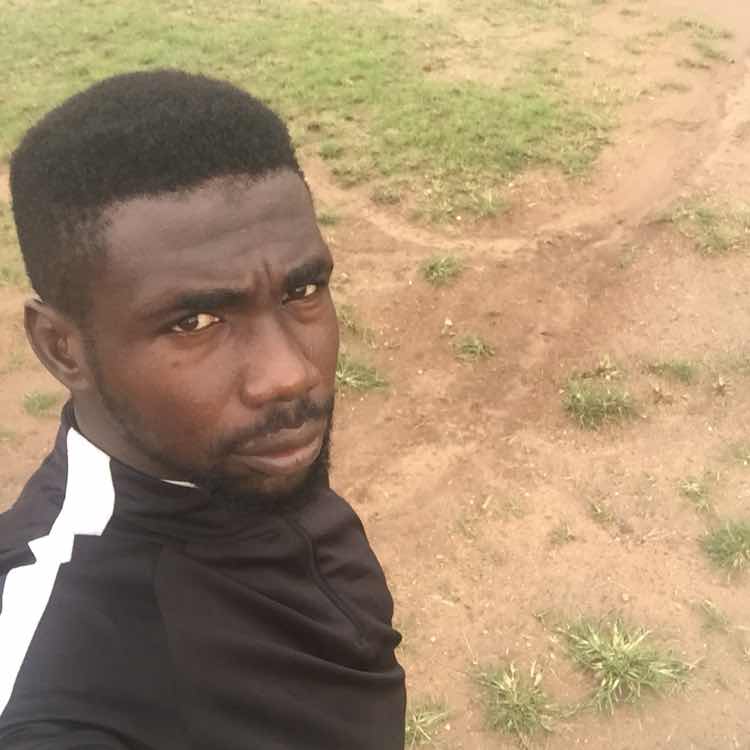 Francis M Torres
oh my goodness! This was so sad.
TigerLilyyy
My heart is breaking and it’s only chapter one.. This is an intense story, Muse.

Milagros Elith Muncada
so intense, I can't breathe while Reading
Sierra Cool
I’m so excited to be here I’ve spent so much money on this app and have yet to find a completed book. ...