The first thing that Lisa noticed was that Ruben's eyes turned a strange grey-green as he grabbed her hand. It was back to its normal self within a flash. She blinked, this was the second instance she noticed something strange with his eyes. Maybe it was a reflection of the neon lights? Maybe he had some medical condition which she was unaware of? She dismissed the thought.

The second thing she noticed was that an electric current seemed to pass from him into her, where he was holding her wrist. The spark shot up her spine and flowed out to her nipples and down to her very core. She'd never felt anything like it and stood transfixed, staring into his eyes. He moved first and, taking her by the hand, led her to the dance floor. She felt as if she were in a daze, watching through a fog as he effortlessly moved through the crowd to the middle of the floor. There he turned to face her and, with his hands at her waist, pulled her close to his body. She felt drawn to his heat as she moved closer to him.

Not knowing what else to do, she put her arms loosely around his neck and hung on as he swayed them to the music. Somewhere in the dimness of her brain, she randomly thought that it was good she had put on high heels because he was so tall. He pulled her even closer, and she could sense the stares and whispers from her classmates.

The look on Steve's face was priceless, but she didn't care. She was swept by the liquid heat flowing between her thighs. She instinctively pressed closer to him and laid her head on his chest. His arms tightened around her, and he lifted her slightly off her feet. “I hope that would be enough to make your 'friends' jealous?” He mumbled softly as he let her down.

Lisa's face turned white, how did he know what she was trying to do? She stole a glance at Steve, who was throwing daggers at her. Vickie and her chums had lost their smug look and looked just shocked.

“I have no idea what you are talking about,” she lied.

Ruben smirked,” I do believe you have an excellent idea, but we can discuss that later. You want more, or should we leave?”

“Can I use the restroom before we leave?” She asked.

He appraised her for a moment, then nodded. She rushed through the crowd towards the restrooms, she didn't need them, but she just wanted a few moments alone to regain her sanity.

Lisa shut the booth and sat down on the toilet seat, shuddering. She had never felt so overwhelmed before. Perhaps, it was the wine.

“She is so trashy, did you see her hanging like a leech?” A familiar voice said.

Lisa stiffened, it was Vickie and her gang.

“Who was that man she was hanging out with? He was handsome.” Allison asked.

“Yeah I was wondering that same thing,” her clone Shannon nodding in agreement.

“Who cares! Maybe some desperate sicko might have picked her up for 10 bucks!” Vickie replied and they all laughed.

Lisa has enough of it, and she walked out of the booth and proceeded towards the basin to wash her hand. The chattering stopped as the girls looked at her surprised.

“What is your problem?” Lisa had finally lost it, or maybe it was the alcohol talking. She approached Vickie and taking advantage of her 5" 8 frames stared into her eyes.

“ You slept with my boyfriend, how you dare to bitch about me?”

Vickie's eyes widened in anger, Lisa never answered back. She always took their jibes silently, for a second Vickie didn't know what to reply.

“Look, girl, just because Steve dumped you, you have no right to accuse me of stealing your boyfriend.” She smiled smugly,” ex-boyfriend. Why don't you go back to sucking off that sugar daddy of yours?”

Their third chum, Meghan who had been quiet until now suddenly spoke up,” Vickie I think we should leave her alone. It's not the right place….”

“Why? “ Vickie admonished her,” why should I leave this trailer trash? She just accused me of stealing her boyfriend, whereas she was the one whoring with her sugar daddy right after Steve dumped her.”

CRACK! The sound of a slap resonated in the giant room as Vickie held her cheek, surprised.

Lisa was shaking in rage, trying to calm herself, she had no right to react this way, and she knew it. She was going to face flak for it, but she has had enough of bullying.

“Bitch! How dare you slap me?” Vickie hissed in anger.

Lisa braced herself for the onslaught when the restroom door suddenly opened and Andrea walked in.

“Is there a problem?” She asked, casually folding her arms.

“Yes! This girl assaulted me, Vickie pointed her finger at Lisa. “There are witnesses.” The other girls nodded nervously.

“Well, we don't tolerate thing stuff here, so all of you except Lisa, please leave.” She pasted on a smile.

“Bitch.” Vickie glared at her.

“It's Andrea, and if you could please make your way to the exit it would be much appreciated, so I don't have to make a scene.”

“Who the fuck are you to tell me what the fuck I should do?” Vickie asked adamantly.

“Sweetie, I'm the owner of this fine establishment, and if you don't get your sleazy little ass out of here, I will call the cops inside to arrest you for assaulting my guest.”

Vickie's eyes widened with shock.” You have no idea who you are dealing with, I can get this place closed.....” “Get out! All of you.” Andrea said calmly, though her voice held such an authority that it was enough to shut up Vickie.“Oh, well--,” Vickie dashed for the exit, seething as she went.

“Are you alright?” Andrea asked Lisa as she came near her and patted her arm.

“Yeah, I am fine. Thank you.” Lisa replied nervously. It was a big relief when Andrea showed up.

“Who were those mean girls?”

“Cheerleaders from my school, they hate me for some reason,” Lisa mumbled.

“Humans!” Andrea huffed.” Well, they are not coming back here again.”

“I should not have hit her, they will make my life hell in school.” Lisa lamented.

“Hmm,” Andrea pondered. “I am sure things would get better, they won't bother you again.”

Andrea gave a mysterious smile,” you are in good hands now, don't worry. Come on, Ruben must be waiting for you.”

Lisa nodded and followed Andrea outside. She found Ruben waiting near the bar. She pasted a smile on her face and tapped on his arm.

“You look flustered, any problem?” He asked.

"Not really, it's all taken care of,” she smiled brightly,” oh that's my favourite song!” she squealed as Ariana Grande's voice rang in the club.

“It would be a shame to not dance to your favourite song ?” He offered her his hand.

“I think I can have another dance. I owe you one.” She grinned.

He held her hand and led her to the floor again. Fortunately, her school gang was already driven away, so she could relax and feel his presence around her.

He pulled her close and Lisa flexed her hips forward and put her head on his chest. They waved to the music, and a little while later she raised her head from his chest. At the same time, his head swooped down to hers, and he caught her mouth in a scorching kiss. His lips were gentle against hers at first, but when she parted her lips to draw a breath, he took full advantage. His tongue snaked into her mouth and danced against hers, coaxing her out to play. Lisa lifted her tongue to his, and he exacerbated the kiss, alternately fondling and sucking her tongue, driving her insane with the sensations. She rotated her hips against his, and he growled low in his throat.

Suddenly, he broke the kiss and looked at her. Grabbing her hand once again. He moved with a sense of purpose through the crowd, not once stopping or turning around to face her. Instead of stopping in their booth, he crossed the VIP section.

Because he was pulling her along with such urgency, she barely had time to register where she was going. He continued to pull her down a narrow hallway to a security door. He quickly punched in a code, opened the door and pulled her inside. As soon as the door closed, he was kissing her again and carrying her to a chaise.
Comments (2)

Bella Jersey
Okay come on Lisa snap out of it 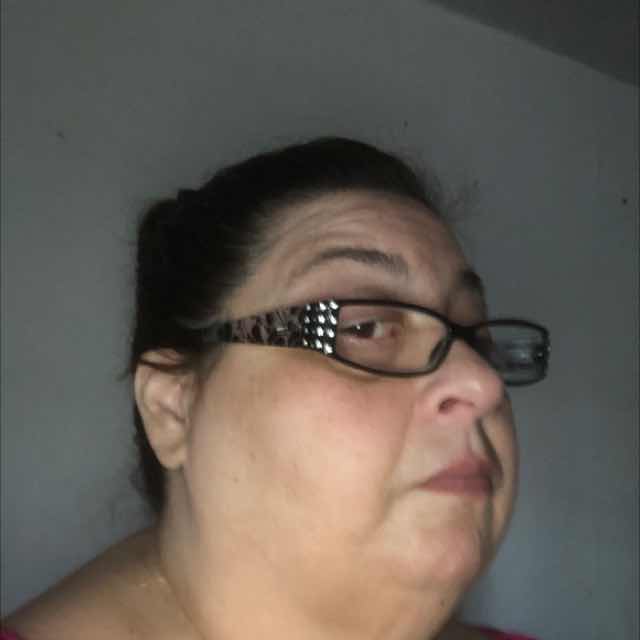