The seduction of Lisa

"Mine!" growled his wolf. "Mate. Now!'" His wolf wanted to grab her and plunge into her body right away. "She's human," he reminded his wolf, "and they're awfully frail." So, he struggled to control his inner beast. Besides, he didn't want her to be afraid of him. He tried to take shallow breaths to calm his raging need. He inhaled her intoxicating smell, which went straight to his groin. Unbelievably, his cock got bigger and harder than it had ever been before.

Lisa was pinned against the door while Ruben took her lips again in a mind-numbing kiss and felt his hand at the back of her dress, caressing her through the fabric. Before she realized his intent, he pulled her zipper down and peeled the dress down her breasts. Lisa stilled, coming to her senses. She pulled her head back, breaking the kiss, and was about to tell him to stop when he held one breast in his hand and closed his lips around the bud. Her intended protest died before she could find her voice. The feeling of him licking and sucking her nipple, drawing her into his hot mouth, stole her sanity as nothing ever had before. He lifted himself away from her so he could play with her other plump breast as he continued to suckle her. While his mouth worked its magic on one breast, his fingers pinched and rolled the other nipple. Then he switched breasts, laving and sucking one as he manipulated and toyed with the other.

Lisa couldn't help moaning, conveying her pleasure as each pull of his mouth on her nipples seemed to shoot directly to her core, soaking her more and more. Somewhere deep inside her mind, she knew she should stop him but every touch was snatching her will. She felt him pick her up and carry her to a big chaise or bed whatever it was. He gently laid her down. He shrugged off his jacket, while still suckling one breast. Throwing it aside he slide her dress down her body and continued pulling it down until he had completely removed it, pulling her heels off with it.

He stared appreciatively at her luscious body for a moment and then moved back up her body to pull her black lace panties down. Lisa gasped and immediately moved to grab her panties, but he gently brushed her hands aside and planted soft, teasing kisses on her belly. As he pulled her panties down he saw the evidence of her arousal and deeply inhaled her aroma.

Hooking his hands behind her knees, he lifted her legs and lowered his face between her thighs. He teased her inner thighs with little licks and nips before parting her lips with his fingers. After breathing in her scent once more, he treated her to one long lick of her slit. Lisa yelped, her hips bucked at the contact and almost toppled him from the chaise. From that point, she was lost. He licked her again, swirling his tongue over her clit.Then he began to mercilessly assault her clit, licking and sucking her lips, until she thought she could take no more. Teasing her with long licks and rapidly vibrating the tip of his tongue against her clit. She felt an incredible pressure building in her body, radiating from her core. She took shallow breaths as she felt the heat flow from her belly, up her chest, all the way to the top of her head. She held her breath as the pressure increased until her body exploded on a tidal wave of pleasure so intense she screamed.

She slowly drifted back down from the clouds, dimly aware of him standing up and taking off his shirt. He unbuckled his belt and let his pants drop to the floor. He was all muscles with zero ounces of fat. Her eyes were almost completely closed as she felt herself floating. She regained her senses a little when he lifted her in his strong arms and carried her to a bed. She hadn't realized they were in a furnished room. He laid her in the middle of the bed and came down beside her.

He gently nuzzled her neck and caressed her thighs. Her arms wound around his neck and her thighs went slack in an invitation.

"Are you talking about a hickey?" she asked puzzled.

He lifted his head from her neck and responded in an amused voice, "Yes, sweetheart, a hickey, but deeper one. This one won't fade and will warn everyone to whom you belong." In her ear, he breathed, "and you, my dear, belong to me."

He did not give her a chance to ask more questions but proceeded to purposefully muddle her senses with his caresses. He moved between her legs, still nuzzling her neck, and bent her knees. She felt something hot and hard probing her. Before she could say anything, he pushed forward into her entrance.

"Damn you feel so good. You're so tight," he said against her lips.

"We shouldn't be doing this," she hesitatingly tried to reason out, "we barely know each other...." but all coherent thought flew out of her mind as he pushed forward more forcefully, barely noticing the barrier he'd just torn through. Lisa froze, she couldn't move, couldn't breathe, couldn't speak. She felt like she was impaled by an enormous stake. He was so hard and big inside her, stretching her already tender and swollen core.

She closed her eyes, it's wasnt painful. She just felt too full. She squirmed her hips to alleviate the discomfort. Her expression confirmed what he had begun to suspect. He immediately looked apologetic and dropped his forehead to hers.

"I'm so sorry," he said softly. "I didn't realize you were a virgin." He flexed his hips a little then slowly pulled out of her body.  Lisa didn't realize she'd been holding her breath, which let it out with a whoosh.

His muscles bunched up with tension from holding back. He entered again, this time very gently and rocked himself side to side and rotated his hips. Lisa continuously moaned as the pain slowly morphed into tingling pleasure. Ruben rained nips and kisses on her face, neck and ears.

The pleasure flooding her body was unbelievable. Every time he bottomed out and nudged her cervix, electric pulses of sheer delight coursed through her. He wrapped his arms around her and grabbed her shoulders as he proceeded to hammer her.

Lisa felt the pressure begin to build in her loins and tried to brace herself for the explosion.  The feeling was pure bliss and they both moaned their pleasure. He set a slow pace leisurely thrusting in and out of her revelling in the tight, hot wetness. She instinctively wrapped her arms and legs around him, loving the sweet friction of him as he rocked inside her. She had a flush creeping up her body. His thrusts became wilder and harder and he drove into her to the hilt. For another brief instant, Lisa thought she saw his eyes change colour again as he looked down upon her in her moment of release. She screamed loud as her explosive climax continued.

Ruben immediately pulled out, turned her on her knees, and thrust back in from behind. He covered her frail frame with his and held her steady as he feverishly drove in and out of her convulsing sheath. Her orgasm seemed unending. Just as she was coming down, she felt his mouth latch on the juncture of her neck and shoulder. He bit down hard, there was a sharp tearing pain that was immediately replaced by the most exquisite pleasure spreading from her neck down to her extremities. She screamed as the intensity of the sensation surged and threw her into the most violent orgasm. She vaguely heard a howl as she felt his seed strongly jet inside her. The additional stimulus propelled her into another violent orgasm. She slumped in his arms as she lost consciousness.

Ruben licked his mark on her neck, the blood flow stopped leaving a red scar. His whole body was still tingling with the afterglow. He laid them on their sides to make her more comfortable.

"Our Mate!" his wolf declared with satisfaction, as Ruben slowly realised what had just happened. He wasnt planning to mark her just yet. She was too young, too inexperienced to be a Luna. But his feral side had taken over and he had lost control. She was bonded to him now, whether she liked it or not she belonged to him. That feeling was oddly satisfying.

"Yes, our Mate," he agreed and smiled with contentment. 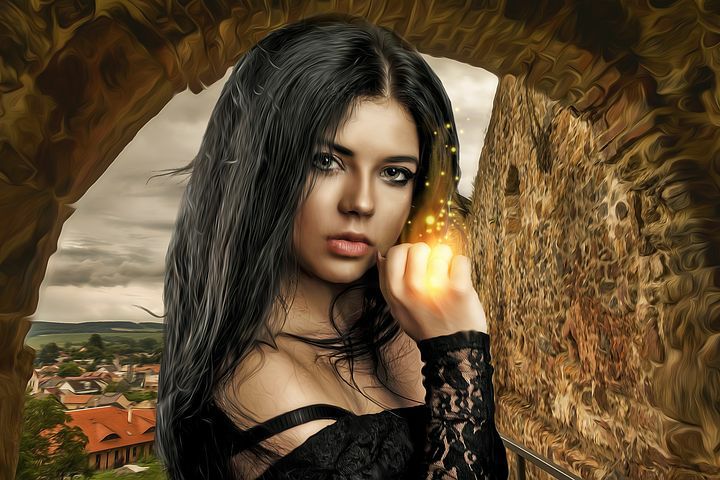 This chapter has 18+ content. Hence trigger warning for anyone who feel uncomfortable. 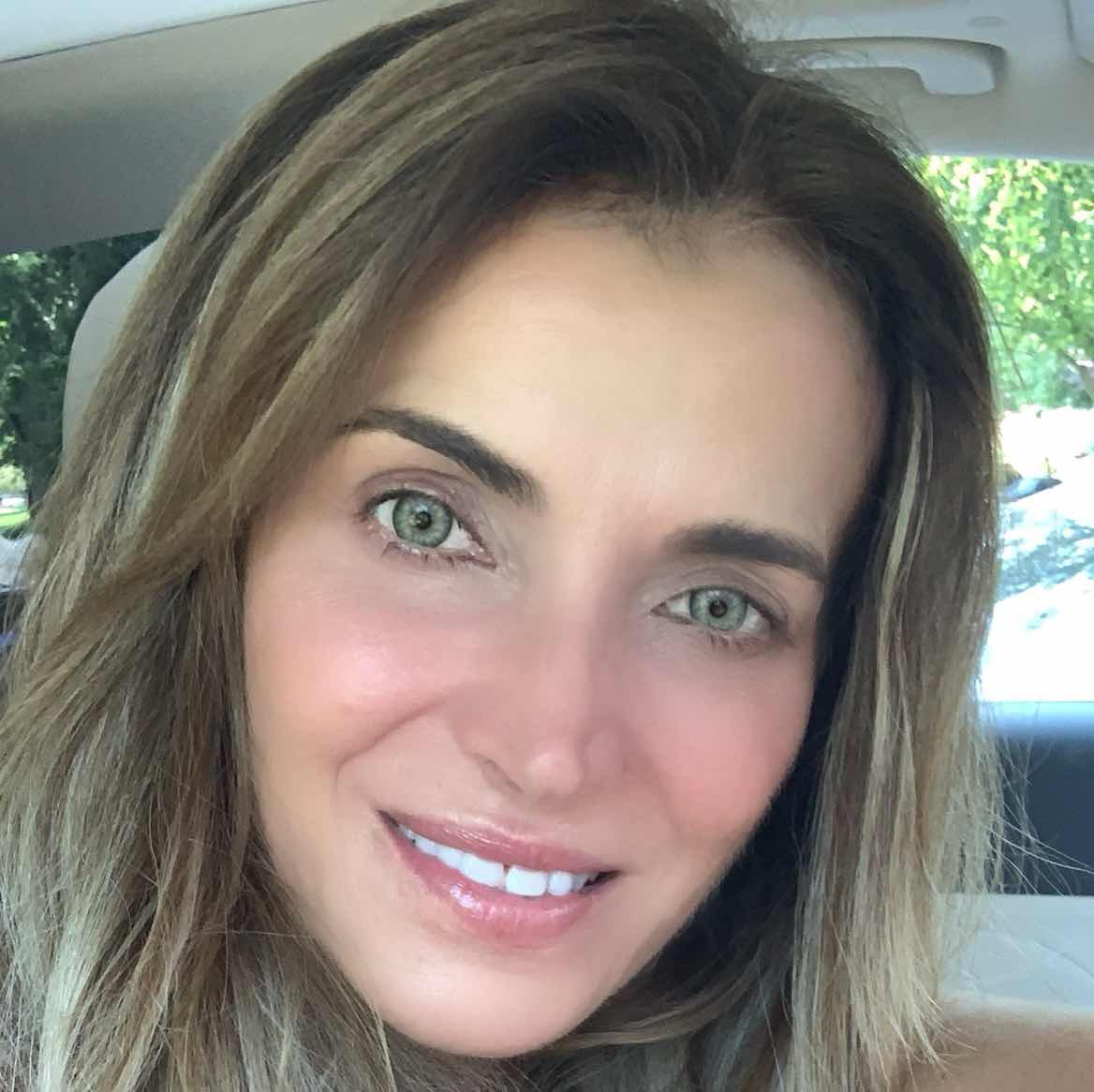 Mariana
What an asshole! He just seduces her into sleeping with her on the first night that even finding out if she wants to or if she is a virgin or not! What the heck! How can he take advantage of his mate that way? 

Bella Jersey
No don’t like that
VIEW ALL COMMENTS