(When the demon comes knocking )

Head turning and my temperature rising ,I could feel the heat in my body

indeed this was hell!!!

"Welcome my child......! "I heard from a distance but the voice felt like torment to me

"Am not ur child!!! "I replied weakly but the laughter heard was horrifying

"Your soul is mine!!!!! "The voice yelled echoing through my ears

Shit!!! what sort of crazy dream was that???

I felt something crawling over my hand and I quickly yelled shaking it off....only then did I realized where I was....

It was in a woods

This aren't real right?? This must be another dream??!

But still, I stood right in that spot

"Hello!!! "I yelled and my voice echoed throughout the woods

"Anyone there??? "I asked but yet silence respond to me

I mean..... why all these?? I can't even remember what am doing here in the woods

Will I die in this woods??? I have seen a lot of situations like this on television yet it doesn't ever goes well for the person involved

"Dad! "I stood up quickly

"Carmella! "I heard his voice again echoing through the woods

"Dad!!!! "This time I yelled louder in excitement

"Sunshine where are you?? "I also heard my mum's sad voice

"Mum! "I yelled in excitement as I quickly ran towards the direction I heard their voices....

I kept running not minding my environment....

But suddenly I noticed, as I drew closer to their voices, their voice kept sounding distance

"Mum dad, where are you? "I yelled asking

"You are almost close to us sunshine keep moving! "Mum replied and I smiled and kept running

Suddenly I came in contact with a very deep tunnel

"Mum dad?? "I called but no one replied me

They said I was almost close to them!

"My child!!! "She said in a crocky loud voice

"Relax it is just me! "The voice replied and I slowly opened my eyes

"You??!!!! "I said moving backwards forcefully

She smirked and shook her head

"Hello again Carmella! "She said as my whole body shook in fear

"Who are you!?? What do you want?? Why are you after me?? what is this place? why do I keep seeing and hearing things? "I asked all in one voice but she just shook her head with a smile on her lips

"Tsk tsk.... too much questions... not good for ur little brain... but I like you though, you are sensitive and curious but as they said curiosity killed the cat! "She said and smiled coyly

"But since I like you, I will allow you ask ur questions one after the other....! "She said adjusting her seating position

"Common, ask quickly, we don't have all the time in the world! "She said shrugging

"No I mean who are you really?? "I asked but she smiled

"Next question darling! " I knew she wouldn't answer that question so I moved on

"Why do I keep seeing and hearing strange things? "

"Strange things like demons and nuns? "She asked and I nodded

She just smiled but shook her head

"Next question! "She said snapping her fingers making me frown

"Okay! Am fed up! what's with you huh, you keep ignoring my question yet you were the one who asssured me to ask! ".

"Yes but I never said I would reply! "She said and I frown

"Think carefully dear, this is ur finally question... use this chance wisely! " She interrupted me stretching my limbs out

I stared at her for a while before signing deeply

"Who am I??? "I asked and suddenly a huge smile appeared on her face

"Now now, this is the question I have been waiting for..... you are smart! "She complemented but I just gave a weak smile in response

"You are not who you think you are Carmella,there are so many things you don't know but you can't even if you tired, You are the chosen one! "She said and I frown

"Chosen one?? "I asked and she smiled

"To hunt demons! "She replied causally and I almost choked on that spot

Was this some kind of Hollywood season movie???

"Is this some kind of movie series? am I been watched by a hidden camera??? or let me guess, this is the carbianmarrow effect ??"I asked and she frown

"This is not some dumb magic show Carmella, you posses the mark of the acient huntress.... you are the last descendant of the huntress! "She said making me chuckle

"Am sorry.... I never meant to laugh but you are funny though, seriously? huntress? Hello, I am Carmella from Amityville, I just came here by chance, am sorry but you got the wrong person"I said firmly as she thought for a while

"Show me ur wrist! "She said again and surprisingly her voice was so calm that it gave me the creeps

"What for?"I asked but she just took her hand and pulled out my wrist

There was a symbol of axe on my wrist

I was so shocked

"This is the symbol of the huntress.... !"She said smiling happily

"No.... this can't be.... am dreaming, I have to be dreaming! "I said freaking out examining my wrist

"Calm down Carmella and let me tell you a story! "She said pulling me down to seat

"Ages ago.... when demons, fairies, giants, werewolves, vampires,mermaid and every other creatures lived together in peace

There were in unity just as God as created them.... though there were some differences.... Things happened and suddenly this unity was disrupted when the Fairy Queen was forcefully raped by the werewolf king.... this led to major disturbance of peace The fairies attacked viciously to avenge their queen and the werewolves retaliated....soon other clans joined in the fight The vampires and mermaids joined the fairies while the demons and giants joined the werewolves In the midst of these chaos, the Fairy Queen that was violated put to birth a baby girl Despite been weak from giving birth, she flew.... flew up to the sky and knelt down in front of the almighty and pleaded for a chance for the baby to live and avenge her.... for the fairy had discovered that the demon king was the one who manipulate the werewolf king to abuse her just because she refused his advances And when she was asked what she wanted the child to become, she placed a seal on the child

The child was beautiful....

She possessed the beautiful of her mother and the strength of her fatherPlacing her hand on her tiny wrist, she proclaimed

"You my dear, shall be from now on a huntress.... you shall hunt the demons all ur life and until.... the last demon on earth is demolished, then you will be given the normal life of the Humans! "She said and sealed it with a kiss on her forehead

A tiny axe appeared on the baby's wrist and immediately the fairy queen change to dust.....

"And that is the story of how the huntress began! "She said and smiled

"No Carmella the story wasn't a made up story!, this is real and you my dear are the last of the huntress! "

"I don't understand, what happened to the first huntress? "

"She was killed by the demon king! "She said and shrugged

"But only one succeeded in killing the demon king but ended up getting killed by her own daughter! "She said and I gasp in shock

"Crazy right? "She asked and I nodded but she just smiled

"That is messed up.... why would she do that? "I asked and she shrugged

"Why didn't you ask her when you saw her? "She asked making me frown

"Ask her??? I have seen her before?? "I asked and she smiled

"The woman in the nun outfit....! "She replied causally and my brain went dumb

The demon in the number outfit ???"

"But you are! "She said dropping another bomb

"Because the last huntress was killed by her daughter, ur mother over selfish reasons, the curse fell on her by the almighty that she will bring forth her own doom from her womb! "

"So I am that curse??? "I asked weakly and she nodded making me loose all my strength

"Carmella! "She called and I turned to her

"Do you know the meaning of Hangur? "She asked and I shook my head

"It's better you don't know.... never ever ask because the day you do.... then that day is ur doom! "She said and stood up walking away

She stopped but didn't turn back

"Me??? I am nobody.... just a lost soul wandering on earth..... welcome to hangur huntress, we're demons rein mighty, ur journey just began! "She said and walk away without looking back 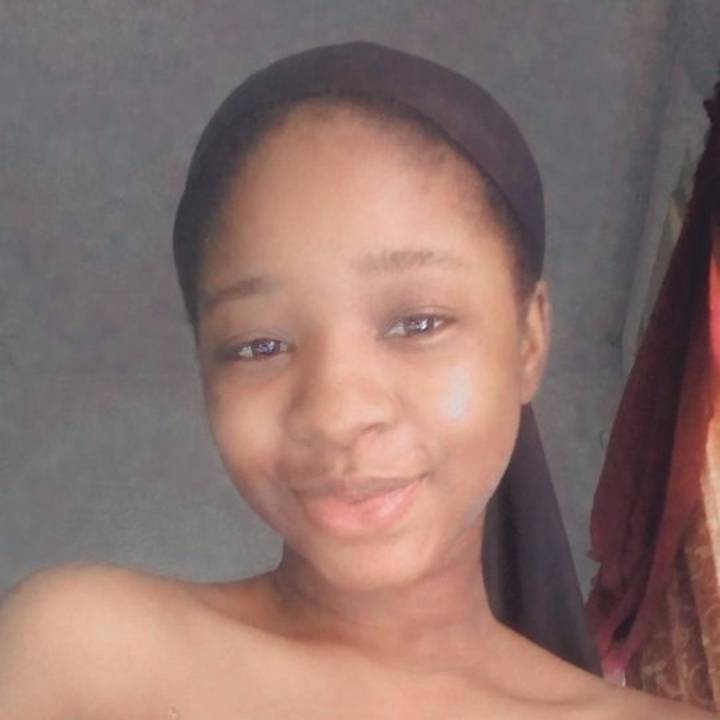 Hello everyone I hope you are enjoying the story so far?? There are alot of mysteries to be revealed and secrets to be uncovered..... just stick around and please drop ur review and rate this story, thank you all