I feel empty inside. I am completely broken. There is nothing left of me anymore. I knew I wouldn't come out of this alive. I know the punishment of trying to hurt a fellow pack mate. No one believed me before, then why would they believe me now?

I won’t try to prove myself innocent anymore. There is nothing for me to live for. However, there is one thing that I know I want to do before I leave this world, and that was to prove I wasn’t lying about Jake being my mate. My thoughts were interrupted when I heard Mia whimper in my head.

‘I am sorry, Mia,’ I whispered. ‘I know you don’t deserve this, but you are stuck with a useless human like me. I hope the Goddess gives you a second life, and you get a partner you deserve.’ I continued. I was heartbroken because I couldn’t save her, no matter how much I tried. She was suffering with me, and will probably die with me too.

‘None of this is your fault, Miracle,’ she replied in a low whisper. ‘Don’t blame yourself for things you can’t control.’ She added.

‘I am just upset that our mate wasn’t able to recognize us. He is an Alpha, and he still couldn’t see through Malia’s lie.’ She continued. I knew it hurt her, but her words expressed she was extremely angry, too.

‘I know. He let the pack warriors drag us here to the dungeon, and even let them beat us,’ I said, sighing as I recalled how brutally the warriors had beaten me a while ago.

‘Rest up Mia, we have a long day ahead of us.’ I said, closing my eyes to get away from this mess of a life.

I don’t know how long it has been, but I woke up to the sound of the lock being opened. I blinked my eyes to see the pack warriors coming in. I immediately felt scared. I wondered if they were here to hurt me again. I don’t think my body could handle any more beatings.

“I would have loved to have some fun with this bitch, but the Alpha ordered against it.” One of the pack warriors said, laughing at my horrified expression.

“Come on bitch, it’s time for your judgement,” another said as he dragged me up by my hair. I couldn’t stop the scream that left my lips at the pain I felt.

“Shut the fuck up, you bitch,” he screamed as he let go of my hair before holding my arm in a painful grip.

I winced at the pressure he was applying; I am sure he will break it if he puts more pressure. He ignored my pleas as he dragged me out of the dungeon towards the back garden. I felt a shiver run down my spine when I saw the entire pack gathered there along with a few guest Alphas.

Were they really going to humiliate me like this? Am I really that bad? Why are they treating me like I am some rogue criminal?

My eyes roamed around the backyard. They stopped at Malia, holding on to Alpha Jake for dear life. I felt a flicker of jealousy in my chest, but I pushed it down. I recalled my mate’s words. He didn’t want me, and I would not forgive him for blindly trusting Malia the way he did.

I averted my eyes from them, and they landed on my parents. They sat quietly with blank faces. The moment our eyes met, I knew it. They knew I was innocent, and they were still not trying to protect me. I wondered if I was even their own daughter. I remember they loved before Malia started scarring me, but maybe that was all a show and this was how they really felt about me?

They dragged me to where our Alpha stood on the makeshift stage. His son and Malia stood beside him. He looked at me with an icy glare that sent shivers down my spine, but I would not show them my fear. The Alpha looked at his son and nodded as if secretly asking him to start.

“Dear pack members, I am grateful to have all of you present here on such short notice.” He said. His loud voice echoed through the backyard.

“This girl, Miracle, our Beta’s younger daughter, has committed a crime.” He glanced at me as he said that, “She tried to play with the mate bond created by our Moon Goddess, and when she didn’t have it her way, she tried to kill my mate with the silver dagger here.” He accused me, pointing towards the warrior beside me who showed him the dragger.

“How do you know it was her?” I heard a voice. I looked up to see a man who stood beside a visiting Alpha. I could see the irritation in Jake’s eyes at being interrupted.

“I felt my mate’s pain when she was attacked by her. When we reached there, she had the silver dagger in her hands while she tried to attack my mate again.” He replied. His words made me scoff, but then something registered in my mind. He said he felt pain, but it wasn’t from Malia’s wound because he couldn’t have reached there so quickly.

“We all know the rules, use of silver is prohibited in our world. She wasn’t even supposed to keep a silver dagger with her. We have always believed in living peacefully with each other, but she has broken that rule as well. She has attempted to kill her sister who happens to be my mate and Luna.” He said. The backyard burst into whispers from his words.

“Banish her,” a pack member screamed through the crowd.

“Keep her chained in the dungeon with silver,” another said, and soon everyone was shouting with what seemed to be a fitting punishment for me.

“Silence!” The Alpha screamed, and the crowd went quiet.

“Only my son may decide a fitting punishment for this thing here,” he announced, looking at me as if I was trash, but then for them I was worse than trash.

“Jake, please tell us what the punishment will be for your prisoner,” he said, turning to look at his son.

“There is no other punishment good enough for this woman. We have always followed the laws in our pack, and according to the werewolf law, she is sentenced to death for illegally using silver and attacking her sister.” He announced. The pack burst into loud cheers as though it were a joyful event.

“I accept the punishment, Alpha Jake, but I have something to say.” I said, staring into his eyes with confidence. I didn’t give him a chance to react and snatched the silver dagger from the warrior beside me. Everyone was surprised. I guess no one thought the weak little girl could do it.

I smiled at Malia’s horrified expression. I knew she would think I would try to attack her, but guess what? I am not stupid enough. Instead, I stabbed the silver dagger in the wound that Malia had given me earlier.

I screamed out in pain, but I wasn’t the only one screaming. Jake was screaming with me too. I looked at Malia’s pale face with a cold smile. I know she never expected me to do this, either. I could hear the loud gasp coming from my parents, but I don’t care about them anymore.

“Make it stop!” Jake gasped out, and someone removed the dagger from my arm, making us scream more. It fucking hurt, but I was happy to be the one to give him that pain. I bet it is nothing compared to the pain in my heart.

“Alpha Jake, I think that is enough proof for you to know I am your mate. If you don’t trust me, please scratch your beloved Luna and see if you feel anything.” I said. My voice sounded weak, and I wished it didn’t. I wanted to stop the tears from flowing through my eyes, but I had no control over them.

“Hold her,” Jake’s father, our Alpha, ordered, and a few warriors immediately captured Malia. He pulled out his claws, scratching her arm. Malia was screaming her guts out, but Jake was unaffected. Jake’s eyes widened at the realization. A cunning woman tricked him, and he let himself get duped.

He turned to look at me. His eyes held regret, but it wasn’t of any use. I know he wouldn’t accept me because I was weak. I am, and it is not my fault because I was scarred with silver even before my wolf was awake, and the one to do that was my sister.

I knew I was being way too bold. I could hear the surprised gasps of the pack members from behind while our Alpha glared at me. I didn’t care about any consequences. I was going to end up dying, anyway.

“I, Miracle Payne, reject you, Alpha Jake Stone, as my mate and Alpha. I reject your pack, and the role of their Luna,” I finished my words of rejection. 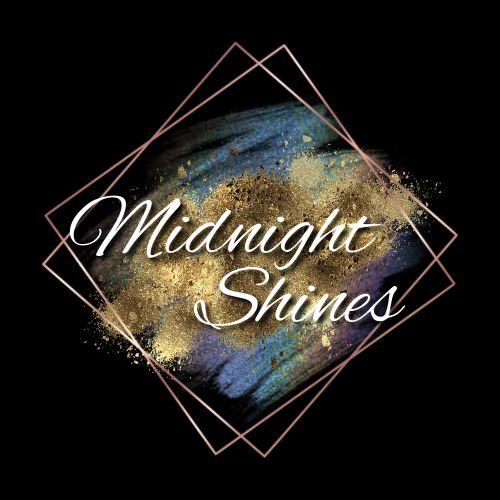 Dear Readers, I hope you enjoy this update. Please let me know your thoughts by leaving a review. Show your support by giving this book gems. Lots of love! Midnight Shines