Since English is not my first language, there will be tons of grammatical mistakes. Please continue reading this book only if you don't have any issues with that. Rest I can guarantee you that you won't get bored with the storyline.

The following are my books; if interested, do give a look over them:

Purchased by the Mafia (Book 2)-Completed

Loving you is a Losing game: Upcoming

My Bride is not a human (Book 2)-Completed

1) Chosen By An Alpha: Completed

2) Purchased A Werewolf: On Hold

*All the characters and the incidences in the story are created by me. In case it matched even a little with someone else, then it's just a mere coincidence.

*If you find this book anywhere under a different pen name, then please let me know!

*I didn't mean to hurt anyone's intention and religion. So, if you find anything offensive, then forgive me in advance.

“Hello,” I picked up the call, still yawning. I checked the time, and the clock had just hit 11 in the morning.

Who dared to spoil my beauty sleep on Sunday. I just hope he or she has some valid reason for doing so.

“Eva!! Come to the packhouse as soon as possible. I have sent one of our drivers to pick you up from your address.”, My stepmother's voice boomed from the other side of the phone. I abruptly jumped from the bed, hearing her tensed voice.

“Is Mr. William alright?” I asked, thinking about the worst-case scenario because she had called me for the first time in my entire life. I know I was angry with my father for leaving my mother for another she-wolf, but that didn’t mean I didn’t care about him. I stopped

‘Yeah! You read it right! I don’t acknowledge my father as ‘DAD’ but by his last name. I stopped calling him ‘DAD’ from the day my mother died.’

“He is but not for long. So, better hurry up!” with those words, the call ended from the other side. I quickly started packing a few of my clothes and ran toward the washroom to freshen up.

‘Moon Goddess! Please keep him and everyone safe.’, I prayed silently.

Coming back to the pack where I was born after 17 years was really a nice feeling.

Pack…the word sounds so foreign to me, especially when there was no one there who liked a weak human. But I stopped feeling sad a long ago because I learned to be satisfied with my life. I’m a Martial Art trainer, and I am no longer dependent on Mr. William.

Coming back to reality, I took a look around; I could see that not many things had changed in these years. Still, I could see disgust and hatred in a few people’s eyes. I enter Mr. William’s house, a place where I have some of my memories with my mother. My relationship with Mr. William, his mate, and their daughter is far from good.

My stepmother and half-sister hate me from the bottom of their heart, and Mr. Williams calls me once a week to know about my well-being. It's a different thing that I disconnect his call whenever my phone rings to hint to him that I am still alive.

The closer I was walking toward the hall, the louder I could hear the voice of a Man.

I wondered what could be the reason behind it?

“...Such big deceit! From the beginning, I can see that your stupid daughter was not happy with the idea of marrying me, but I thought that she was taking her time to adjust to the sudden change in her life. My family and I trusted you, and look what result we got! Do you think my and my family's reputation is a joke to you? Do you have any idea that our reputation is going to be shattered after this incident? Everyone will laugh at me by saying that I went to get with an Alpha daughter but got married to a weak human instead.”, He roared.

“...Who also happens to be an alpha’s daughter.”, My stepmother said.

I gasped after acknowledging this piece of information.

Now, I realize why I was called on such short notice. I shook my head, thinking of all the ways to run away from here, that too ASAP.

“And she is already here.”, She added. Oh No! They might have sensed my presence. I tried to walk backward and felt my body getting hit by something hard.

‘When did the wall come to this place?’ I thought and looked behind me, only to find four guards standing there, folding their arms against their chests.

I gulped my saliva nervously, knowing that now I could only walk toward the living room.

The moment I stepped in, my eyes landed on a young man. No, not just handsome but deadly handsome. With his 6’ feet height, broad shoulders, well-muscled chest, flat stomach, and long legs, he definitely has got a body to charm any girl and woman. His well-sculpted face, strong jawline, sharp nose, and silky black hair were enough to make anyone drool over him, but what struck me the most were his brown eyes which were getting changed every moment. He looked at me, and his eyes showed surprise.

We would have continued with our staring session for god knows how long, but we were distracted by Mr. William’s voice.

“Eva, this is Alpha Daniel Grint of Stone Moon Pack and Alpha Daniel; she is my elder daughter, Evangeline.”

I was now able to compose myself. He also came out of his thoughts. When he heard my introduction, he looked shocked.

‘Everyone finds it shocking when they come to know that being an Alpha’s daughter, I am still a human.’

No one said anything. Why would they? Isn’t this the plan they had made for me?

I was not able to say anything for a while. I was still comprehending his sentence and the earlier conversation.

Why did Aleena run away from her own wedding?

She was getting married to her mate, right?

Now, she is not here. I was chosen as her substitute. No way!

I am not going to marry this Alpha or any. Instead, I want to fall in love with a human and stay away from these dogs who have no respect for humans. No doubt, he is marrying me for his benefit. Otherwise, who would want to marry a human just like that. He met me just now. He didn’t know my name until a few minutes ago.

Oh, yeah! He didn’t want to marry me just like that but because to save his and his family's reputation.

How could he think something as ridiculous as this? Aleena is his mate, not me.

Then how come he could think of marrying someone else who is not his mate?

In between all this, he not even once asked my opinion, just like my so-called family! Why would he even ask? After all, he wants to marry me only for the sake of his reputation, but I’m not going to listen to anyone. This is my life, and no one can take this decision of mine without my consent. I’m not a weak and dependent woman.

I agree he had looked to die for, but for me, I could see my future crystal clear.

He would throw me out of his life once his mate would be back.

“But I don’t want to marry you.” I finally found my voice after thinking about all the things in my mind. “And I am leaving because there is NO marriage here.”, I added firmly.

Daniel looked at me. To say he was shocked was an understatement. What did he expect? Does only an Alpha have the right to reject a human? Sorry but no, sorry, I’m not someone who is dying to marry an Alpha. I am not one of those girls who want to be Luna and will grab the opportunity of marrying an Alpha. I am the queen of my kingdom, the kingdom which I made for myself. I handle my things on my own; I don’t want an Alpha for that.

I’m no damsel in distress.

“Are you refusing to marry me?”, His tone was unsteady.

His eyes showed hurt. Maybe his ego was hurt that a weak human was rejecting him.

Now, why am I feeling bad for hurting him? Is it not like I’m rejecting my mate? Mate? Could it be possible that he is my mate? No, that’s not possible. If this had been so then, he wouldn’t have agreed to marry my sister in the first place. Then why is there an uneasy feeling surrounding my heart, making me feel guilty?

“And do you know what will be the outcome of your rejection?”, His tone came as a threatening one. He started walking toward me, staring at me all the while. “I will destroy everything you love.”, He said, looking directly into my eyes.

I shook my head and looked at him in disbelief.

“Are you blackmailing me?”

“As a matter of fact, YES. You are going to marry me today itself, so better go and dressen up to become my last-minute bride.”

“No way.” I was about to leave, but he held my hand and stopped me. His touch did something strange. I felt a spark run all over my body and felt tingling sensations.

What the hell is that feeling?

I was sure he also felt the same because he was staring at me like I was an Alien, but soon he came out of it and smirked. His eyes were now mischievous sparks.

“And I don’t like when people order me,” With that, I freed my hand from his grip and glared at him.

“Fine then, the choice is all yours. If no marriage is going to happen today, then obviously, a war will be. You have ten minutes to decide what you want.”, He said to Mr. Williams, leaving from there with his four minions.

Comments (7)
megan
I loved this

Lolit Villanueva Enerio
Sorry i dont have money to unlocked the next chapter. Pwede bang Walang bayad?
S & A W
You have a great introduction very kind of you! If they do not like your mistakes to bad. English is the hardest language to translate. 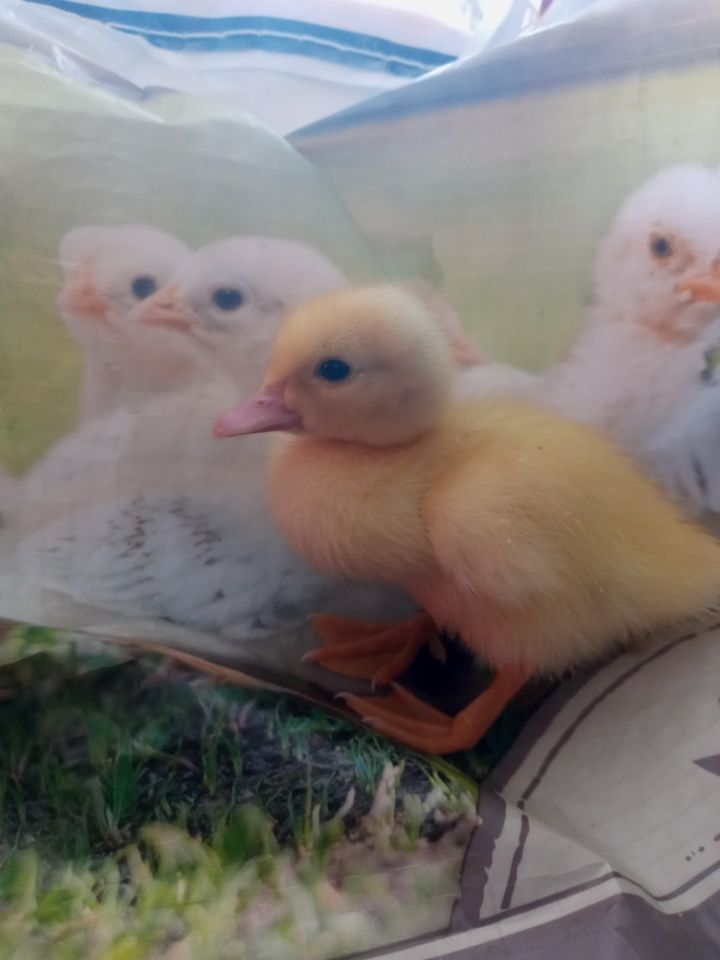 Toni
for English not being your first language it's not that bad... I've read worse... however it would do you good to get a beta reader that does speak English to fix the small problems... but it will come with practice 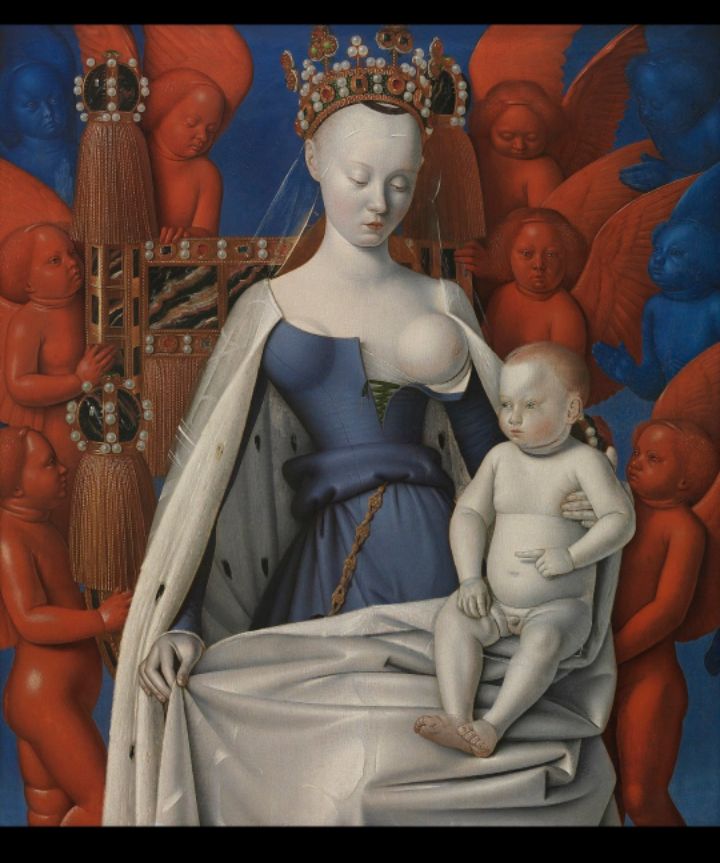 Salkinbee
this opening chapter is a mess.

Oki Omolayo
Yea it is but with that description every Luna is going to run after him
Jordan
5 feet 9 inches is short for a man.
VIEW ALL COMMENTS