That was not where I expected this whole day to go. I have an attraction to Orion. That I knew. But here is Kylo, the only one who is acting on his urges. Having a small dinner in the same garden I was sitting with Orion earlier feels a little cliche. But I am not sure why I feel this way. Even if I have some sort of feeling towards Orion, he is just being nice, he is the future Alpha. He found an orphaned 17 year old girl in the woods who thought she was just a mere human. He helped me not to be killed and ra.ped by Creep Chris, and brought me to his pack so I wouldn’t be alone.. He fed me, gave me clean clothes. Now I have a job and a home if I want it. I am trying not to think if this means anything, but I really want it to.. I want it to be more than hospitality.

“Hey Miss Laney, Are you okay?” Kylo asks me over a plate of spaghetti. I look at him and can tell he is worried.

“I am okay, Kylo. Just so much to process from the last week and a half.

“Well, if you want to talk to me about it, I am a great listener. I quite enjoy listening and helping troubleshoot problems for others. I just suck at problems of my own.” He said with a warm smile.

“Oh yeah? And what kind of problems could someone as handsome as you have?” I said with a blush and a laugh. He blushed.

I have never in my life seen such hot guys blush so hard. And both of the ones that have, it has been because of me. What is with these Werewolves?

“You think I am handsome, Laney?” He chuckled deeply and I shivered.

“I mean, I just realized I am a werewolf. But even as a regular girl, there is something magical about all of the men here.” I said with a laugh when I watched him growl.

“Calm down, Kylo. Orion, Terrin and yourself are the most handsome. So, there’s that.” He smirked. “But anyway, back to these impossible problems.” I said.

He smiled. “Trust and believe you don’t want to hear about that drama. I am more interested in hearing about you.” He said while chomping on a breadstick. His eyes went wide and looked at me. “ Wait you said you just found out you're a werewolf? Where the hell did you come from?” He said, basically choking.

“Very well. I don’t know if the big bad Alpha Orion has told you about mates yet. But from the look on your face I take it that is a no. Anyways, when you turn 18 and receive your wolf, you have the ability to find your mate. The Moon Goddess is the creator of werewolves. She creates us in pairs. She splits the soul and heart in two and places them in two beings. Could be two werewolves or other supernatural creatures. It’s basically a soul mate. Anyway, I found my mate, or soul mate if you will, and she rejected me.” He said solemnly. I sat back, unable to eat now.

“What do you mean rejected you? Like wouldn’t let you take her out? Told you, you weren’t her type?” I asked, shocked that any woman would reject someone like Kylo. He might be a little cocky but he is sweet and so nice.

“No, with mates it’s more complicated than that. But it's your turn.” He said, trying to divert the questioning from himself.  I hope he doesn’t think I am giving up that easily.

“Welp, I just told you that I just found out I am a werewolf. I thought I was just a normal human girl. But that’s not all.” I pause for dramatic effect and decide to play a trick on Kylo. “But I am no girl at all, I’m a man.” He choked on his food and immediately started turning purple. I jumped from my seat before anyone could get to him and balled my fist up and hit him right in the middle of the back. He inhaled a deep breath and chugged a glass of water.

“Jesus Christ Kylo!! Are you okay???” I asked, now extremely worried that I almost killed a friend. “Are you really a man??” He asked, still gaining his color back to his face. And I can’t take it anymore and I burst out laughing.

“No, Ky. I am noy a man, it was a joke. I didn’t think a joke was going to cost me one of my friends. I will have to make sure you aren’t eating anything the next time I make a joke.” I say sitting back down.

“I almost shifted trying not to choke, how did you know where to hit me?” Kylo asked me. “Well, the real truth is I am an orphan. And once in one of the homes, this little boy, who was the sweetest, got a grape stuck in his throat. I didn’t know the heimlich but I didn’t want anything to happen to him so I punched him in the back just like that and the grape shot out across the room.” I said laughing, reminiscing about that day.

“I see why you made the joke. You’d rather laugh and smile than think about the pain.” He said seriously.

“Are you done eating? I know you have things planned with Orion, but I want to show you something.” He said, a sincere smile on his face with his hand extended.

I have this small voice in my head telling me I can trust him. Like there is just no doubt in the cosmos that anything bad will happen. But even with my past, I am still worried. I hesitate, until I feel a pair of eye burning holes into my head. And I know the stare is coming from. Orion. I look over across the dining area and see him sitting with Terrin. I smile smally at him, he doesn’t look mad. He smiled back as his features softened at me.

“Give me just a second.” I said to Kylo. He nodded and seen what I was looking at. A small frown appeared on his face but he quickly recovered.

I walked over to Orion and Terrin.

“Hey boys. Has dinner treated you well?” I asked.

Terrin is the first to speak.

“Yes ma’am Miss Delaney. Thanks for asking. Anything we can do for you?” He asked. Orion is making death eyes at Kylo who is clearly paying him no mind.

“Orion, I’d like to meet your wolf after the acceptance into your pack if that is okay?” I asked as I touched his shoulder. I could feel small tingles in my fingertips as I touched him. He seemed to shiver at the contact.

Terrin notices this and smirks. I wonder what he’s smirking about and before I could ask, Orion takes my hand into his huge hands and kisses my knuckles. I have never been turned on before in my life. And just this small reaction has me burning..

“I’d be honored to show you my wolf. How long do you think you will be with your new ‘friend’?” He says the word friend with clenched teeth.

“About fifteen or twenty minutes but not long. I am too excited to stay away too long.” I said with a laugh.

“I will be waiting, Laney.” Just hearing my name come from his lips sounds like honey…

I nod and just as I am about to walk away Orion doesn’t let go of my hand but stands and pulls me into a hug.

“If you keep blushing like that every time I am near you, Laney. I don’t know how I won’t melt completely… Don’t keep me waiting.” He whispered in my ear. My panties are super soaked and now I don’t even know if it is a good idea to leave with Kylo… But we are all just friends. Right?

‘Wrong.’ I hear a feminie voice in my head say but nothing else.

I walk away quickly to catch up with Kylo who is holding the door to the garden open.

What the fu.ck was all of that?

Why did I react like that to him? Why aren’t I more mad at him about what he said earlier? What is wrong with me?

“Well, if I didn’t think you were mates before, I definitely do now.” Terrin says, snapping me from my trance of watching Delaney leave the dining hall with Kylo.

‘Who we are now declaring as our arch nemesis…’ Zeus growls.

“What do you mean?” I ask Terrin. His eyes were dancing with amusement.

“Orion, you have been hovering over her since you found her. When Heather stomped down the stairs this morning she straight up asked me who you have been spending time with because even she could tell someone has your attention. And I know as well as you do, that when she touches you even slightly that you melt. You can see your features change the moment you see her face. She’s your mate.” Terrin said, clapping his hands together.

“And your point? What would it matter if she WERE my mate?” Terrin scoffed before I ever even finished the sentence.

“Toi idiot. Le fait est, pourquoi ne cours-tu pas après elle ?” (You idiot. The point is, why aren’t you chasing after her?)

“She has CHOSEN to hangout with Kylo. She isn’t like any other girl I have ever talked to Terrin. I can’t just say, “No I am the Alpha, you can’t hang out with him because you are my mate.” She doesn’t even know about everything. She just found out she was a werewolf…” I growled at him.

When I thought he would drop the conversation he just smiled.

“Ahhh. This is VERY new behavior for you. You respect her! AND her feelings?” He said in a whisper with a smile on his face. “Well, if she means anything to you, you can’t let Kylo show her the waterfall. You know that is the perfect way to woo a girl like that.”

There is no fu.cking way in hell I am losing out on a once in a lifetime chance of having that amazing woman as my mate..

‘And if we have to challenge Kylo?’ My wolf asks me. 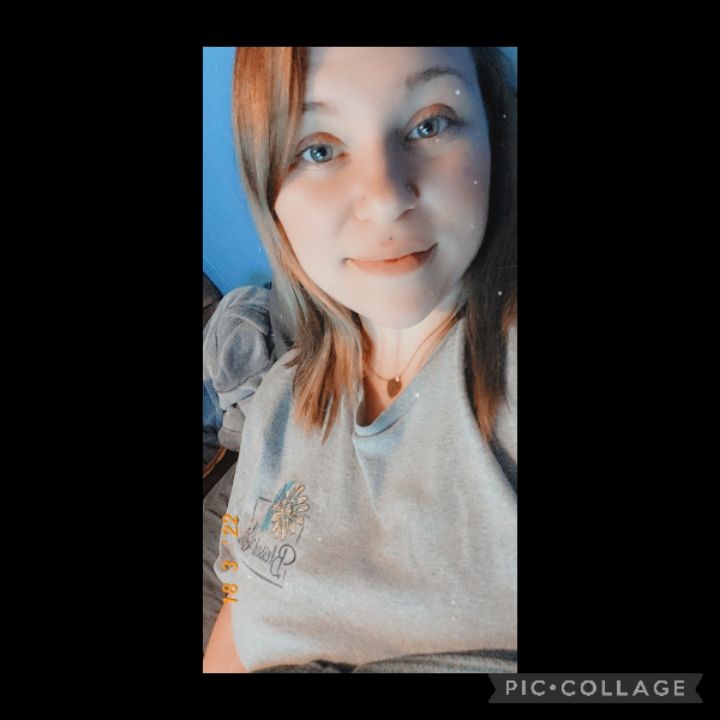 Hey guys, I really hope everyone is enjoying my books so far! What do you think will happen next!!

Anita Fesler
im glad!! its been weighing on me, hoping that everyone will enjoy it this go!! 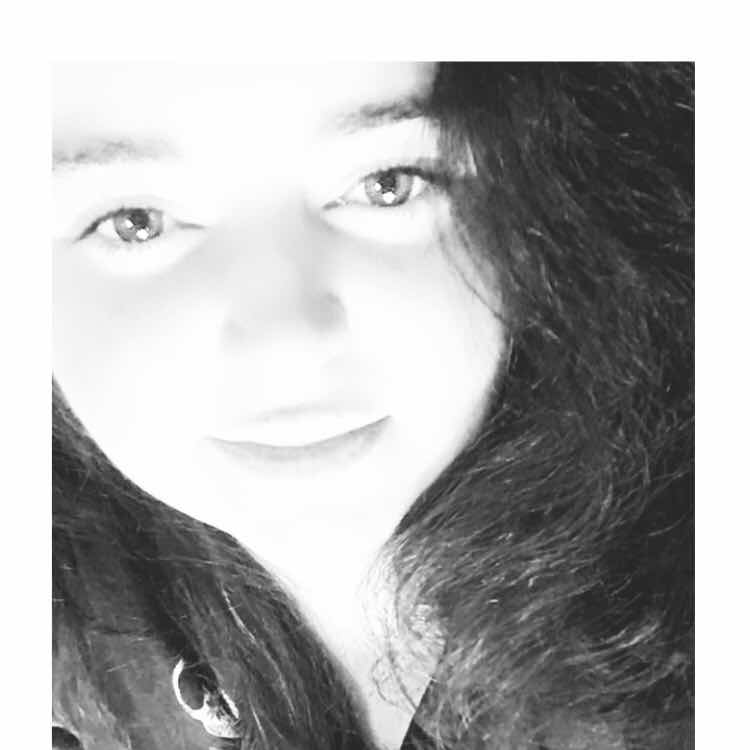 London Henderson
I loved the first version! And I’m just as hooked on this one!
Katrien
Oh I wanna read more! :-)