Well, until now, both the brothers had a habit of cake on each other’s Birthday together. So that they could get a chance to enjoy the cake cutting for two days straight.

“I’m going to check my gifts.”, Calvin asked, running into the guest room where the gifts for Colton were kept yesterday, but to his surprise, it wasn’t there. He looked around the whole room twice but didn’t find a thing and then he looked at everyone.

“No one brought a gift for me?”, He asked so cutely that it could melt anyone’s heart.

If anyone would have joked at that time that they had picked him from the roadside, and that’s why no one brought a gift for him, then he would have believed it for sure.

“That’s in my room, champ.”, Eden said with a smile, and in no time, Calvin ran toward Eden and Arya’s room to grab his birthday gift.

He busted a few of the balloons holding them with both his hands and giggled, and then opened the gift that was for him, just like Colton had received two gifts and a birthday card from his dad’s name. And when he observed the handwriting, he knew that Colton was right since yesterday, but just like his brother wanted, he didn’t question anything with his mother.

But that didn’t mean he didn’t have any questions for her. But for a while, his mind was diverted when he found all those things as a gift that he wanted.

“Calvin, It’s Aunt Rebecca’s call.”, Saying this, she gave her phone to him.

“Thank you, Aunt Rebecca.”, He replied, and then Oliver wished him ‘Happy Birthday,’ and then both his cousin, Steve, and Charlotte. He thanked each of them and also wished them ‘Happy New Year,’ but he didn’t miss observing how their family was complete. There were a mother, father, and children.

If this was some kind of adventure, then he hated the fact that his father was on an adventure, leaving all of them. All the thoughts brought tears to his eyes.

“Calvin? What happened, Baby?” Sophia asked in concern, wondering what happened to him all of a sudden.

“I want dad HERE on my birthday.”, Calvin yelled this time, cutting her in between, leaving Sophia in shock. Because neither of her kids shouted or yelled at her until now, she could see that their patience was wearing out.

“He can’t come here.”, Sophia replied, knowing that at this moment. Neither chocolates nor toys.

“Calvin!!” Sophia shouted his name loudly before he could say such an inauspicious word. Her heart started pounding loudly in fear when the thought of something happening to HIM came across her mind. She knew in what situation they got married, and she also knew that he never loved her, but she knew that she loved him. She always did, even after whatever happened between them. “Your dad is very much alive. So, dare you say anything like that.”, She snapped. She picked up his long coat and walked out of the apartment because she knew if she would stay a little longer over there, then either slap Calvin or end up revealing something about his father that she shouldn’t. At least, not now.

Calvin was crying non-stop, hiding his face in the pillow after Sophia left the apartment. He wasn’t ready to listen to anything from either Eden or Arya. In the end, Colton took the responsibility of calming down his baby brother.

He, too, laid beside him and whispered in his ear, “I know the name of our dad.”

Calvin quickly lifted his head from the pillow and looked at Colton with his red and puffy eyes. “Really?”

“I’m not sure, but I think there is a chance that the name which I find out can be of our fathers.”, he whispered so that Eden and Arya couldn’t hear him but little did those little kids know that they were werewolves and could hear even a whisper.

Colton wiped the tears of his brother. “I need your help to confirm my doubt.”

“But how… how can I help? I’m not smart like you.”, Calvin questioned innocently.

“You don’t need to be smart to help me. All you have to do is SHOPPING for all your favorite things because it's your Birthday today.”

“Yes!!”, Whispering this, Colton pulled down the card that he had been hiding with him since last night. Calvin took that black card from Colton’s hand and looked at it carefully. He read the name on the card ‘Brandon Haysbert.’

“Not sure. Until we found out, I checked about him over the internet on my tablet and found a lot of people with this name. This card is five years old and going to expire next month. It seems like this is our last chance to figure out the truth and see that someone has written the PIN on the card with a marker.”

“What if this doesn’t work out?”

“We will never know until we find out.”, Colton motivated, on which Calvin smiled. “Now, act like you’re still crying. I’m going to fool both our aunts.”, Saying this, Colton left the bed, and Calvin again hid his face on the pillow.

“Aunt Emma, Aunt Arya!! Calvin was not even listening to me and said that he would stop crying only you will take us to Mall.” Colton tried his best to look sincere with his expression and lied smoothly.

‘I don’t know how to react to his lies. A part of me finds it funny and wants to laugh out loud, and another part of me is highly impressed with both of them. They both are trying their best in their way to find their father.’ Arya's mind linked Eden.

‘Let’s help them, Arya. Not just both the kids, but even their mother need her Ex-husband. Even if he would have moved out, they should know about it. Who knows, even they would move on in their life by accepting the current truth.’

“Okay! Let’s get ready then.”, Arya said, hearing Colton jump a little happily, seeing his plan getting successful. Both Eden and Arya made them wear warm jackets and caps, gloves, and shoes before taking them out.

Eden texted about the same to Sophia before taking them out. Of course, she didn’t tell her about the small little plan that was going on kid’s mind.

Once everyone reached the Mall, both the kids looked for the toys shop where they were planning to use the card, but at the same time, they had to get rid of their Aunts for a while. They had already decided that Colton would be the one who would perform the task while Calvin would distract the Aunts.

“Okay!”, She agreed to take him to the washroom when Colton started his drama.

“But Aunt Eden! I don’t want to go there. Let’s go there and order something to eat.”, he said, pointing toward the food court. “Both Aunt Arya and Calvin can join us over there.”

“Fine with me.”, Arya played along.

The moment, Eden walked toward the counter to order pizza for everyone. Colton sneaked out from there and ran with his tiny little legs as fast as he could toward the toy shop which he had seen on the second floor.

‘Please, god! Help me. It’s now or never.’ Colton prayed in his mind and kept running as fast as he could, trying his best not to get caught, but Eden was keeping an eye on him without his knowledge. First, to make sure that he would land in any problem, and second, to keep him safe from all the evil eyes because Colton was an adorable and good-looking kid, there could be a chance that someone might think of kidnapping him, seeing him alone.

Colton sighed in relief when he finally reached his destination. Seeing him alone, the shopkeeper watched him and looked around, waiting for someone to accompany him, but no one came with him. Colton gave a small smile to him before speaking, “Happy New Year, Uncle.”

“Happy New Year too, dear. No one is with you?” he asked, wondering who left this kid alone.

“My aunts and my brother are in another shop.”, he lied before running toward the collection of toys. He already knew the taste of his younger brother, so he picked up a couple of the things, and then his eyes landed on a big panda.

He knew that Calvin would love that Panda.

With his tiny little hands, he took all the things in three rounds. Since his height was not enough to look at the shopkeeper directly. The shop owner stood up on his feet and looked at him.

“I have to purchase all these things and that big Panda.”, Colton said, pointing his finger toward the big Panda, the was bigger than 6’feets.

“Are you purchasing this for yourself?”

Colton shook his head, “No. It’s for my brother because it’s his Birthday today.”

The shop owner’s heart melted hearing him. “That’s so sweet. You’re such an amazing brother. And sweetheart, how you’re going to pay for all this?” he asked curiously, thinking there would be no chance he would have the cash to pay for all of these things.

“Here.” Colton gave him a black card of Brandon to him. “With this card.”

The shop owner held that card in his hand and then looked at Colton, who was a little bit nervous.

“Whose card is this, Kid?”, The shop owner said when he saw the black card. Not everyone could afford it; this card was issued to a limited number of customers.

“It belongs to my dad.”, Colton replied even though he was not sure about it YET.

The shop owner didn’t believe him, on the top the pin of the card was written on the card, what if this kid would have been found this dropped somewhere? “Can you bring some elder with you to confirm the same?”

Colton gulped his saliva nervously, “If you don’t want to sell me anything, then it’s fine. Give dad’s card to me.”, he said, to escape out of the trouble he landed accidentally. He raised his hand to take a card from him, but the shop owner didn’t return the card to him.

“You’re not getting the card until you call your Aunts here, or I will call the police.”

“Police?” Colton’s eyes widened in shock. He had never thought that in search of finding his father, he would end up going to jail? Or worst, instead of him, his mom would suffer in jail. 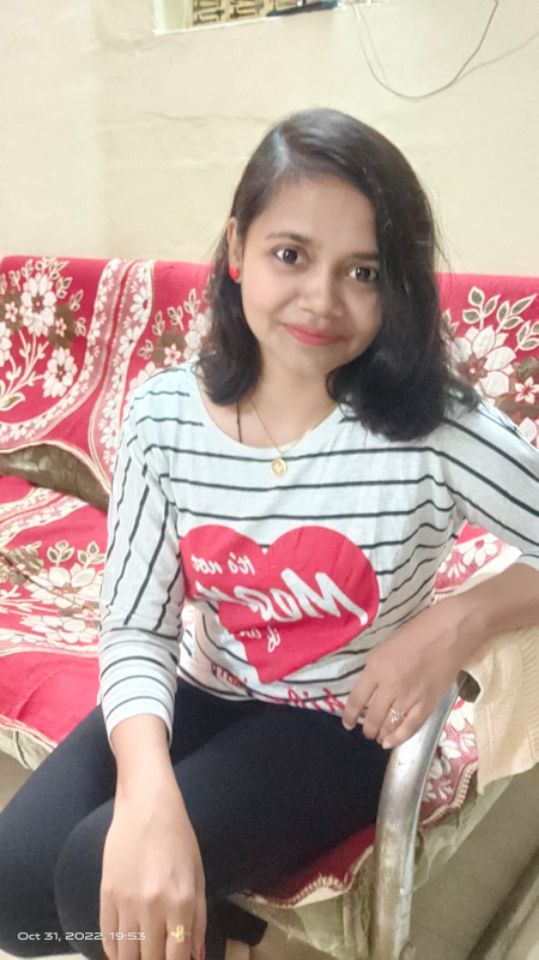 Thank you for reading the story!! Don’t forget to shower your love on it through, vote, comment, and review.

Prerana Kushwah
ohhh now he is in trouble