"Hey Rosalie, I heard Peter and a group of boys talking about going for a run in the woods." When Rosalie bumped into Melissa in the corridor, she said.

“Why? I'm not interested in anything those knuckleheads intend to do."

"I heard they're going to drink." Melissa made a sly remark.

"If I leave now, Mom will murder me." Rosalie sighed and frowned. "She's still mad at me for being dirty, and if she sees us together, she'll be furious. She was about to lose it."

"I'll go first, and you can follow me after a while." Melissa made a suggestion.

Rosalie felt her wolf take over as she kicked off her heels near a fallen tree. She couldn't shift without being supervised. Because the juvenile wolves were prone to losing control, they were not allowed to shift on their own unless accompanied by responsible adults. Rosalie, on the other hand, had greater speed and awareness as a wolf than the typical human. She took another deep breath to calm down before sprinting into the woods in her human form. It wasn't as fast as being in her wolf form, but it was just as satisfying.

As she dashed through the forest, she could feel the thin branches and dead withering leaves crunch beneath her feet. She adored the sensation of cool air on her skin. She could hear the waterfall from afar; it was her hidden hideaway. She took a step back and climbed a boulder. The stream was pouring into a lovely tiny waterfall, which she could see. Melissa had vanished, and she had no idea where she was.

She took a step back before leaping high into the air. Ripping her dress once more. She muttered a curse. What was she thinking? I've already been grounded. She landed on the other side of the stream after flying across it. As she landed on another body, she gasped in disbelief. He was sitting on the boulder she had just hopped on, cross-legged. As she collided with him, she let out a scream. Their limbs intertwined as they plummeted into the creek.

"What were you thinking?" As they resurfaced, breaking the water, a male voice bellowed.

He growled, "Have you lost your mind?" before finally realising who had jumped on him.

"Can you tell me who you are?"

Rosalie locked her gaze on the stranger, who appeared to be between the ages of 21 and 22. He stood a foot higher than her, his physique was all muscles, and his dark hair was dripping with water as it poured down in rivulets over his chiselled handsome face. His green eyes glimmered with rage. Her wolf, huddled inside.

"You want to know who I am in our territory, right? What the hell are you doing here?" She said it all at once. Strangers were something her mother had cautioned her about. Should I alert the pack ? she pondered.

"Aren't you ever tired of being so hyperactive?" he asked, disapprovingly clicking his tongue. “What do you think a little girl like you is doing in this place?"

"You didn’t answer my question, who are you? What are you doing in the Silver moon pack area?" She asked stubbornly.

He grimaced, then softened his expression; the young child was frail, and it was pointless to scare her.

"My name is Alex Greyson, and I'm a Alpha of the Greystone pack. I've come to your Alpha's coronation because he invited me. So, if you're worried about alerting everyone about an intrusion, don't be. I have no desire to take over this dump." He shrugged his shoulders.

"Oh!" Her mouth opened wide in amazement. She had just leapt on and insulted a visiting Alpha!

The pack had invited a number of significant people, including members of the council and numerous pack leaders. Alex Greyson was a magnificent Alpha, and his pack was powerful and formidable. And he was staring at her right now. She thought to herself, "Mom is going to kill me!"

"I was just running! I didn’t know you were here; I am sorry." she said defensively and started to move out of the stream.

"Whoops!" She tripped on a rock and dragged him along in the water. But he was cautious about it. He snatched her arm and dragged her to her feet.

"You're a calamity! Take care of your slick feet."He shook his head, frustrated, and began to pull himself out of the water.

She grumbled but began to follow him, and just as she was about to slip for the third time, he swooped in and saved her by grabbing her tiny waist.

"Thanks," she muttered as she got out from the stream without even looking at him. "I need to go back and change. I have ruined the second dress today. Mom spent hours looking for it online."

She sighed but then she finally realized why was he here? He should have been in the hall with other guests.

"What are you doing here all by yourself, Alpha Alex? Isn't it true that you're supposed to be with the other visitors?"

He was not moving, he was frozen at the spot, staring intently at her. She frowned.

"Alpha Alex?" she inquired. "Do you think you're all right?" She grabbed his wrist and urged him to go. He refused to budge. "Oh, my goodness, I've turned you into a popsicle!" she shouted, rubbing her hands together in an attempt to thaw his.

"Oh, dear! did you get hypothermia? Please don't die!"

He gently moved her away from him. As he got out of the stream, he muttered hoarsely, "I'm alright."

"I guess I should leave," he began, then paused as if pondering a question.

"Can you tell me your name?"

"I am Rosalie Murdoch. Wait," she stopped him. "You didn’t tell me what were you doing here alone ?" she asked him curiously but then she bit her lips because she thought she was over the line for questioning an Alpha.

"No, it's fine," he replied abruptly. He needed to leave, but he figured he could talk to her for a few minutes. The girl who made his heart skip a beat in an oddly pleasant way.

"I was thinking about.... stuff," he paused, "if I could lead my pack just like my father did, I'm worried that I might disappoint my pack members."

"You'll do fine." she said confidently, " You know my dad says, we should not worry about the result. We should put in our best efforts into our work and leave the rest to fate. If something must happen it will happen. If you are honest in your efforts, I'm sure you'll be the best alpha they ever had!" she smiled at him widely. Her whole body was drenched. Her teeth chattered.

His gorgeous face lit up with a grin. "Your father is a guy of great wisdom. Thank you for your kind words."

He turned and looked at her. He finally noticed the torn and sad fate of her dress.

"When your Mom finds out you were running around in the forest, she'll be furious," he hesitated.

"Yeah, I was already grounded," she admitted sadly.

"Come with me; I'm sure Sarah, my sister, will be able to find you something to wear."

She gave him a cheerful look. "Thank you," she murmured, blushing.

He instantly realised how much he enjoyed seeing her flush. "Let's go then, the coronation's about to start," he said, smiling again as he extended his hand to her like a gentleman inviting a girl to dance.

Rosalie sashayed around in her new sleeveless baby pink and blue dress. Amelia looked at her with a puzzled expression. "Rosie, where did you obtain this dress?"

"I....um, Melissa gave it to me," she explained casually, indicating that she wasn't completely lying. She didn't want her mother to find out that she had nearly ruined the pricey dress.

"Amelia," her father whispered as he put his hand behind his mate's back.

"We have to leave right now," he added as he ushered them into the chamber where the other wolves were being seated. They sat in the same room as the other Betas and their families. For them, it was a proud moment. 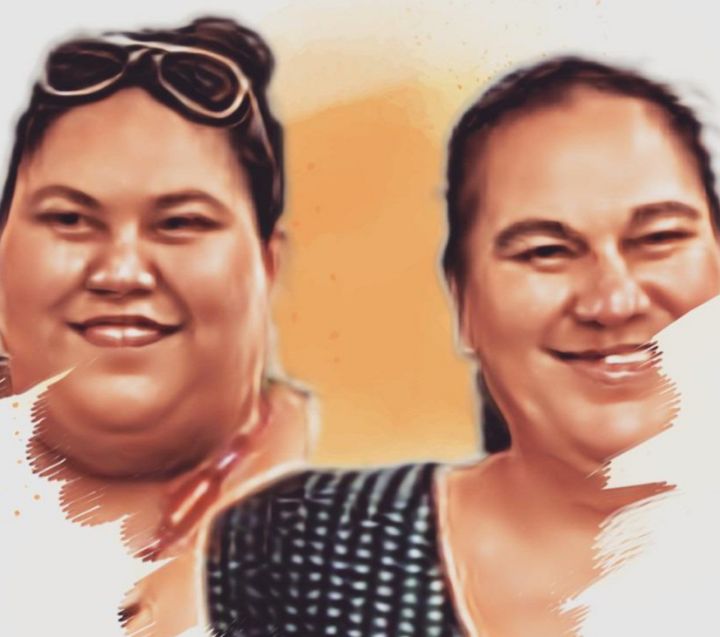 Patricia Clarke
it sounds like Alpha Alex is her mate? This is intriguing