“Don’t tell me that you are leaving again, Curtis.” I asked inquisitively as he ended the call. Sulking with distress in my inability to spend time with him. It’s been too long since we even went on a date.

His brows arched as he responded with concern. “Babe, I am so sorry but that was my Dad and he needs me to take care of pack business. It’s critical.” He bent over me to give me a last kiss on the lips before leaving the room. I tailed him down the stairs.

“Are you leaving the pack again and for how long this time?”

He stopped at the foot of the stairs looking at me sympathetically. “It’s just for two days and I will make it up to you. I promise.”

He hugged me in the living room with both hands squeezing my bum. Then he took his right hand and brought it to my front so that it went underneath my box-pleated skirt. Then his fingers massaged the outside of my panties so that I would get arouse and wet.

“Mmmm.” I clung to him because I itched for him to complete the task.

“I know that you want my dick and I promise to fuck you good when I get back.” He whispered in my ears. I blushed and reluctantly let him go. I watched as he went out the door.

Our relationship felt strained because I had been away at college for the year while he remained here training. I had visited on holidays and sometimes he came to the campus to visit me but I hated the long distance between us. He was one of the reasons that I decided to come back home and study online. We both had tried to keep the romance going in the relationship any way that we could so maybe I should just let this busy phase pass through and it would be alright eventually.

I didn’t think he was cheating because as I was in training too but not as adept as he has been, I knew how busy the warriors could get especially when patrol was doubled and heightened due to threats to the pack. Our Alpha was fierce and vicious, and had built a reputation for himself throughout the werewolf kingdom as the most formidable of our kind..

The pack knew him as a man of principles and he doesn’t support preying on the weak. He thinks we all have potential and need grooming into becoming the best version of ourselves so that his pack could flourish. He hated pettiness and foolish behavior but he allowed his pack to have fun. Like we had our fun day once a year where we engaged in competitions base on being assigned to a particular house. There were five houses names after precious stones, Lapiz (blue), Tigerwood (brown), Rose Quartz (pink), Green Sapphire and Onyx Paws (black).

Persons living here had no reason to leave unless they broke the law and feared the Alpha’s punishment. The crimes of the guilty was always published and the evidence or witnessed noted so that all pack members understood the reason for his verdict and outcome. While he tried to be a fair ruler over us, he was ruthless to outsiders. We were usually comfortable around him until he used his alpha command or released his growls as warning.

I woke the next day around five am and made it to the training ground. I wanted to do some runs along the field to stretch my joints. The trainers were already there as they opened up the stadium and prepared for the day. I greeted each of them and continued jogging around the tracking field.

I thought about Hailey at the mating ceremony but I knew that our other friends from high school would be there with her. They probably grouped up in their rooms to chat and have fun for today. She sent me pictures and posted them on her social media. Hailey had fun anywhere she went because she created the ‘F’ in fun. I texted Curtis and wishing him a great day. He responded and optioned for some phone sex later.

-Curtis: Toots, I want to see you in that daring black lace underwire bustier with cutout panties.

I blushed with an exciting grin.

-Me: Just name the time and I'll be ready for you.

-Curtis: Eleven should be good. Most of these guys are usually in their own zones by then.

-Me: Don't disappoint me, Curtis. I truly miss you.

-Curtis: I am trying to get some days off so that I can have you to myself. I will officially make you mine when I get back. Are you ready to be marked by me?

After that, I jogged towards the forest and decided to release my wolf for her run. She was so cheerful and ran up to the stream to have some water. We sat at the side of it and allowed nature’s breeze to cream our fur. This was the relaxation that she pined for because wolves enjoyed frolicking in nature and being with their mates.

We saw butterflies pitching on some daffodils in the field next to us and my wolf mischievously jumped on the flowers to disrupt them. She rolled in the grass as they scattered away. As soon as I got back to my human form, I scurried to cover my nakedness and pulled my emergency clothes from behind a tree to the left side of the stream.

Later on I arrived at the café, when my boss, Mrs. Tara Henchcliff greeted me with a wide smile on her face. I smiled back at her because it meant something good must have happened. She beckoned to me with her hand inside the office. “Come on, Sianna.” She impatiently said.

“Ok, just a sec.” I put up my purse and checked myself in the mirror before entering the room. “Wow!” I shouted as I saw five bouquets that were colorfully arranged and placed neatly into the corner of her office on the desk top. “Tara, I didn’t know that Brody was such a romantic!” They were beautiful and I felt a little jealous but obvious her lover was making a statement of his affections to her.

She chuckled, “They aren’t mine dear.” I’m confused now. “They are for you.”

“What?” I have gotten flowers before from Curtis but not in this proportion. Maybe this was his apology gesture for ducking out of our loving making time last night. I got closer to examine each bouquet and read the notes.

Note 1: When two souls collide they can only become one, just as you are mine and I am yours.

Note 2: I’m captivated only by you - the most precious gift in the world.

Note 3: Your eyes captured my soul and your beauty, my heart.

Note 4: My world, my air and my everything.

Note 5: Time is all it takes for a bond to grow stronger. I will fight for you.

They all had a signature that was not too obvious to anyone but me. The last word of each had a VW underneath it but it was done in a logo style. I smiled nervously as Tara observed my reaction. “Curtis.” I lied to her but in fact, they were from my mate. My soon-to-be ex-mate who no one but Hailey knew about.

I couldn’t believe he was trying to woo me with those corny lines. He was handsome with his shoulder length jet black hair and piercing green eyes that felt like he was reading into your soul. “I’ll need a cab to take these home.”

The gall of the man! Sending me flowers at work to draw attention at us. I would give him a piece of my mind if he ever allowed others to know of us. I would publicly reject him and cause him the biggest embarrassment if he tried.

“Young love.” Tara said in admiration, as if remembering her younger days.

“You are still young too.” I reminded her, “Why do you act like you are my Mom’s age?”

“Your Mom is hot and classy.”

“Do you swing both ways?” I eyed her peculiarly.

“I used to when I was in college.” She said frankly and then added proudly, “Before meeting Brody I was a wild one, but now the mate bond is powerful and the greatest magical splendor that we wolves could ever experience.”

I shook my head and muttered sarcastically, “You are such a role model for me?” She laughed.

“There’s nothing wrong with exploring before finding your mate.” She continued to badly influence me. “How much have you experience with or before Curtis?”

“I am fine with what we have.” I defended proudly.

“You could have two guys instead of it being you and another girl.”

“Tara!” Aghast, I sharply glared at my senior. She was only three years older than me, and to think that she had this bold wild side underneath her humbly saint-like appearance. “How does Brody manage you?”

“Again, you are a bad influence on me.” I shook my head in repugnance and walked away from her laughing at my ignorance. Curtis has never talked about doing anything wild in our sex life. I wondered if he was into that stuff.

I quickly went back around the front to open up the doors to receive our customers for the day so that I could get busy and take my mind off my mate. I turned the sign on the door to reflect that we are now open. I needed to focus on Curtis, my studies and then my training.

As I started to sanitize the tables nearest to the cashier counter as my morning routine, the door opened and in walked the Alpha with his Beta and Gamma. What the hell?! 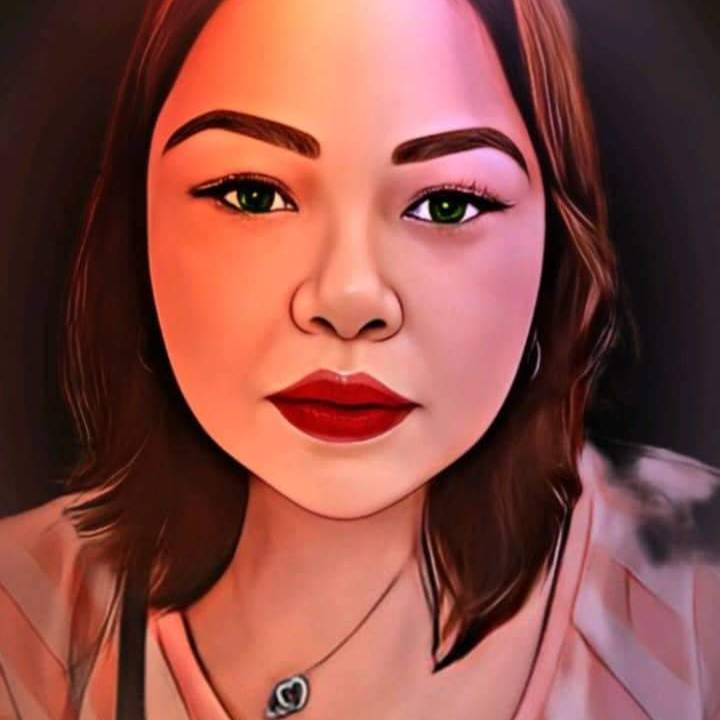 lady E
choose one at a time Girl. lol

Hailey Sinclair
Thought so too

Melissa Wilson
She seems a bit silly. You really wanna reject someone publicly???
VIEW ALL COMMENTS