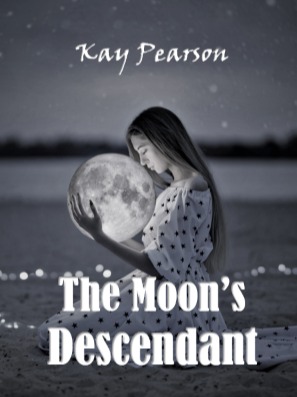 ***COMPLETE***!! Mature content 18+ !! Contains violence, abuse, sex and death.------Hidden in the dark of the forest, lives a small community of Weres, known as the Tri-Moon Pack. For generations they remained hidden from the humans and maintained a peaceful existence. That is until one small woman throws their world upside down.After saving the young woman from certain death, the Alpha-son, Gunner, brings her home. Bringing along a mysterious past and possibilities that many had long since forgotten, Zelena is the light they didn't know they needed.With new hope, comes new dangers. A clan of hunters want back what the pack has stolen from them, Zelena. With her new powers, new friends and new family, they fight to protect their homeland and the gift that the Moon Goddess has bestowed upon them, the Triple Goddess.-------"I could smell your desire" he said as he plunged his fingers deep inside me. I gasped and threw my head back. He moved his fingers in and out, pressing deep inside my core. "Do you want him" Gunner growled,"No" I moaned, arching my back and pressing my groin harder against his hand."Who do you want"He inserted another finger, making my breathing fasten and my stomach tighten."I want you""Who's are you""I'm yours" I moaned feeling my climax looming. As he drove his fingers into me harder, I could feel my legs shake and my insides contract.I groaned as the first wave of my orgasm hit. My toes curled and my clit throbbed, but he didn't relent. I melted into the mattress as his fingers slowed. He removed his hand and licked the juices from his fingers. "You're mine, this is for only me" he sucked my cum off his middle finger and smiled at me wickedly.