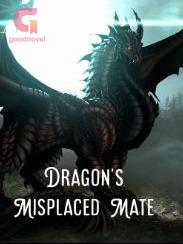 Blaze is the black dragon, who is the king of the dark realm. The unknown realm in the Fairy. Only a few Fae know about the existence of the biggest realm in Fairy.Blaze is powerful, fierce, domineering, minds his own business and his word is a rule in the dark realm. He is intelligent and prefers to be alone. He doesn't lack the attention of a woman, but no one ever captured his attention for more than an hour.Isabella is a human girl, who was kidnapped from her home to replace her look-alike, Arabella.Arabella belongs to a rich family in fairy, whose mother is a fae and father is a human man. Her father forced her to participate in the bridal run, where a dragon claims a woman as his bride.Isabella wakes up in fairy, all disoriented. Before she could understand what is happening around her, she is being claimed by Blaze, who usually never participates in these runs, as his bride.Will Blaze find out that the girl he claimed is not who he thinks she is?Can Isabella go back home?Will Isabella's hate for dragons become a hinder to their love?What are the reasons behind her occasionally glowing palms?Where is Koni?Or, is it someone else from his family?Will he be successful in Bela?