Marco is currently holding Luca's mobile phone with him. As soon as the food was served his mobile rang with an incoming call. Marco looked at the caller id and noticed it as an important call. So he promptly handed the phone to Luca.

Emma's face became red, and tears are pooling in her eyes. She didn't dare to raise her head or make a sound to disturb Luca, who is on the phone, talking to someone.

Peter is looking at Emma with worry.

Emma is struggling to finish the sandwich. She doesn't want to anger Mr.Vitiello. She is grateful for what he is doing for her. So doesn't want him to think about her as ungrateful. So she just kept eating, even though her stomach started to ache and burn with the spicy food she is eating.

Luca finished his call and handed it over to Marco, who is still standing behind him without looking back.

Luca looked at Emma, who is looking at her plate as if it is interesting to look at. That's when he noticed her trembling hand, which is holding the half-eaten sandwich.

'What is wrong with her? She did not tremble this much when she was pleading with him just a while ago' he thought.

He noticed a tear slipping down from her right eye before falling on the dining table beside her plate.

His now usually cold face has a small frown.

As Marco is standing behind him, he didn't notice that.

Peter is more concerned for Emma, so he notices the flicker of emotion their boss is showing at that moment.

Emma slowly raised her head and looked at Luca.

Luca looked at her usually fair and porcelain skin is now red and her eyes are teary.

"What happened to you?" Luca stood up from his chair and handed over some water to Emma, who is breathing through her mouth.

"It's Spicy" she whispered before taking the offered glass of water and finished it in a second. He offered another glass and she finished it up as well.

"Why did you eat it if you can't eat spicy food?" he demanded.

"Bring me something sweet" he snapped at Peter who stood there frozen like a statue.

As soon as Luca snapped at him, he ran inside and brought a piece of chocolate cake, which Emma prefers.

"Eat this" he snatched the offered plate from Peter and placed it in front of Emma.

Emma's hand shivered with the unbearable burning sensation in her stomach.

Luca looked at her trembling hand and started to feed the cake himself.

"I can't" Emma whispered Clutching her stomach after a few spoons.

"Damn it" he cursed and lifted her into his arms bridal style and took her into her room.

Marco, who never saw his boss caring for anyone before, is looking at him as if he is an alien.

"Call a doctor" he snapped at Marco who is standing there stupified.

Marco immediately nodded his head and dialed the doctor's number.

After that both Peter and Marco stood side by side in a daze.

"Where did you guys go for the last one month?" Peter inquired.

"Nowhere. He stayed in his parent's house in the city which is now empty" Marco answered truthfully.

"Why? As for as I know, he didn't like to stay in the city" Peter asked.

"I am not courageous enough to ask our boss about such things" Marco answered.

Both Marco and Peter know each other for a long time. Peter is also Marco's father's friend. He used to come to their house all the time when his daughter was still alive.

"Why are you asking these questions all of a sudden? Since when did you start gossiping like a woman?" Marco muttered.

'That girl' he thought fondly.

"I was just wondering that our boss changed a lot. I never saw these many emotions on his face. Even as a kid, he was as cold and detached as he is now. Since his mother's death, I never saw him caring for another person" Peter answered in shock.

Clearly, both Marco and Peter are shocked.

"Don't kid yourself, he just killed a mole who betrayed him. He seems to soften a little for Miss Emma. We were not planning to come here. He had a meeting with an underboss from another outfit. But then, he got a call from the principal of  NYU.

That's the college Miss Emma would be going to in less than a week. So We went and bought a laptop for Miss Emma. He came here to deliver it to her personally" Marco revealed everything that happened a couple of hours ago.

He found his Boss's behavior as odd, but he didn't question it then. But now, Marco understood that his boss has a soft spot has to miss Emma.

In her room, Emma is in so much pain. Usually, Luca sees people he tortures in pain as well. But his heart never responded to their pain. But looking at her innocent face twisting in pain, he is feeling restless and anxious.

'What the hell is happening to me?' he thought with irritation.

'Feelings and emotions are a weakness Luca' his father's words rang inside his head like a church bell.

'Father might be twisting in his grave with displeasure' he thought.

Everything that's happening with Emma is complete with what his father taught him.

But who would tell his heart to behave and stop feeling, when he is in front of this innocent kitten?

'Who would have thought a lion would soften up to a kitten instead of eating up from his meal' he thought.

Just then the doctor arrived. He checked Emma and gave her a pain killer and some medicine to soothe her stomach.

"She clearly cannot handle spicy food. Just give her soups for the next 24 hours. She will be fine" he said and left in a hurry.

The doctor Mr. Adam is the one who usually treats Vitiello's and he is scared of Luca. He is in his early 40's and the hair on his head thinned in the middle, leaving him almost bald in the middle and only the sides of his head have hair.

After the doctor left, Luca noticed that Emma is not looking that painful.

"Why did you eat it, if you can't handle it?" he really wanted to know.

Emma is feeling guilty for troubling him. Her face is sad with guilt.

"Kitten," he asked again with impatience.

"I don't want you to think about me as an ungrateful girl. So I ate it with the out complaint" Emma mumbled truthfully.

He thought about many possibilities, but this one is not one of them. People usually do stupid things in front of him to impress him.

But this stupid Kitten suffered because she wanted to show him that she is grateful for his help.

His heart softened a lot, making him uncomfortable.

"Don't do stupid things like this ever again" he scolded her coldly and left.

He went downstairs and collected his mud-stained jacket.

'You are going soft' he thought and threw that jacket in the empty trash can under his desk before leaving the mansion.

"Don't cook spicy food ever again" he snapped at Peter before leaving.

Sisi L.
The story seems good, but the author's grasp of the English language is not very good. Much of their own culture is being portrayed as American is not correct.

Peta
falling hard I see
Jen M
This reaction from black pepper? It’s not even “spicy”.

Marleny Scarda
love is in the air. 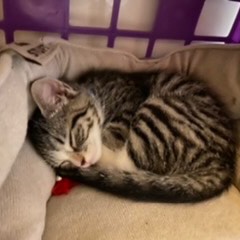 Jezebel Alexis
Instead of it for his meal not instead of eating up from his meal.
VIEW ALL COMMENTS